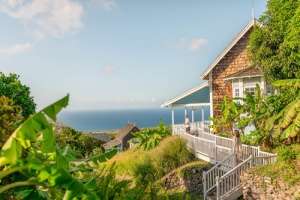 Breaking Travel News- As the summer season winds down, the excitement surrounding St. Kitts continues to grow.  From a newly launched brand campaign to impressive accolades, the destination continues to amaze travellers and the travel industry while capturing global attention for its tourism product.

In celebration of the launch, The Tourism Authority hosted an intimate gathering of media, stakeholders and honoured guests to be among the first to view the new campaign.  Attendees luxuriated in the atmosphere at LAVAN541; a space reimagined to transport guests to the luscious rainforests and stunning beaches of St. Kitts.

In tandem with the New York Venture Deeper launch event, The Tourism Authority expanded its scope into Canada, hosting a culinary event in Toronto that immersed guests into the rich culture of Kittitian cuisine.

“The spotlight on St. Kitts has certainly brightened the past few months,” said Ellison “Tommy” Thompson, CEO of St. Kitts Tourism Authority.  “First, the launch of ‘Venture Deeper’ was met with positive reception from our target audiences and has given St. Kitts an authentic brand identity.

Secondly, we have an innovative new tourism product in development that will capture leisure travellers’ attention and make St. Kitts stand out as a premier Caribbean destination.  With new developments in the pipeline, we are confident the rest of the year is looking even brighter for St. Kitts.”

St. Kitts continues to be awarded for its unmatched landscape, cuisine, hospitality, and experiences.

The 2022 Condé Nast Traveler Readers’ Choice Awards, one of the most prestigious travel industry recognitions, ranked St. Kitts among the Top Islands in the Caribbean and recognized The Park Hyatt St. Kitts Christophe Harbour in the Top 40 Resorts in the Caribbean Islands.

St. Kitts was also honoured as a Silver Award Winner in the notorious 2022 Travel Weekly Magellan Awards for the Caribbean- Overall Destinations-Adventure Destinations category.  Further, the destination retained its position as a hotspot for diving and was awarded the prestigious title of Caribbean’s Top Diving Destination 2022 at the 29th annual World Travel Awards.

“St. Kitts is thrilled to be recognized across such highly-regarded publications and awards,” said Melnecia Marshall, Deputy CEO of the St. Kitts Tourism Authority.  “It is incredibly fulfilling to see our beautiful country stand out as a top choice for travellers.”