Diplomatic relations between the two countries were formally established in 1983 when St. Kitts and Nevis gained Independence from Britain.

Monday, Tsai was conferred The Order of St. Christopher and Nevis, the highest honour that can be bestowed on a non-national.

“Looking to the future, I hope that the Governor General will continue to extend his greatest support to Taiwan so that we stand shoulder to shoulder on the international stage and do our part to create a better future for all,” Tsai said in accepting the honor.

During her four-day visit designed to strengthen the bonds between the two nations, President Tsai met with residents and experienced historical and cultural highlights of St. Kitts and Nevis.

The trip included a visit to the sister island of Nevis, where she accompanied Mark Brantley, Minister of Foreign Affairs as the twobroke ground on the multi-million dollar Pinney’s Beach Recreational Park Project; laid a wreath at the Christena Memorial in honour of those who lost their lives in the 1970 disaster; and visited the Museum of Nevis History.

In St. Kitts, President Tsai and Prime Minister Harris held bilateral discussions on future areas of cooperation on projects and programmes, including the signing of an agreement to assist St. Kitts and Nevis in cultivating vocational education teachers, establishing a comprehensive vocational education system, and providing high school graduates with professional skills.

During a busy Monday, a tree commemorating the visit and representing the future growth and strong relationship between the nations was planted at Government House. A plaque was also unveiled on the spot to mark the occasion.

Governor General Sir Tapley stated at the ceremony the activity symbolised “a renewal of the relationship between the two countries” while “cementing for perpetuity the roots which bind our two countries together.”

Also Monday, at a state banquet and reception at Government, several graduates from St. Kitts and Nevis who earned degrees in Taiwan through scholarships had an opportunity to personally thank Tsai.

“I consider Taiwan my second home, it moulded me into the woman I am today,” said Rohanda Devent, who earned a Bachelor of Arts in International Trade and Management in 2014. “I believe that I am more professional, I’m better rounded, more experienced and just a generally more developed person because of the experience.”

“I felt honoured because I got to shake her hand and I think that it is good that she has come to St. Kitts and Nevis to visit so that she can see our lovely islands,” said Donya Francis, who spent six years in Taiwan and earned a Bachelor of Arts in Journalism and Mass Communication as well as a Master’s in Global Health and Development. 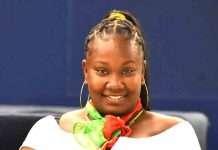 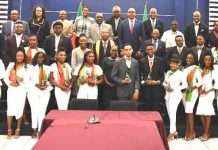 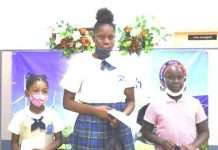