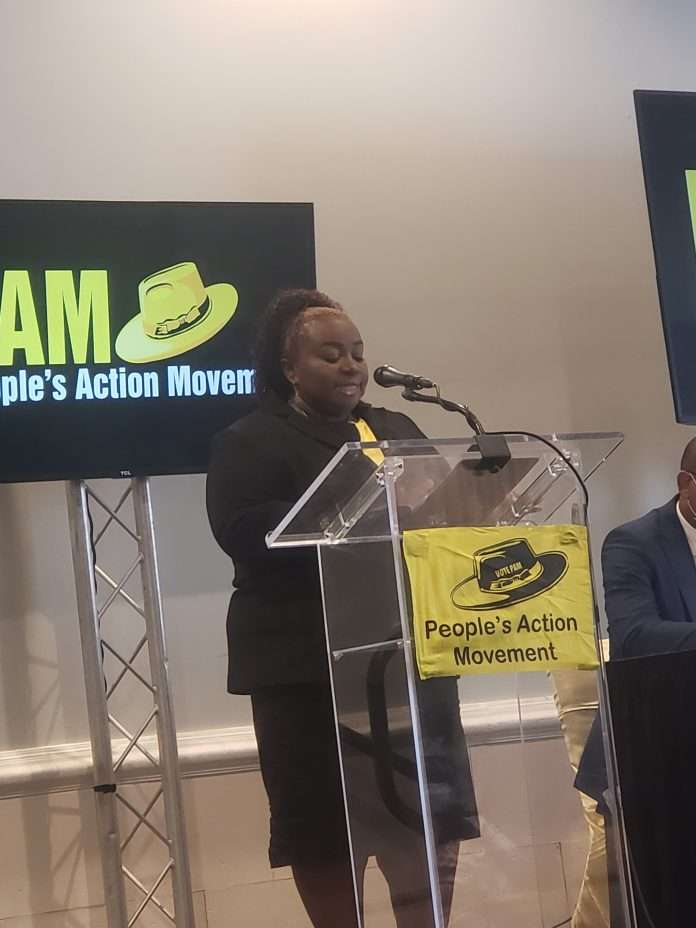 Lawyer Natasha ‘Shanny’ Grey has been announced as the People’s Action Movement’s candidate for East Basseterre.

He hailed Grey as a philanthropist, mother, community activist who understands the struggle of the ordinary people of her community

Grey said that at a tender age she became involved in politics through her grandmother and has always been a people-oriented person her entire life.

“Selfishness is not part of my DNA.”

She said her lifetime quest to serve others is evident in her community involvement.

Grey said she was involved in PAM’s campaign since she was 19 assisting East Basseterre candidates Vernon Viera, Glenroy Blanchette and Ian ‘Patches’ Liburd.