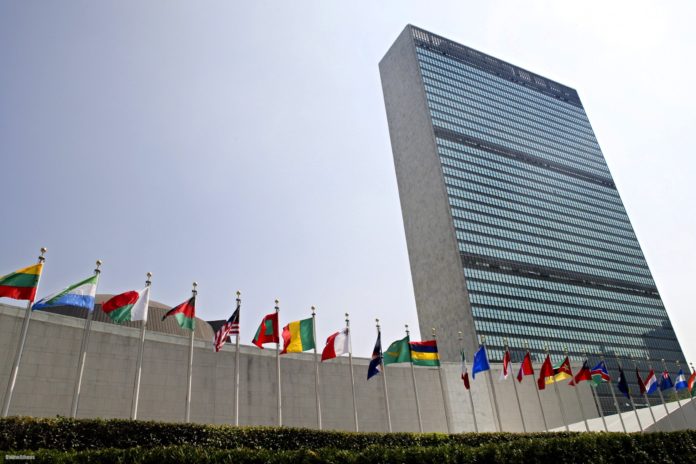 Basseterre, St. Kitts – Speaking at the United Nations General Assembly (UNGA) Sept. 23, Foreign Minister of St. Kitts and Nevis the Honourable Mark Brantley told the august body that St. Kitts and Nevis “condemns unreservedly the sterile analysis of GDP per capita which has been used by international agencies” to assess small island developing states (SIDS) as middle- and high-income countries that cuts them off from accessing “developmental assistance or affordable financing.”

Speaking in the context of several SIDS ravaged by Hurricanes Irma and Maria recently, Minister Brantley said that using the sterile analysis of GDP per capita used by international agencies would render these countries ineligible for international aid.

“Mr. President, it is a travesty and a tragedy for the world community to witness such destruction caused by forces entirely outside the control of Caribbean nations and then refuse to allow those nations access to the necessary resources to rebuild,” Brantley said, while adding that “there has to be a more sensible and just model which takes into account the special vulnerability of small island states.”

The St. Kitts-Nevis foreign minister said St. Kitts and Nevis joins other countries in the call for international aid agencies to develop a vulnerability index “as part of the matrix for accessing developmental assistance.

“We of the Caribbean already caught in the debt trap cannot after each disaster be forced to borrow commercially at high interest rates to rebuild destroyed lives.,” he said. “This is and must be a moral imperative for us all in the wake of the destruction seen in the Caribbean.”

He added: “And rebuild we must, Mr. President. Countries such as Dominica have no safe zones or other geographic areas to which populations can be relocated. A hurricane of the scale of Irma and Maria devastates entire countries.

“We of the Caribbean are a proud and resilient people. The world must not stand by and allow the evils of climate change to force Caribbean people to become climate refugees. We must rebuild and we require the community of nations to partner with us in this rebuilding effort.”