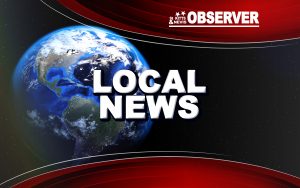 Stakeholders to receive training and sensitization on juvenile justice reform

From the Ministry of Community Development, Gender Affairs, and Social Services

BASSETERRE, St. Kitts and Nevis – The Ministry of Community Development, Gender Affairs and Social Services will be collaborating May 14-25 with the Ministry of National Security and the OECS Commission to host two three-day training workshops with police, prison and defense force officers and two one-day sensitization workshops with sector stakeholders on juvenile justice matters inclusive of the Child Justice Act of 2012. This national legislation is the cornerstone to juvenile justice reform in the federation.

Since 2012, the government of St. Kitts and Nevis has been receiving technical and financial support from the regional Juvenile Justice Reform Project, funded by USAID. Now in its second phase of implementation, the focus areas are diversion, rehabilitation, and reintegration.

The training will be held at the Police Training School on Williams Street, Basseterre. The objectives of this capacity building exercise are to sensitize the identified officers and stakeholders on juvenile justice reform issues including the following:

At the close of the two-week training period, it is expected that the High Command and other officers for each law enforcement agencies along with practitioners and service providers in juvenile justice will have a better understanding of the restorative and rehabilitative approaches of juvenile justice reform and their roles and responsibilities as they encounter and provide services to children and their families.

The USAID-OECS JJRP 2 is funded by the United States Agency for International Development (USAID) and implemented by the OECS Commission. Through JJRP 2, assistance is being provided to six OECS member states focusing on increased use of diversion, strengthened rehabilitation services and improved reintegration services for children who come into conflict with the law.