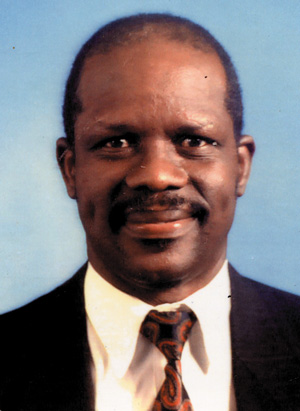 Edric Stanley, a prominent Nevisian businessman who was injured in a shooting incident that occurred on Wednesday, May 30 is back home after undergoing treatment at the St. Clair Medical Centre in Trinidad.

He was formerly hospitalised at Alexandra Hospital in Nevis before his departure to Trinidad.

Speaking from his residence in Church Ground on Wednesday, June 27, Stanley told The Observer that a team of doctors led by Dr. Godfrey Araujo, the attending physician, operated on the section of his hip where he suffered a bullet injury.

“The doctors re-attached the muscles and tissues which automatically form part of the recovery process,” he said.

He explained that he had received excellent treatment at Alexandra hospital but the hospital did not have adequate equipment to enable doctors to operate on his hip.

“I feel remarkably well and the recovery progress has been quite rapid,” Stanley said in an interview on Wednesday.

Stanley, a regular guest at the popular Let’s Talk programme of VON radio called on law-abiding citizens to make certain that legal and political processes work for the common good,

“Creating safer communities is a major challenge for all of us.”

“I am currently focusing on the religious and spiritual side of my community. Religious leaders must take the lead in guiding the country and guiding the other leaders,” he said.

“We must pray and ask God to touch every soul so that they would think in a better way,” Stanley added.

“I know no other way than to work and in doing this, God has given me more than I expected, so why can’t others do the same”.

Stanley concluded in saying that it is the work of the community as a whole to actively participate in a reformation process.

“We have got plenty of work to do as a community but I don’t know if people are ready for it. He came for money and to kill but God rescued,” he said.