Pressure on the Opposition Labour Party Leader Dr. Denzil Douglas to resign from Federation politics is sure to grow after new allegations of his enlisting the now diseputable Cambridge Analytica’s parent company, the SCL Group, to help him win an election in 2010 by any means necessary.

According to the “Times of London” SCL worked on the successful campaign of the incumbent Prime Minister Douglas against opposition leader Lindsay Grant’s election bid.

As part of SCL’s efforts to win the race for Douglas, the firm reportedly mounted a sting operation against Grant at a Marriott hotel, where he was caught on video agreeing to sell land to a British buyer under market value in exchange for a $1.7 million donation to his campaign.

That video was shared widely online days before the election on YouTube, including over one channel the Times reports was run by SCL called “investigativerep1965.” That account is still active and contains just one video: the sting against Grant.

But, SCL has been active all over the Caribbean for several years. Before it had dealings in St. Kitts and Nevis, in 2009 the company worked on a major referendum campaign on the Caribbean islands of St. Vincent and the Grenadines to defeat an attempt to establish a new constitution to replace the one that had been enacted when the country became independent from British rule in 1979.

Had the new referendum passed, it would have installed a number of new and provisions, including rules that opened elections to dual citizens and that legal marriage could only exist between a man and a woman.

The referendum also would have ended Queen Elizabeth II’s symbolic reign over the Caribbean country, but the measure failed to get the two-thirds majority it needed—thanks, at least in part, to help from SCL Group, according to accusations at the time from Prime Minister Ralph Gonsalves.

He claimed the campaign to defeat the referendum had hired SCL to run a smear campaign against him.

Gonsalves further claimed that his rival James Mitchell—the founder of the country’s National Democratic Party and a former prime minister—held an advisory role on SCL’s board, an allegation Mitchell didn’t deny when asked by a reporter from the Guyana Chronicle. Mitchell is also listed as a member of SCL’s advisory board in a Bloomberg profile.

Later in 2011, in presentation materials seen by the Times of London, SCL admitted it worked against Gonsalves with a “targeted digital attack.” This meant that “within three weeks every single reference to him on the first two pages of Google referred to the his alleged horrific track record of corruption, coercion, rape allegations and victimisation,” the presentation read.

SCL continued to take clients in the Caribbean, like in the small island nation of St. Lucia, where in 2011 the company worked on the re-election campaign of then–Prime Minister Stephenson King, who ended up losing.

But had King won, Bloomberg reported SCL was set to receive a $1.9 million contract from St. Lucia to run a public health ad campaign against smoking and obesity. A million of which would be used for the health ads while the other $900,000 would have been back pay for the company’s work on the election. King didn’t win, and the public health campaign reportedly never came to fruition.

Two years later, in Trinidad and Tobago in 2013, Cambridge Analytica’s parent company was at it again.

There, with the help of a Canadian company called Aggregate IQ, which was also instrumental in analyzing voter data for the Brexit campaigns in support of the U.K.’s departure from the European Union, SCL set up a data microtargeting program for the ruling party at the time, United National Congress.

This was, according to a report in the “Guardian” from last year, SCL’s first foray into big data targeting and foreshadowed the voter analytics work U.S. billionaire Robert Mercer financed the company to do under its American arm, Cambridge Analytica, during the 2016 U.S. election.

The work SCL and Aggregate IQ did with the government in Trinidad and Tobago took place under a contract to build a national police database that was supposed to include citizens’ browsing data, recordings of phone calls, and call transcripts created with natural language processing software, which would all then be used to predict whether someone was going to commit a crime.

Gary Griffith, the former national security minister in Trinidad and Tobago, told a local news site last May that he never heard of this project during his time in office, adding that such an endeavor would have had to have been carried out with the help of telecommunications companies.

The year 2013 wasn’t the first time SCL did work in Trinidad and Tobago. The company was also present in advance of the 2010 elections there, which concluded with the United National Congress party’s candidate becoming prime minister.

According to a brochure from SCL obtained by the BBC, SCL claims that it helped a candidate’s campaign by painting graffiti around the island made to look like it “ostensibly came from the youth,” which allowed SCL’s client to adopt policies and “claim credit for listening to a ‘united youth.’ 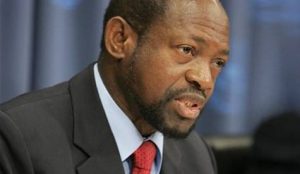 That the company resorted to fake graffiti suggests it certainly wasn’t above using underhanded tactics, though the misbehavior it is accused of in the U.S.—inappropriately harvesting 50 million Facebook profiles to beef up its political-data efforts in 2014—are a great deal more complicated. One of the questions we’re still left with is: Was Cambridge Analytica any good at it?