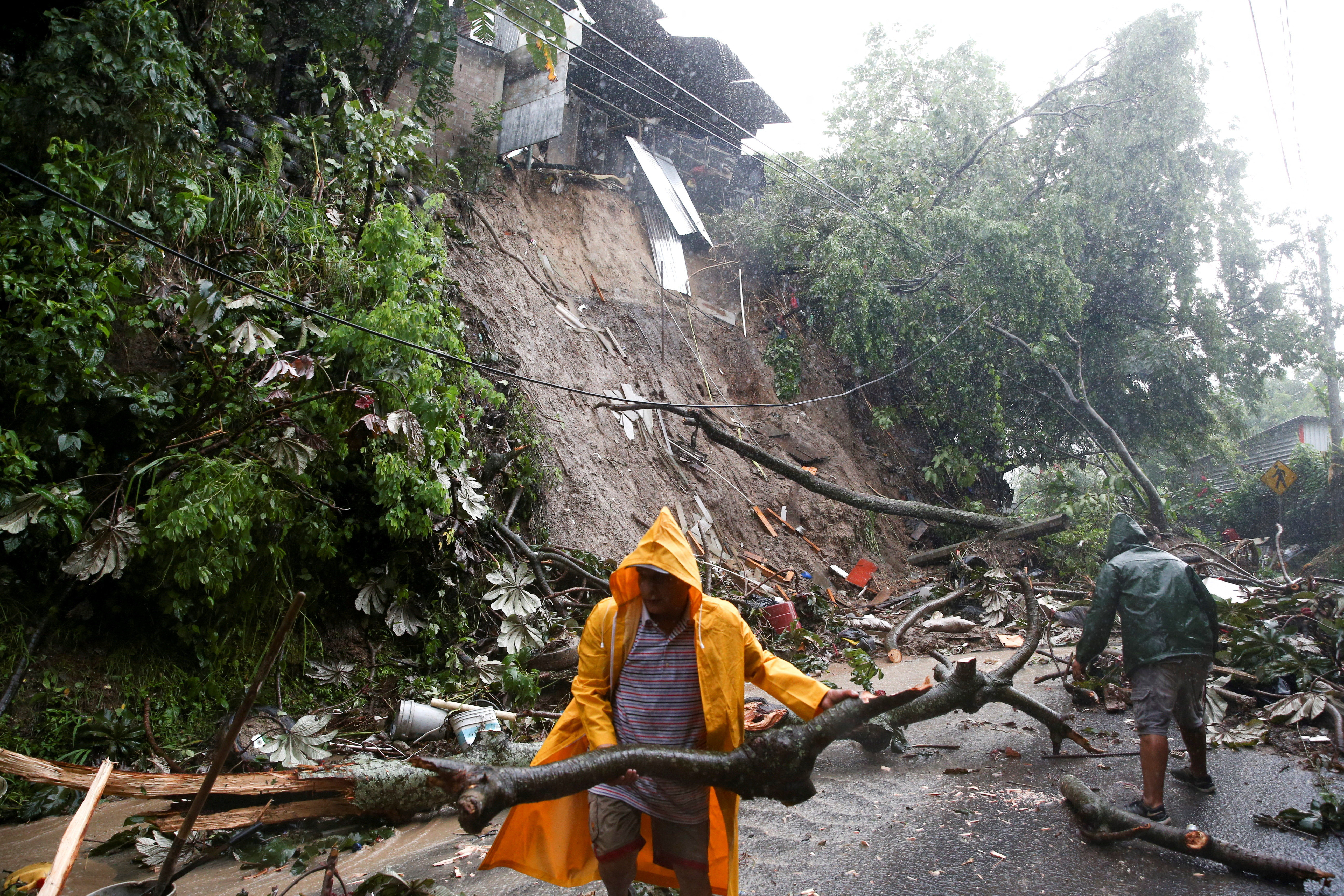 SAN SALVADOR, Oct 10 (Reuters) – The death toll from storm Julia rose to at least 25 on Monday, officials said, with most victims in El Salvador and Guatemala, as the weakening storm dumped heavy rain on a swath of Central America and southern Mexico.

Salvadoran authorities reported the deaths of 10 people, including five soldiers, and said more than 1,000 people were evacuated.

In Guatemala, eight were killed between Sunday and Monday, according to officials, while seven were injured and hundreds more affected by the storm.

Authorities in both El Salvador and Guatemala also canceled classes on Monday.

In Honduras, five victims have been confirmed including a woman who died Sunday after she was swept away by flood waters, and a four-year-old boy in a boat that capsized near the Nicaragua border on Saturday night, officials said.

Panama’s emergency services confirmed later on Monday two deaths as a result of heavy rains, with around 300 people evacuated from communities near the country’s border with Costa Rica.

Julia made landfall Sunday on Nicaragua’s Caribbean coast before crossing into the Pacific Ocean.

By Monday afternoon, Julia had dissipated and what was left of the storm was moving northwest at 15 miles per hour (24 km/h) over Guatemala near the border with Mexico, according to the U.S. National Hurricane Center (NHC).

The NHC warned of life-threatening surf and rip conditions along the coasts of El Salvador and Guatemala, while heavy rain could still cause flash flooding.

It predicted an additional one to four inches of rain in El Salvador and southern Guatemala, and three to six inches on Mexico’s Tehuantepec isthmus.

The storm system is expected to weaken further Monday, the NHC said.

In Nicaragua, Julia left a million people without power and heavy rains and floods forced the evacuations of more than 13,000 families.