TORONTO, May 22 (Reuters) – The death toll from powerful thunderstorms in Canada’s two most populous provinces this weekend rose to at least eight, authorities said on Sunday, as emergency crews continued a massive clean-up to restore power to half a million people.

The storms, which lasted more than two hours Saturday afternoon and packed the power of a tornado, left a trail of destructin in parts of Ontario and Quebec. Wind gusts as strong as 132 km (82 miles) per hour felled trees, uprooted electric poles and toppled many metal transmission towers, utility companies said.

Electricity companies were scrambling on Sunday to restore transmission lines. Most of the deaths from the storms occurred when people were hit by falling trees, authorities said. 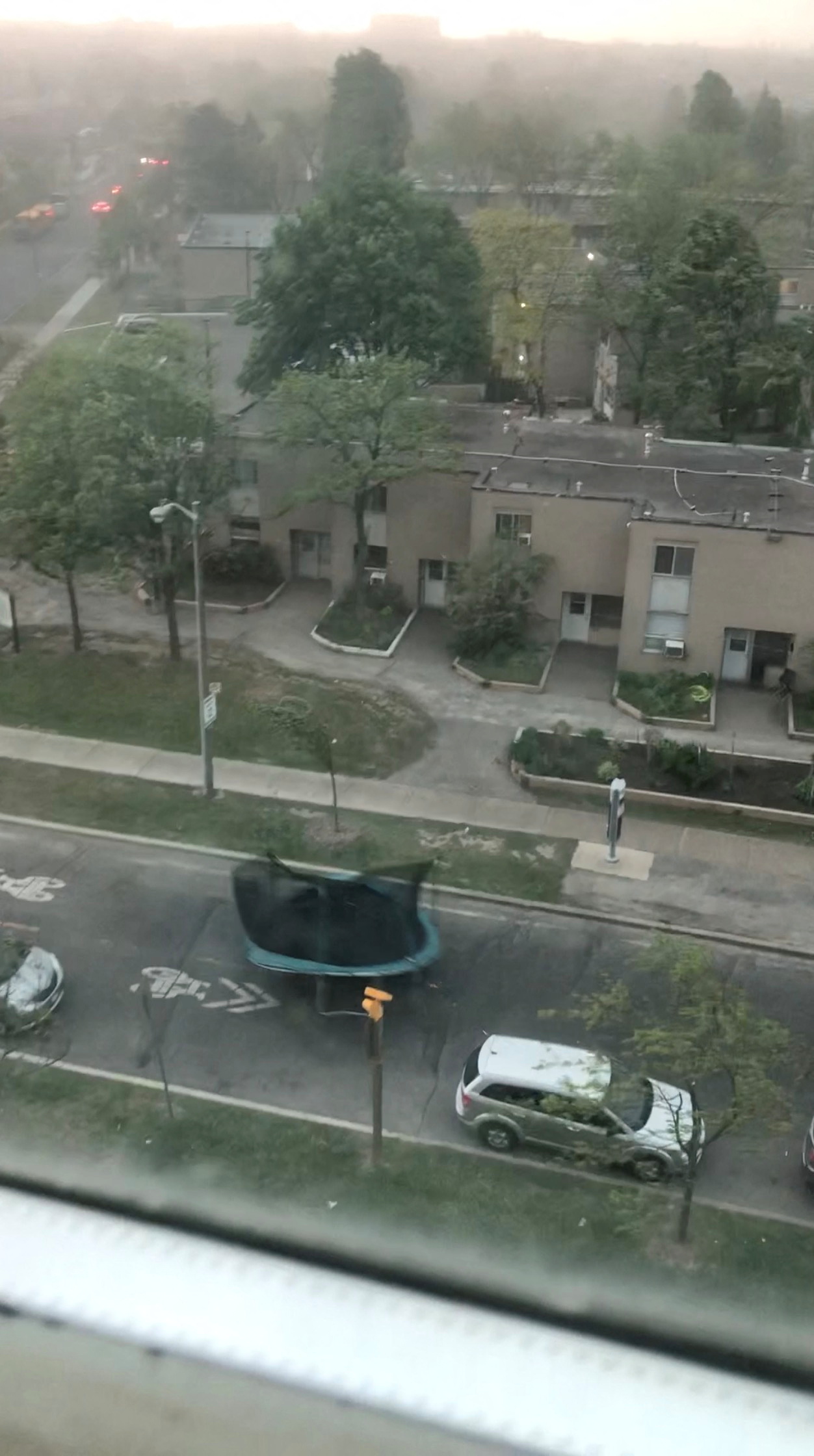 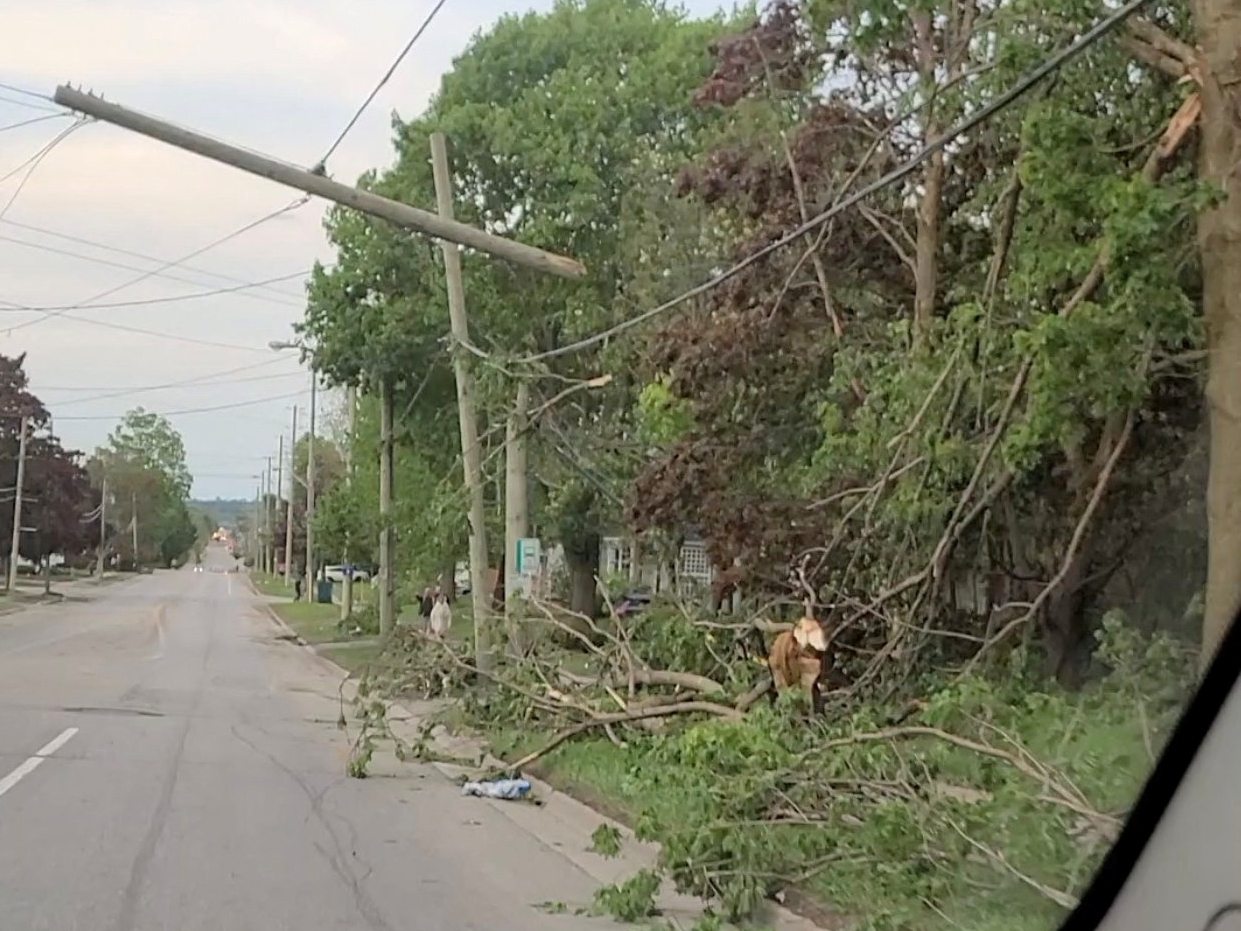 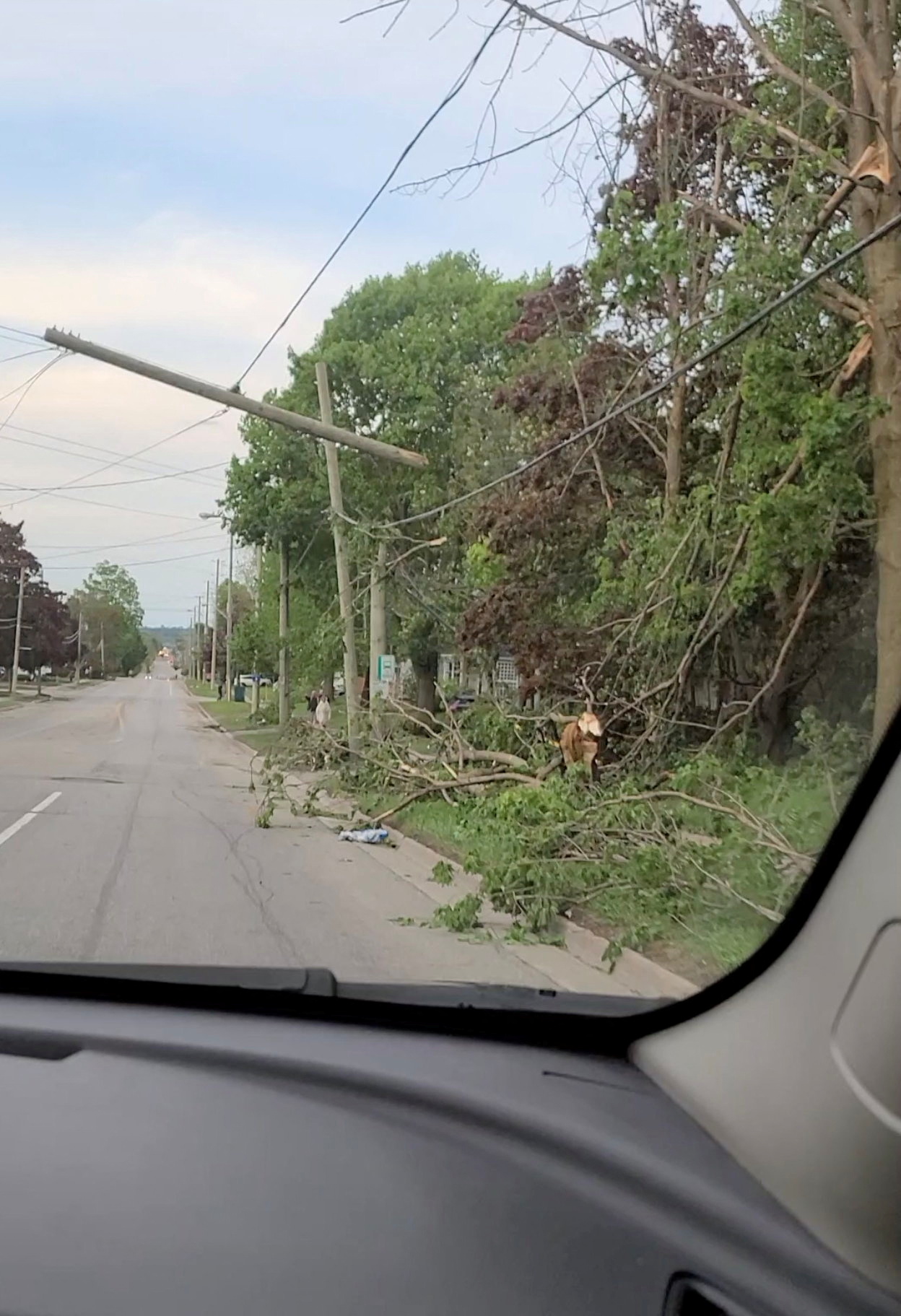 Damaged utility poles and trees are seen in the aftermath of a storm in Uxbridge, Ontario, Canada May 21, 2022 in this screen grab taken from a social media video. Content taken May 21, 2022. Blake Wagner via REUTERS

Prime Minister Justin Trudeau said the federal government was ready to help those in need. “We’re thinking of everyone affected, and thanking the crews who are working to restore power,” Trudeau tweeted on Sunday.

Hydro One (H.TO), Ontario’s biggest electricity distribution company, said in a tweet on Sunday that crews are responding to significant damage. Environment Canada had issued mobile alerts warning of the severe thunderstorms.

Hydro One crews have restored power to more than 360,000 customers, with over 226,000 customers remaining without power, the company said in a statement late on Sunday.

Restoration efforts are likely to continue for several days before power is restored to all customers, the company said.