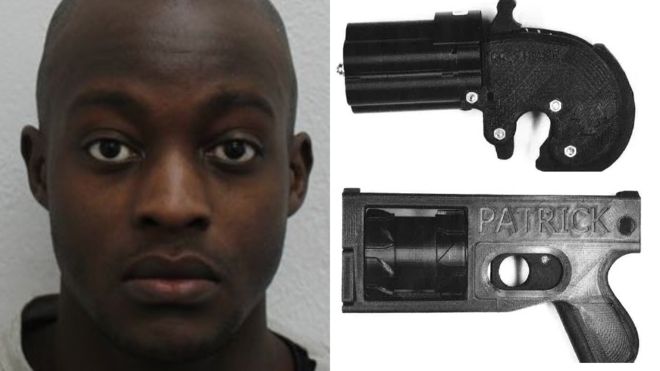 A 26-year-old was sentenced on Thursday to three years imprisonment for printing a 3D gun.

It is believed to be the first conviction and sentencing in the UK for manufacturing a firearm with a 3D printer, the Metropolitan police said.

“I hope that today’s sentencing sends a very clear and powerful message that we will prosecute anyone who thinks that they can get away with being in possession of, or manufacturing a firearm, in London,” Detective Sergeant Jonathan Roberts said.

Tendai Muswere pleaded guilty to the charge of printing the gun at London’s Southwark Crown Court in June.

Muswere claimed he did not know it was capable of firing but had watched videos about how to print a 3D gun that fires ammunition.

He told police that he was printing the gun for a university film project.

“Muswere claimed that he was printing the firearms for a ‘dystopian’ university film project but he has not explained why he included the component parts necessary to make a lethal barrelled weapon,” Roberts said.

“We know that Muswere was planning to line the printed firearms with steel tubes in order to make a barrel capable of firing.”

Police found more parts of a 3D printed gun during a second raid on Muswere’s home in February 2018.