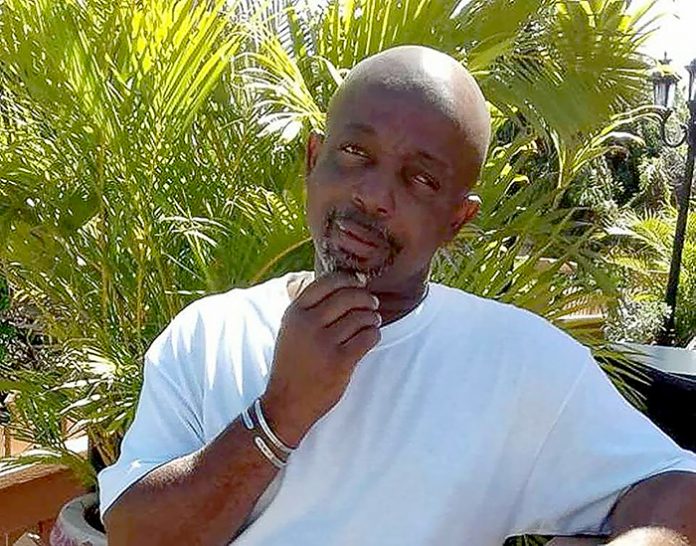 Wayne “Spyer” Chapman, wanted for questioning in connection with the murder of his girlfriend Shirley Dawn Morton at his house in Bucks Hill, Gingerland Sunday January 21, has been captured by Nevis Police. Charges may pending.

Morton was found in Chapman’s home Sunday afternoon. The 45 year-old woman was pronounced dead at the scene by Dr. Chandy Jacobs. It is unclear what events may have led to her death .The scene was processed and a number of items of evidential value were taken into police custody. The boyfriend was not at home when the police arrived.

The police began an immediate search for Chapman with a team including police officers and soldiers.

The Police Public Relations Officer Jacqueline Bryan confirmed Chapman  was captured early Thursday morning in the Taylor Pasture, Gingerland area and taken to the hospital in police custody. As of print time on Thursday no charges has been laid.

“The Observer” was initially informed that Morton appeared to have been hit on her head repeatedly with a blunt object. On Tuesday  the results of postmortem examination were released. Forensic Pathologist, Dr. Valery Alexandrov reported the cause of death was multiple blunt force traumas to the head causing brain injury. Morton’s death marks the second Federation homicide for the new 2018.

Morton’s homicide follows that of 19 year old Cleon Browne, who becomes the first homicide victim for 2018. Browne who lived in Rawlins Village was heading home where he lived with his grandmother at around mid-day on January 17. Unknown assailant/assailants began shooting after the youth who was struck fatally. Browne was pronounced dead at the scene.