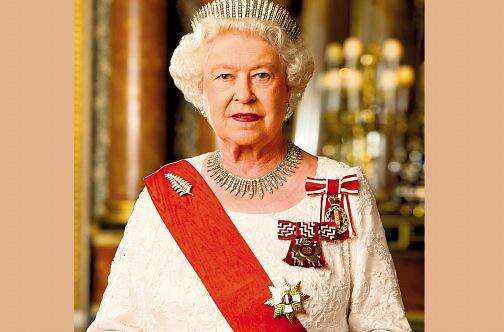 KINGSTOWN, St Vincent, CMC – Prime Minister, Dr Ralph Gonsalves, Monday proposed a single-item referendum asking the people of St Vincent and the Grenadines to decide whether or not to replace Britain’s Queen Elizabeth with a non-executive, home-grown president as head of state.

But Gonsalves told Parliament that he would only pursue the referendum if there is bipartisan support.

“I will tell you this. I am prepared, if the opposition agrees today, before the end of the year or early next year to put one question in a referendum: to have a home-grown president in the manner in which I’ve just described, a non-executive president, and as was laid out in the proposed constitution, and let us go with that one single issue to the people to complete the national democratic task,” Gonsalves said.

“I agree that we are now 12 years away from the referendum,” said Gonsalves, who had previously said that he would leave the question of constitutional reform to future leaders.

On November 30, last year, Barbados removed the Queen of England as its head-of-state, electing Dame Sandra Mason as its first local head-of-state.

Earlier, opposition lawmaker, Major St Clair Leacock, who is a vice-president of the main opposition New Democratic Party (NDP) noted that Gonsalves had recently received the highest national award from the Cuban government.

He said this raises the question of national awards or rewards for Vincentians for meritorious service.

“What is stopping us?” Leacock said.

Gonsalves also said that if there is bipartisan support for the referendum a committee will also be set up to establish national honours, calling further for a simultaneous establishment of a body “to carry out a process of decolonisation in names.

Gonsalves also suggested that at the same time the country would go forward with the recommendation to name as national heroes, George Agusutus McIntosh, Ebenezer Theodore Joshua, Robert Milton Cato, and JP Eustace.

He suggested that there be “all party unity” on this, though the law does not require it.

Gonsalves said the National Heroes Committee would have to be reconstituted, as one member has died and two other members have “resigned or are not in the committee no more”.

He said the committee would also consider “whether or not one or two women who are deserving to fit the criteria of national hero, and get on with the process to support constitutional decolonisation to support the entire process of mental decolonisation and these steps along the way.

“So, I propose that matter. The Leader of the Opposition, are you ready for us to go to a referendum on removing the Queen? And I will tell the people of St. Vincent and the Grenadines, if you start the process and say ‘yes’ and anytime you dance and start say ‘no’, I pull the plug on the process.”

However, Leacock noted that there are other Caribbean countries, including Jamaica that are not republics but have national awards.

“Why is republicanism a prerequisite to have a system of award?” the opposition lawmaker questioned.

But Gonsalves said that Vincentians validated the Queen as head-of-state of the country.

“Before, it was a negotiated fiction, you now make it a political reality. The NDP, by your leadership; you can’t duck that,” he said.