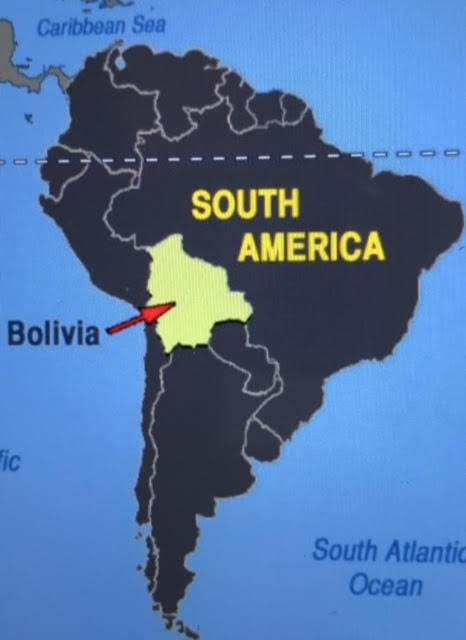 Travel: by Eric Mackenzie Lamb
(All images by the Author)

You may not know this, but Bolivia’s administrative capital, La Paz, has the highest international airport in the world, at 13,323 feet above sea level. It’s situated only a few kilometers from a densely populated area (appropriately called El Alto, which translates to the High One) overlooking  La Paz itself, almost 1,400 feet below. With only one steep, twisting road connecting them, and with traffic sometimes backed up for a mile or more due to ongoing construction efforts to widen and improve the road, a commute in a car or bus is practically out of the question, especially during morning or evening rush hours. (And you’d better hope that you don’t lose your brakes in the process!)

So what do most people from El Alto or La Paz do when they have to go to and from work? The answer: they ride a high tech aerial tram-something you’d never expect to see except in some upscale ski resort like St Moritz.

Each tram accommodates about fourteen passengers and departs at two minute intervals. The descent to the city center takes less than ten minutes and the round trip fare is equivalent to one US dollar. In fact, there is a European connection to this unusual form of public transportation-the system was originally installed by an Austrian company, whose technicians, along with local engineers, still monitor and maintain it on a 24/7 basis. And, to their credit, its safety record is excellent. But I have to admit, the experience is still pretty scary, especially when you realize that your life is literally hanging from a cable. But that doesn’t seem to faze the locals in the least, who number, on average, between four and six thousand commuters each day.

Of the many countries I’ve had the good fortune to visit,  Bolivia, with its largely indigenous and mestizo population (Evo Morales, the current President, is Bolivia’s first indigenous head of state) offers an amazing variety of cultural experiences, including no less than thirty-seven distinct languages, not to mention its breathtaking scenery. And-just like those cable cars-lots of surprises.

Named after Simon Bolivar, South America’s national hero who liberated much of the continent from Spanish colonial rule in the early 19th century, Bolivia is one of only two landlocked countries in South America (the other being Paraguay), meaning that it has no access to the sea and, as a consequence, no port facilities.

The country can be divided into three distinct ecological zones- the Andes mountains ; the high plains of the Atacama desert; and, to the east, the Amazon Basin and its tropical rainforests. Bolivia’s highest point is the peak of Nevado Sejama, which, at 21,463 feet, is only seven thousand feet lower than Mount Everest. It also has the world’s highest navigable lake, Titicaca, at 12,507 feet, which can be explored by kayak or catamaran. Then there’s the salt flats of Salar de Uyuni,  where visitors will find one of the world’s most unusual lodgings: the Palacio del Sal hotel, whose entire building, as well as most of its furniture, are made entirely from blocks of salt.

Only about an hour’s drive from La Paz, you’ll find the UNESCO World Heritage Site of the former Tiwanaku Empire, whose origins are believed to date back to 1500 BC, and whose culture was later taken over by the Incas from 1438 AD until 1527,  when the Spanish invaded and began to extract the country’s silver deposits. (Sadly, it’s  estimated that over eight million indigenous people died during the colonial period while being forced to work in the mines as virtual slaves). 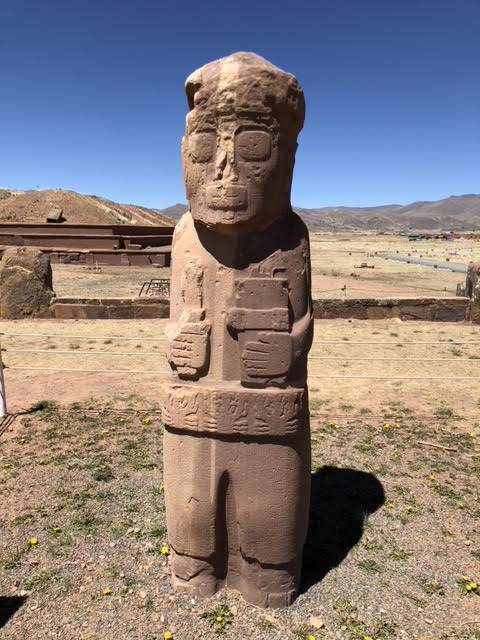 There’s also a butterfly sanctuary about 20 minutes from La Paz, where visitors can even camp overnight if they wish to.

Speaking about butterflies and other winged creatures: In Bolivia, thousands of live bats are sold each month at public markets because  many indigenous people still hold the traditional belief that drinking bats’ blood will cure epilepsy and many other diseases. In fact, the situation has become so severe that bats are now considered an endangered species, with heavy penalties imposed upon anyone caught hunting or selling them. Still, the practice is unlikely to be eradicated.
Bolivia? No, thanks! 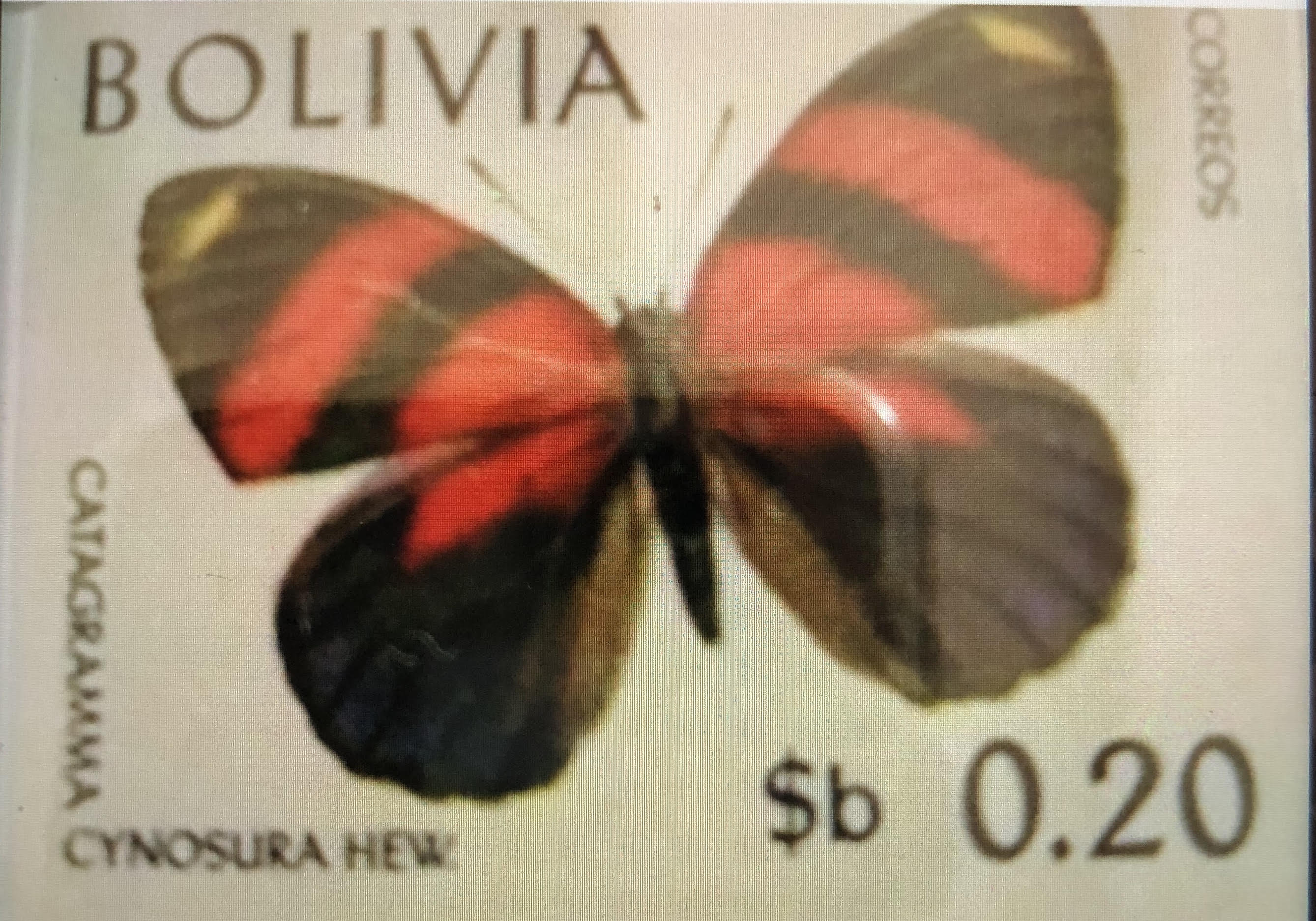 For something truly different, consider visiting the fascinating site of Cal Orcko. Here, you can see over five thousand dinosaur tracks dating back millions of years,  all impeccably preserved in a mile long, 400 foot high slab of limestone.

The list of attractions goes on and on, and, unfortunately, they’re  too numerous to include them all in this article. But, in closing, I should mention two more outstanding sites which definitely shouldn’t be missed: Valle de la Luna (Moon Valley National Park), which is only about 30 minutes’ drive from La Paz,  and where wind and rain have combined over thousands of years to form almost surreal sculptures by Mother Nature herself. (Also noteworthy is that the site was reportedly named by Neil Armstrong himself, a few years after his famous visit to the real thing).

For those interested in delving further into Bolivia’s turbulent and less pleasant history, there’s the village of La Higuera, where the famous Cuban revolutionary, Che Guevara, was killed in 1967 by a team of Bolivian special forces accompanied by American CIA agents. His execution took place in a local school about two days after his capture. Guevara’s body was buried secretly, his hands cut off and stored in formaldehyde, and wasn’t found until 30 years later, when it was repatriated to Cuba. The school is now a museum dedicated to his memory. 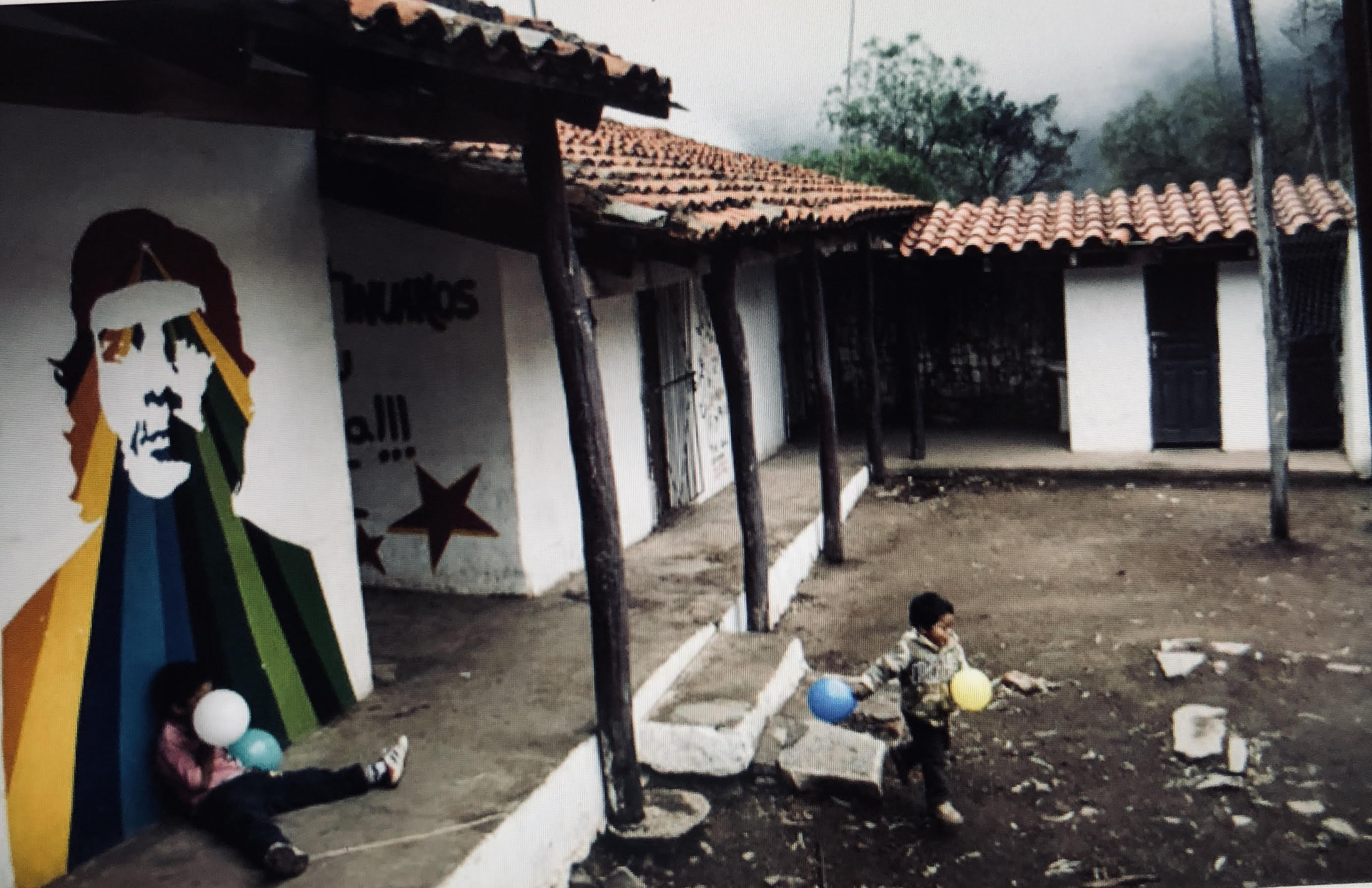