Tijuana, Mexico (CNN)- We had to apologize for being late. The traffic was horrible, we explained.

It was only after nearly an hour of crawling through near standstill traffic on a Tijuana, Mexico, highway that we saw the crash that caused the rush-hour snarl.

Two vehicles, a pickup truck and an old four-door sedan were piled up at a busy intersection. The entire passenger side window of the truck was conspicuously blown out.

“Oh that one?” said Jesus Aguilar, a Tijuana journalist covering crime who we are late to meet. “Yeah, that was like murder scene number five today. It’s going to be a busy night.”

The driver of the truck had been shot through the passenger side window at the intersection and crashed into the sedan as a result.

Stumbling upon a murder scene is not uncommon in Tijuana. In a country plagued by homicide, the city stands out. There have been more than 800 homicides registered so far this year alone, according to city officials — and that’s only counting the documented killings. Experts say the true number of homicides is higher.

The state of Baja California, where Tijuana is located, is also notorious for disappearances. If the past is any indication, many of those people will never be found — and are likely dead.

Crime reporters, like Aguilar, are sure to always be busy. But they are also at extreme risk of becoming a victim of the same crimes they are covering.

This year, 11 journalists in Mexico have been killed, according to the human rights group Article 19.

Freelance crime journalist Arturo Rosales — who agreed to let CNN accompany him on one of his overnight shifts last week — is aware of that reality every night.

We meet in an empty park near the city’s infamous red-light district, where Rosales pulls up in a taxi that he owns.

“If I have downtime between crime scenes, I give people rides,” he said. “This job doesn’t pay much.”

Rosales’ job depends entirely on what he hears on a tiny radio he keeps propped on the car’s console. Its tuned to the police and first responders’ frequencies. We’re with him for about five minutes before a call comes in about a body found in a truck near a highway.

“We go to very dangerous neighborhoods to document these things,” said Rosales, as we speed toward the scene. “I get scared sometimes,” he said.

Many of the murders in Tijuana involve organized crime fueled by cartels and gangs that have dominated life across many parts of Mexico for generations. 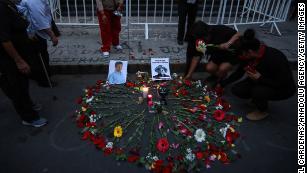 Three journalists killed in Mexico in past week
Just getting close to those killings puts journalists inherently at risk, in danger of everything from being directly targeted for covering the crimes — to simply being in the wrong place at the wrong time.
At the homicide scene, we are greeted by two police officers. They’re holding the area until crime scene investigators arrive. There are so many killings each day in Tijuana that it often takes hours for technicians to even show up.
Rosales greets one of the officers: “What happened?”
The driver was shot in his car, the officer said, adding, “Stay behind this line but (photograph) whatever you want.”
Rosales snaps photos and goes live on Facebook, sticking clearly to only the most basic facts: the location, time and manner of death.
“I have not received threats from any cartel yet, because I am here to document the violent event and nothing else,” he explained. “I don’t get into trouble or accuse any cartel, that’s not my business.”
In the business of covering crime, though, that doesn’t always protect journalists from harm.

‘He taught me everything’

One of the first things people say about journalist Margarito Martinez is that he was a happy guy, that he smiled more than others — despite what he covered.
Martinez was from a small, but well-known group of freelance journalists covering crime in Tijuana. Every night he would go out with his camera and document scene after scene, largely just reporting basic facts.
On January 17, he was shot multiple times outside his home. Some of his closest friends and colleagues with whom he’d worked, showed up to document it.
Aguilar, one of Martinez’s best friends, went too. “It’s what we do, we cover homicides. Now I witnessed his.” 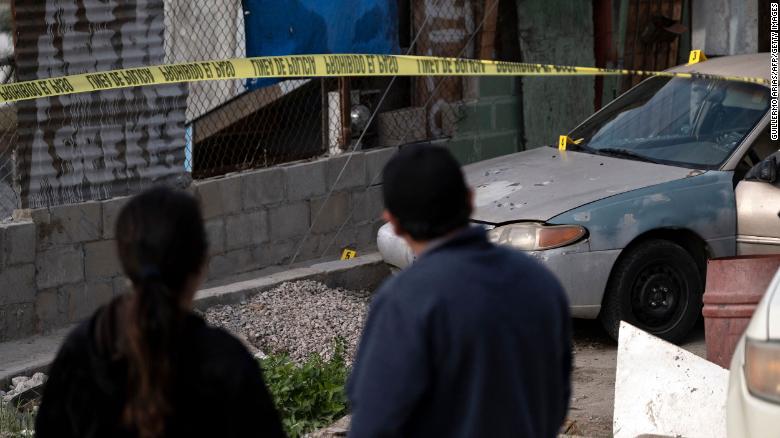 Margarito Martinez’s wife, Maria Elena Frausto Granados (L), stands at the site where her husband was shot dead in January.
“He didn’t investigate anything,” Aguilar said. “Other journalists investigate these crimes but Margarito just reported basic facts. He didn’t deserve what happened,” he said, adding: “He was a great friend … he taught me everything I know.”
Ten people were detained by Mexican authorities in connection with Martinez’s death. Authorities said all 10 have connections to organized crime.
But authorities have yet to produce a specific motive for the killing. Several of the 10 people detained were eventually released. None have been formally charged.
Several Tijuana journalists have told CNN they know exactly why Martinez was killed and have offered various theories, including that Martinez had been falsely accused of sharing information about the family of a local crime boss.
CNN cannot independently verify that information.

This particularly violent year for Mexican journalists has sparked outrage across the country and within the media itself.
Critics say the Mexican government is either unable or unwilling to protect journalists, much like it is seemingly incapable of curbing the vast levels of violence across society as a whole.
“Look at how many of us have been killed,” said Aguilar. “They say there’s not that level of violence happening but that’s bulls**t. Pure lies.”
Aguilar is referring to the federal government, led by President Ándres Manuel López Obrador.
López Obrador has routinely said his government protects journalists.
“In each of these cases (of murdered journalists), people have already been detained and there is no impunity,” López Obrador said at a news conference earlier this year. 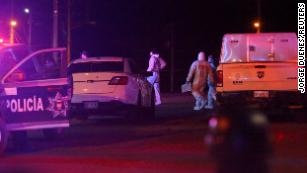 Mexican journalist Lourdes Maldonado López, who feared for her life, killed in Tijuana
However, official data paints a different picture. More than 90% of crimes in Mexico go unsolved, according to the federal government’s own statistics — and the vast majority of homicides in which journalists have been killed are no different.
“Whatever threats, obstacles to their work, whoever kills a journalists, there’s no consequences because we live in a country of impunity,” Sonia de Anda, a Tijuana journalist and press freedom advocate, told CNN.
She argues this culture also emboldens criminals to commit violence against journalists for simply doing their job.
Critics say the President’s narrative is also contributing to the violence.
López Obrador routinely criticizes members of the media, attacking them personally for coverage of him he doesn’t like, and labeling some as enemies of the Mexican people. 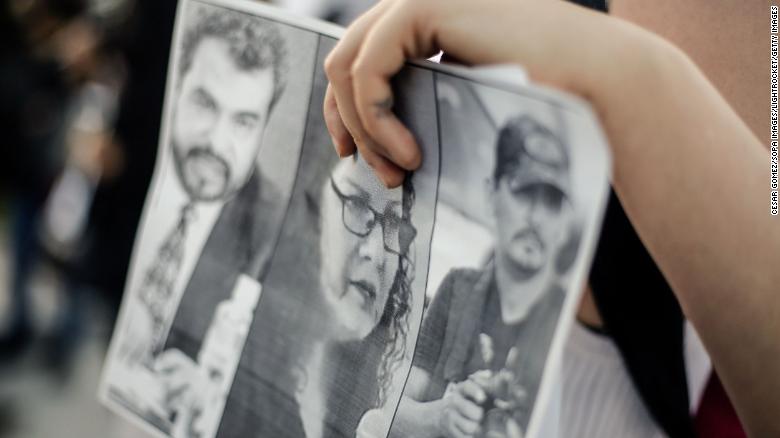 A protester demonstrates against the killings of three journalists — Jose Luis Arenas, Margarito Martinez and Lourdes Maldonado — in January.
That rhetoric, said de Anda, creates a climate where violence against journalists becomes more likely, if not outright encouraged.
“We have a President who attacks the freedom of expression,” said de Anda. “He invites his followers to attack those periodistas (journalists) when they don’t agree with him. And then comes the violence. It’s the worst we’ve ever seen.”#
One journalist, who asked CNN to withhold his name for safety concerns, told CNN: “It has been very hard for some of us lately, the mourning, the fear, the pressure.”
Rosales said everyone feels that way these days. It’s not hard to see why.
We accompany him to several other murder scenes that evening, in some of Tijuana’s most dangerous neighborhoods. At each one, police presence is limited, with some people standing around and watching.
They are likely spotters, called punteros, who work for certain cartels and watch what happens at the crime scenes, Rosales explained.
“I just do my job openly and honestly and then leave. But it can be scary,” he said.
In that 24-hour time frame, 15 homicides were recorded in Tijuana — marking the most violent day of the year for the city so far.
It’s only a matter of time, said Rosales, before another journalist becomes another victim.
- Advertisement -