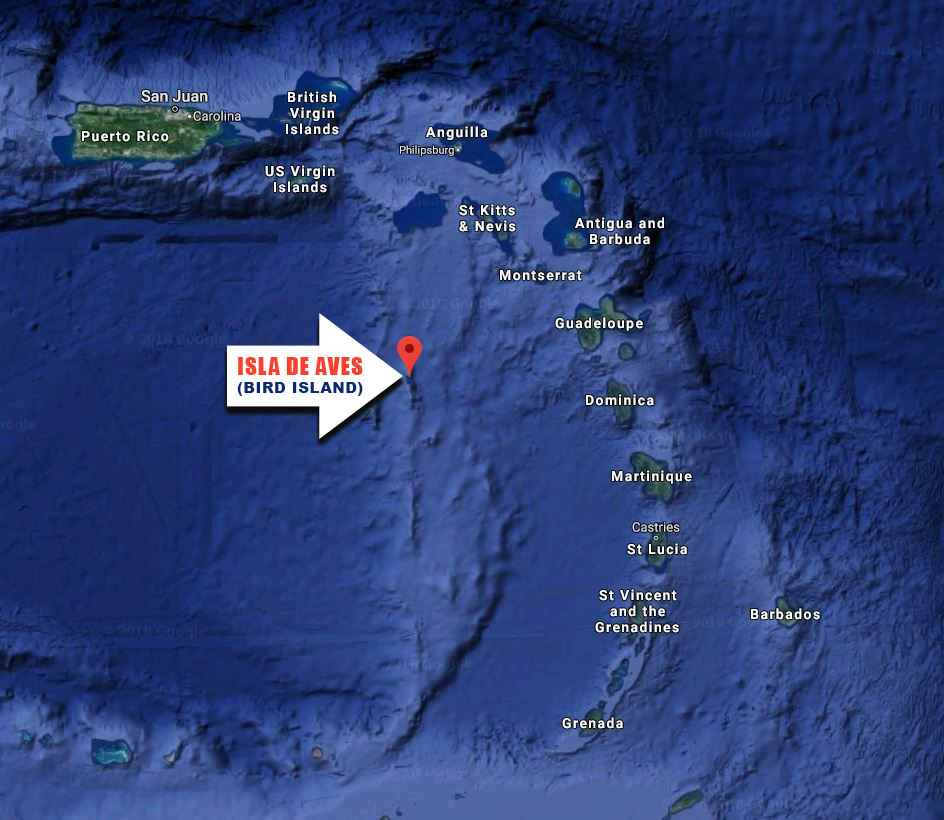 About fifteen years ago, I was piloting one of our aircraft from Puerto Rico to Trinidad
after a routine maintenance inspection. In order to save both time and fuel, and because
the Piper Aztec possessed two engines, I decided that, rather than follow the island
chain, the route I’d take would follow a straight line trajectory over the open sea. It was
late March and the weather was excellent, with blue skies all around and hardly a cloud
to be seen. With luck, I thought to myself, I might even be able to spot a couple of
migrating whales. This was the time of year.
Little did I know that I’d come upon something far more unexpected.
About an hour and a half after taking off from San Juan, I saw something unusual on the
horizon. At first, I thought it had to be an optical illusion. Could there really be a tiny
speck of land out here, literally in the middle of nowhere? Or was it just a reflection of
sunlight over a dark patch of water? I glanced at the aeronautical chart again. It showed
nothing except open sea in every direction. No islands, no rocks, just water.  But there
was definitely something out there. Overcome by curiosity, I started a gradual descent
to get a closer look.
And there it was.
But one could hardly call it an island. A tiny sand bar would have been a more apt
description.
The biggest surprise, however, turned out to be a Texas tower, along with a  boat
docked beneath its platform. A man made structure straddling the waves by only a
couple of feet? And, even more puzzling, in an area well known for its hurricanes?  Why
would anyone be so crazy as to build something like this in such a place? Must be a
seasonal fishing station, I told myself; that was the only logical explanation I could think
of. I turned back on track, started climbing, and continued my flight.

It was  about two weeks later, after I’d returned Nevis, that I finally learned the true story
behind that mysterious sighting, thanks to my friend Captain Arthur Anslyn. (Better
known as Brother, bless his memory).
“From everything you’ve described, what you saw was Isla de Aves,” he said.

“Isla de Aves? Never heard of it.”
“Most people haven’t”,  Brother explained. “ That means Bird Island in English. And it
belongs to Venezuela.”
I looked at him in disbelief. “Venezuela?” I showed him the picture I’d taken on the fly
by. “Are you sure?”
“Absolutely, Eric”, he assured me. “I know, I’ve been there. And that tower you saw isn’t
a seasonal fishing station. It’s a military naval station named Simon Bolivar.”
I listened in fascination as Brother went on to describe some of Bird Island’s unusual
history. Here are just a few of the little known facts I learned from him and from my own
subsequent research. 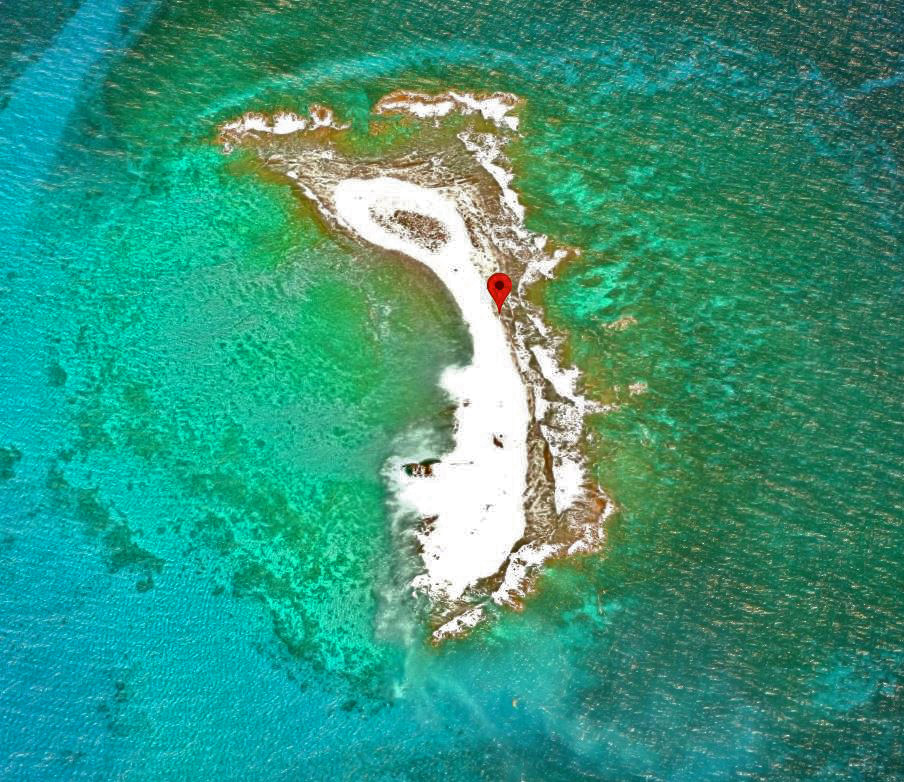 According to early historic records (although never proven) Isla de Aves was reportedly
discovered by Spanish sailor and explorer Avaro Sanza in 1584.  Its geographic location
places it 140 nautical miles due west of Dominica, and just over 99 miles southwest of
Montserrat. The irony here is that, although considered part of Venezuela, Bird Island is
much further away from its mother country, which lies 340 miles to the south.
As was common practice during the early colonial period, it didn’t take long for
conflicting claims of sovereignty over Isla de Aves to emerge from Britain, Spain,
Portugal, the Netherlands, even from some other countries. Considering the fact that
Bird island has a length of only 1,230 feet, a width of 160 feet, and a maximum
elevation of 13 feet (and that’s at low tide), one has to ask why anyone would even
bother to go through the motions in the first place.  But that’s the way things were done
during that inglorious grab -whatever-you-can era. Everything had to do with power and
influence. As far as those foreign powers were concerned, even the tiniest crumb could
add to to the size of a big cake.
Nevertheless, such factors did little to dissuade anyone from making a landfall and
profiting from Bird Island’s unique isolation. During the 17th, 18th, and 19th centuries,
inhabitants of Saba and St Eustatius, as well as Dominica and Guadeloupe, would
make regular visits to collect turtle and bird eggs. 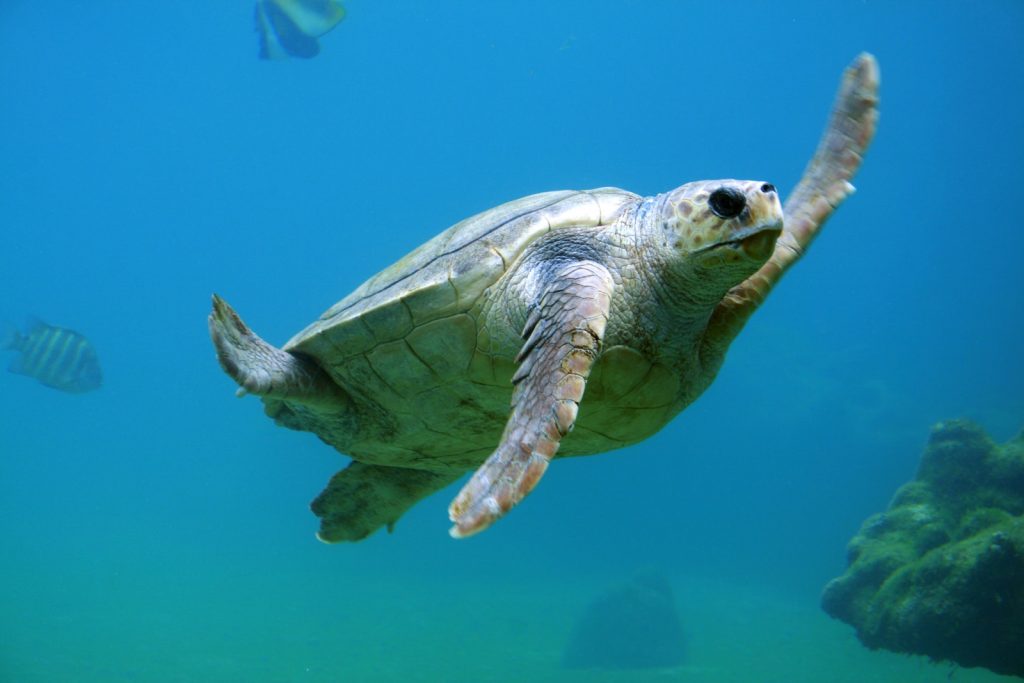 Then, in 1854, an American sea captain realized that Bird Island offered the potential of
something far more lucrative than mere eggs: guano.  ( For those who may not be
familiar with the term, guano consists of the accumulated excrement of sea birds, a
mixture of which holds high contents of nitrogen, phosphates, and potassium.  In pre-
industrial  times, guano was in high demand as an agricultural fertilizer, as well as an
ingredient in gunpowder).

In almost no time, the process of guano extraction-mostly by Americans and Dutch
nationals of St Maarten-had become a major industry on Bird Island. But it also served
to fan the flames of anger and discontent between other rival  powers claiming
sovereignty. A number of confrontations ensued, including the arrival of two Venezuelan
gunships in an effort to evict the American guano collectors. But, as things turned out, to
no avail. As soon as the Venezuelan navy had departed, the yanquis were back.
And so were the egg collectors.
Meanwhile, in a concerted effort to resolve these continuous territorial disputes once
and for all, the major powers finally agreed to accept a ruling by Queen Isabella of
Spain as to the sovereignty of Isla de Aves. In 1865-perhaps not surprisingly- she
decided in favor of Venezuela.
But little was to change over the next 150 years. Although Bird Island’s guano deposits
had long been exhausted, egg collecting expeditions remained a frequent occurrence.
Which, as could be expected, only served to reignite tensions between Venezuela and
some its Caribbean neighbors. A major sticking point was Venezuela’s claim that Isla de
Aves was an island, which would give it an exclusive maritime zone of 200 miles in all
directions. However, under a ruling by the United Nations Law of the Sea Convention,
Aves was classified as a rock, not an island, which, as a result, only entitled Venezuela
to a maritime zone of 10 miles. Not surprisingly, this was bitterly contested by the
Venezuelan government, a simmering dispute which remains in place even to this day.
A major step in reducing tensions between Venezuela and its Caricom neighbors finally
took place in 2006, when Dominica’s Prime Minister at the time, Roosevelt Skerrit, met
President Hugo Chavez in Caracas. The end result of that meeting consisted of an
agreement by Dominica that it would no longer contest Venezuela’s claim of sovereignty
over Bird Island. In return, the government of Venezuela agreed to invest around 29
million US dollars into improving Dominica’s own infrastructure, including badly needed
roads, drainage, and housing, as well as providing petroleum-based products from
Venezuela’s state owned supplier at the lowest possible cost. All in all, it turned out to
be a win-win resolution for both countries.
Since then, Venezuela has made significant moves to consolidate its presence on Bird
Island. It established the Simon Bolivar Naval Station (the same structure I saw during
my flight) in 1978. Its residents consist of a handful of both military personnel and
scientists whose presence is determined on a rotational basis-hardly surprising,
considering the area’s extreme isolation. And according to unconfirmed reports, for the
fortunate few who can afford it, the base is sometimes even used as a venue for
weddings and baptisms.
Another fascinating aspect of Bird Island has to be the potential of still undiscovered
shipwrecks around its shores, including Spanish galleons and, more likely than not, their
precious cargos en route from the New World to Spain. One can only hope that, one
day in the not too distant future, the Venezuelan government will agree to designate

Bird Island as a national maritime recreational park, one which would welcome divers
and snorkelers of all nationalities.
But with Venezuela’s present economic crisis, such a project, like Bird Island itself, still
remains only a small dot on the horizon.