In the late 1970s, I was asked to ferry a single engine seaplane from Singapore to Mumbai. One of the reasons for the new owner’s request (he was a wealthy Indian businessman and aviation enthusiast) was the fact that the airplane was US registered, and therefore had to be piloted by someone who possessed a US seaplane license issued by the FAA for the purpose of insurance coverage. Luckily, I met all the requirements and got the job. 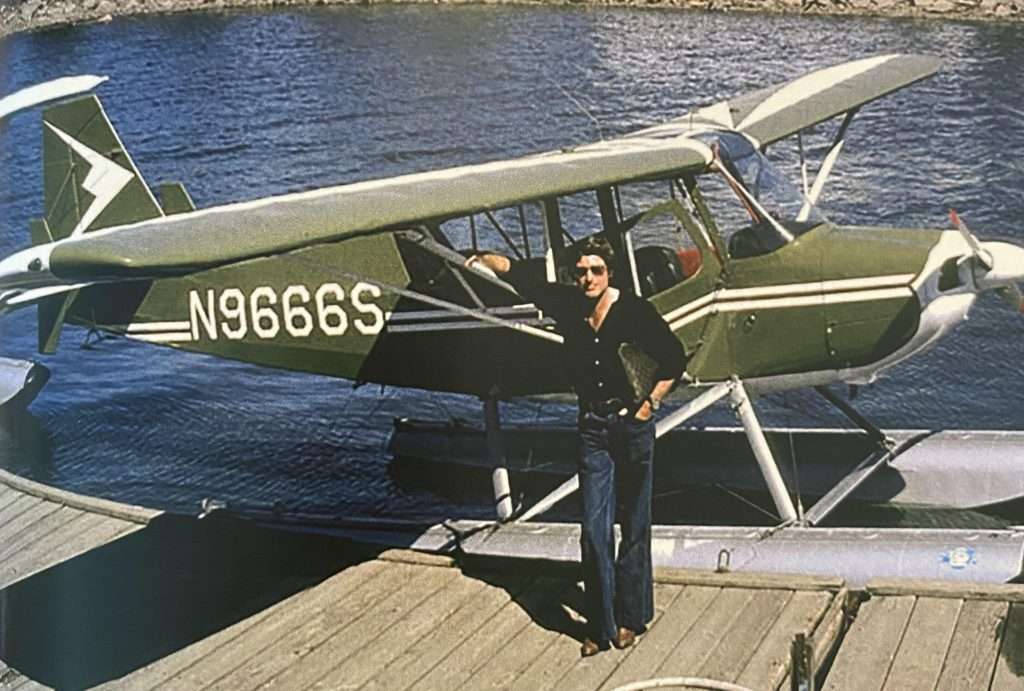 After studying the aviation charts, I decided that the most direct route would be to fly from Singapore to Bangladesh, then on to Mumbai the following day. For reasons of caution, I also installed an extra fuel tank which would provide me with several hundred additional miles without having to stop enroute. (Not that there were any to be found in the middle of the ocean). Depending upon weather, I estimated that the flight from Singapore to Dakha would take around ten hours. As an added precaution because the airplane had only one engine, I would pass just to the east of the Andaman and Nicobar islands, a largely uninhabited archipelago located literally in the middle of nowhere.

After a week of preparations, it was time for takeoff. The weather was sunny and clear.

About five hours into the flight, I checked the charts again. That’s when I first noticed that a large portion of the Andaman, Sentinel, and Nicobar islands were tagged as restricted areas by the local Civil Aviation authority, meaning that it was prohibited to fly over them or within a mile off the coastline. My guess was that this was probably related to military installations. No problem, I told myself: my routing didn’t need to be changed.

That same evening, just before sunset, I landed at Dakha, where I spent the night. After departing early the next morning, I arrived in Mumbai the next afternoon. The flight had covered almost 2,500 miles. I was greeted warmly by the new owner, who had arranged a comfortable hotel near the airport for me. He also gave me a bonus in addition to my ferry fee. Who could ask for more?

But that wasn’t the end of the story. Years later, while doing research on the Andaman, Nicobar,  and Sentinel Islands, I learned that the restrictions related to overflying them had nothing to do with the military. Rather, the purpose was to preserve the isolation of the islands’ tribal inhabitants, most of whom have never had contact with the outside world.  Even today, very little is known about them.

But first, let me share some facts which I learned.

Although no one is certain, it’s generally believed that the islands are populated by between 400 and 450 tribespeople. Again, from what’s known, the Andaman, Sentinel, and Nicobar islands were settled around 26,000 years ago. However, conflict, outgoing immigration, as well as diseases like pneumonia, measles, and influenza-to which the tribes had no natural resistance-contributed to a drastic fall in population. This was made even worse by the establishment of a naval base during British colonial times. Today, only the Jawara and Sentinelese tribes maintain a steadfast way of life, refusing most attempts at contact by outsiders. Under their laws, homicide is not considered a crime if they kill foreign intruders. They are fiercely protective of their isolation from the outside world. Radios, TV, and Internet communications simply don’t exist, and never have.

On 2 August, 1981, the Hong Kong freighter ship Primrose ran aground off Sentinel Island. Seeing threatening activity by the island’s tribesmen on shore, the captained radioed for an urgent airdrop of firearms so that the crew could defend themselves from an imminent attack, .but did not receive them. Fortunately, heavy seas kept the islanders from reaching the ship. After a week, the crew were rescued by an Indian Navy vessel.

Tribesmen on Nicobar Island warning a sailboat crew not to come closer.

On 17 November, 2018, a young missionary, John Allen Chau, a member of the All Nations church in Missouri, was illegally brought to Sentinel Island by local fishermen. His motivation was to convert the local tribespeople to Christianity in what Chau called Satan’s last stronghold. Instead, he was killed within minutes and his corpse dragged along the beach. The fishermen who took him ashore were later arrested by Indian authorities and charged with contributing to Chau’s death.

As for Chau’s body, its burial location was quickly identified, but despite repeated attempts by the government authorities to retrieve it, all attempts were unsuccessful due to the islanders shooting arrows at the helicopters hovering overhead.

Both a fascinating and deeply disturbing story. But all true.