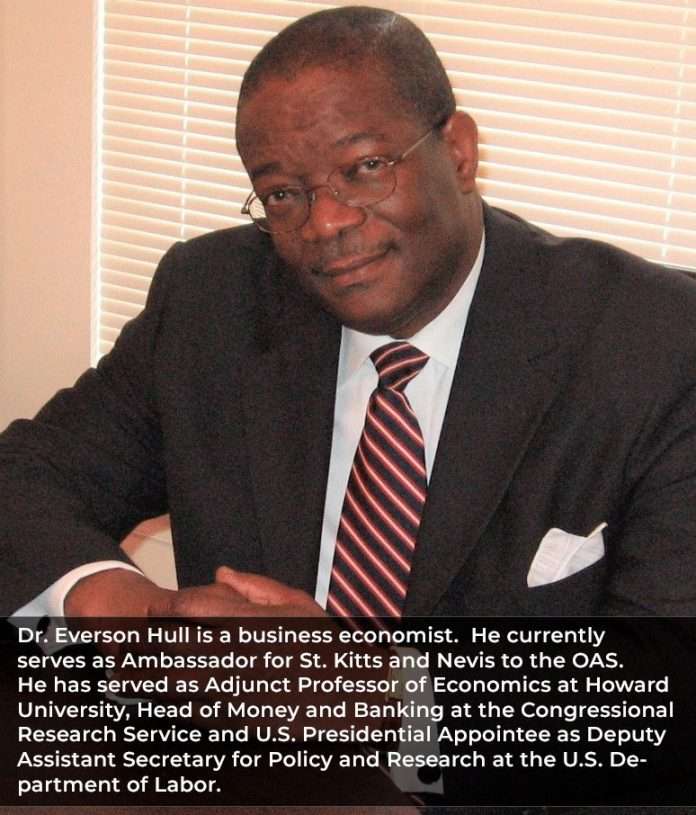 The Charlestown Accord endorsed by the three winning Team Unity party leaders on December 17, 2014 remains the single most important Federal policy action ever deployed in the entire history of St. Kitts and Nevis. The declaration, endorsed by the Former and Late-Leader of the Concerned Citizens Movement (CCM), the Deputy Prime Minister of the People’s Action Movement (PAM) and the incumbent Leader of the People’s Labor Party (PLP) outlined the first-ever workable framework for a more perfect union.

It seeks to remove the debilitating practice of leaders who discriminate against the inherently proud People of Nevis treating them as if they are second class citizens, riding at the back of the St. Kitts bus.  It seeks to strengthen the historic relationships that unite the People of St. Kitts and Nevis, which coalesce around our much cherished historic familial bonds of love, commercial activity, religion, education and sports.

Central to the decision that voters will make at the upcoming Federal Election is a variant of the fairness clause which has been harmful to the people of Nevis.  The first two paragraphs of the Accord which was endorsed by all three Team Unity Government leaders and witnessed by a supporting cast of Cabinet officials state that:

There is no sticker on any item in any establishment in St. Kitts and Nevis that is labeled “fair” or nearly “fair”.   The sticker in every grocery store or commercial establishment throughout the Federation clearly states the unit price of the product.  It is this unit price sticker that motivates each individual to exercise his or her “Freedom to Choose” and exert a countervailing force that is revealed in an individual decision to purchase or reject a product to be placed in his or her market basket, given budget constraints.

The Hon. Sir Kennedy Simmonds – the first Prime Minister of St. Kitts and Nevis understood well that words such as Fairness and Equity are all in the mind of the individual.  They made certain that these words did not appear anywhere in the Constitution to determine the relative share of benefits to be allocated to each citizen, each village, or each island.

The Labor Regime under Former Prime Minister Denzil Douglas trivialized the concept and insisted on playing a mind game on the People of Nevis by invoking their “ALL FOR SINKITT—NUTTEN FOR NEEWIS RULE” (ASNN).  The Hon. Former Labor Party Prime Minister considered it fair to allocate 100 percent of the non-tax Citizenship by Investment Program (CIP) revenues to St. Kitts, relegating Nevis and Nevisians to the back of the bus with a relative share of zero percent.   He provided the People of Nevis no choice but to reciprocate in kind by setting his Labor Party aside.

The incumbent Prime Minister and Former Labor leader began well and fully endorsed the landmark universally accepted pro-rata population based sharing relationship that was embedded in the first two paragraphs of the Charlestown Accord.  This paved the way for the elected majority Leaders of the CCM and PAM Party to embrace the Former Labor Leader of the minority People’s Labor Party to occupy the position of Hon Prime Minister of the newly unveiled Team Unity Government.

It did not take long for the incumbent Former Labor leader of the newly established Unity Government to default to the normal and customary ASNN mantra and entrenched Labor rule.  His bragging achievement of allocating 91 percent of the CIP non-tax revenues to St. Kitts and a measly 9 percent to Nevis is certainly an improvement over the entrenched Labor ASNN ratio, but has little positive effect on the lop-sided allocation of funds which have been devastatingly harmful to the People and Island of Nevis.

Without units of measure that are additive such as dollars, inches, miles per hour, gallons or Fahrenheit about which there can be universal agreement in rendering decisions, we can never determine whether we are winners or abject failures in all that we do, until we have established numerical goals that determine our Most Valuable Players.  The Charlestown Accord explicitly works around this issue by clearly indicating a pro rata population-based share, measured in dollars, of the resources of this union that serves as the basis for allocating revenues to be shared between the two countries.

Well-endowed investors are on the prowl in search of a legitimate safe-haven that is not subject to punitive high taxes.  They seek refuge in St. Kitts and Nevis for the same reason that they seek refuge in the Cayman Islands. St. Kitts and Nevis has neither, gold, bauxite nor petroleum reserves.  Any attempt to remove the tax-exempt status that is now granted to well-endowed investors, who purchase the highly valued passport and invest heavily in infrastructure and other forms of development will in short order snuff out the outstanding economic performance that St. Kitts and Nevis has achieved, relative to many of its regional peers.

The Constitution rightly does not provide a sharing rule between St. Kitts and Nevis for non-tax revenues, the most important of which are inflows from the Citizenship by Investment Program (CIP).  It turns out that non-tax revenues on the CIP Program is the single largest revenue item in the St. Kitts and Nevis budget. It accounts for 85 percent of all non-tax revenue and 40 percent of all (tax plus non-tax) current account revenues.  Regrettably, it is a subtle difference that is fully lost on those who have openly revealed an intent to waltz into Parliament and impose a tax on CIP funds.

We must cease and desist from playing mind games.  It is imperative that we have in place a numerical pro rata population-based sharing arrangement that can be validated for assessing the success or failure at meeting goals of the Charlestown Accord.  The masses are not going to sit there and take it from cradle to the grave.  They will show up in droves at the ballot box and reveal their preferences.