Actor Leonardo DiCaprio is one of thousands of investors who have pledged to divest from fossil fuels.

(CNN)- Rich people don’t just have bigger bank balances and more lavish lifestyles than the rest of us — they also have bigger carbon footprints.

The more stuff you own, and the more you travel, the more fossils fuels are burned, and the more greenhouse gases are emitted into the atmosphere.

Jetting around, buying luxury goods, keeping mansions warm and driving supercars — they all have a carbon footprint.

But some argue that the wealthy can do the most to help fix the climate crisis. Here’s how they could make a difference.

The buying decisions of the rich mean much more in the fight against climate change than those of most people.

Ilona Otto and her colleagues at the Potsdam Institute for Climate Impact Research estimated that the typical “super-rich” household of two people (which they defined as having net assets of more than $1 million, excluding their main home) has a carbon footprint of 129 tons of CO2 a year. That’s around 65 tons of CO2 a year per person, which is over 10 times the global average.

Otto noted that because the sample in the study was small, the numbers are illustrative. “Probably our estimates are even lower than the true emissions of millionaires,” she said.

“Regarding their own lifestyle choices, the rich can change a lot,” said Otto. “For instance, putting solar panels on the roofs of their houses. They can also afford electric cars and the best would be if they avoided flying.”

In the study, air travel accounted for more than half of the footprint of a super-rich couple.

Rich people also have more flexibility to make changes. “A high-income consumer likely has access and is able to afford more climate-friendly products or produce from local farmers,” said Tom Bailey, who contributed to a new report that highlights consumption in high-income cities.

“High-income cities and high-income individuals also have the resources to trial new products, services and solutions,” he explained, adding that they have the capacity to create a market for more sustainable goods.

As well as choosing what to spend money on, rich people can choose what industries to invest in — or not to invest in.

Oxfam estimates that the number of billionaires on the Forbes list with business interests in the fossil fuel sector rose from 54 in 2010 to 88 in 2015, and the size of their fortunes expanded from over $200 billion to more than $300 billion.

But there’s a trend of wealthy investors selling their shares in climate-harming industries, known as divestment.

Over 1,100 organizations and 59,000 individuals, with combined assets totaling $8.8 trillion, have pledged to divest from fossil fuels through the online movement DivestInvest.

Among them is Hollywood actor Leonardo DiCaprio, who signed the pledge on behalf of himself and his environment foundation — as well as a group of 22 affluent individuals from the Netherlands who pledged to remove their personal wealth from the top 200 oil, gas and coal companies.

And with divestment, a little can go a long way. “We did some simulations that shows that with the divestment movement you don’t need everyone to divest,” said Otto. “If the minority of investors divest, the other investors will not invest in those fossil fuel assets because they will be afraid of losing money … even if they have no environmental concerns.”

Wealthy people are not just economic decision makers, they can have political influence too. They can fund political parties and campaigns and have access to lawmakers.

Otto argued that rich people could use their political power to instigate positive changes to climate policy.

“Those people with the highest emissions, they have the highest agency to change something,” said Otto. “There’s so much research about the poor, the impact of climate change on the poor … sustainable development goals and so on. But when it comes to action and sustainability and transformation, the poor cannot do anything because they are busy surviving.

“But the educated, the rich and the super-rich — it’s a completely different case. They have the money and the resources to act and they also have the social networks,” she explained.

The wealthy can also support climate research. In 2015, Microsoft founder Bill Gates committed $2 billion of his fortune to fund research and development into clean energy.

In May, a group of scientists wrote to 100 wealthy charities and families in the UK to ask for an “extraordinary increase” in funding for environmental and climate-related issues.

“We implore you to urgently consider significant investment to prevent further ecological catastrophe — whether through your personal investments or your philanthropy,” the letter said.

There’s plenty of incentive for the wealthy to demand climate action: A recent UN report warned that delaying climate policies will cost the world’s top companies $1.2 trillion over the next 15 years.

The super-rich might also have an influence on other people’s carbon emissions. “High status in our societies remains associated with high material wealth,” said Otto. “It’s an aspiration to become like the very wealthy and you imitate the lifestyles of people who you want to be like.”

For example, air travel is no longer only a treat of the super-rich. This year, budget airline Ryanair was the only non-coal plant among Europe’s top 10 emitters.

The rankings include power stations, manufacturing plants and aviation.

“We as a society have to search for new ways of leading ‘rich’ lives that are independent of material wealth,” said Stephanie Moser, of the University of Bern, in Switzerland, who found that a person’s carbon footprint is better indicated by their income than their environmental beliefs.

“We have to redefine wealth in our societies such th 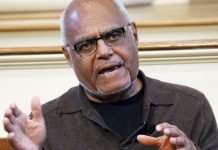