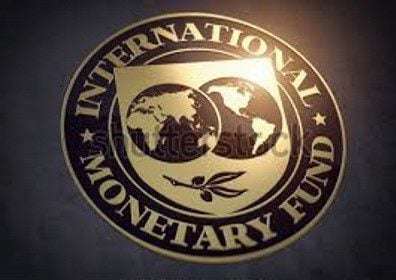 China’s lagging growth a key threat this year, IMF managing director Kristalina Georgieva said, while the US is ‘most resilient.’

Staff and agencies
The  Hill

For much of the global economy, 2023 is going to be a tough year as the main engines of global growth – the US, Europe and China – all experience weakening activity, the head of the International Monetary Fund has warned.

The new year is going to be “tougher than the year we leave behind,” IMF managing director Kristalina Georgieva said on the CBS Sunday morning news program Face the Nation on Sunday.

“Why? Because the three big economies – the US, EU and China – are all slowing down simultaneously,” she said.

“We expect one-third of the world economy to be in recession. Even countries that are not in recession, it would feel like recession for hundreds of millions of people,” she added.

In October, the IMF cut its outlook for global economic growth in 2023, reflecting the continuing drag from the war in Ukraine as well as inflation pressures and the high interest rates engineered by central banks like the US Federal Reserve aimed at bringing those price pressures to heel.

Georgieva said that China, the world’s second-largest economy, is likely to grow at or below global growth for the first time in 40 years as Covid-19 cases surge following the dismantling of its ultra-strict zero-Covid policy.

“For the first time in 40 years, China’s growth in 2022 is likely to be at or below global growth,” Georgieva said.

Moreover, a “bushfire” of expected Covid infections there in the months ahead are likely to further hit its economy and drag on both regional and global growth, said Georgieva, who traveled to China on IMF business late last month.

Meanwhile, Georgieva said, the US economy is standing apart and may avoid the outright contraction that is likely to afflict as much as a third of the world’s economies.

The “US is most resilient,” she said, and it “may avoid recession. We see the labour market remaining quite strong.”

“This is … a mixed blessing because if the labour market is very strong, the Fed may have to keep interest rates tighter for longer to bring inflation down,” Georgieva said.

The US job market will be a central focus for Federal Reserve officials who would like to see demand for labour slacken to help undercut price pressures. The first week of the new year brings a raft of key data on the employment front, including Friday’s monthly nonfarm payrolls report, which is expected to show the US economy minted another 200,000 jobs in December and the jobless rate remained at 3.7% – near the lowest since the 1960s.

Reuters contributed to this report