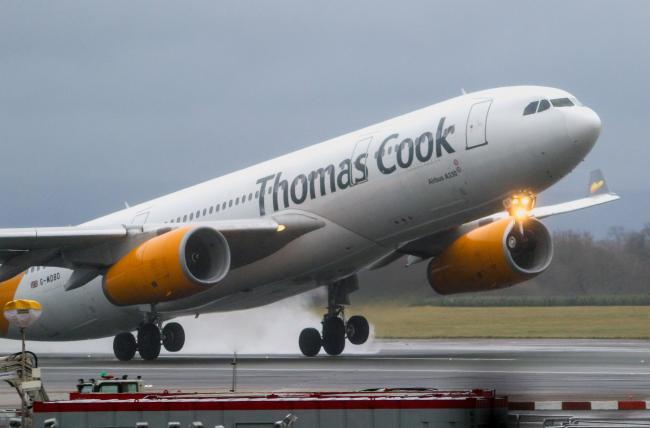 British travel firm Thomas Cook has gone out of business, as many as 600,000 holidaymakers stranded abroad and millions more with their holidays cancelled, many in the Caribbean region.

But customers who made bookings through Thomas Cook India can rest easy. It is a separate firm and in good financial shape.

Thomas Cook India said Monday it was a separate business so won’t be affected by the collapse of the venerable British brand. The company is owned by Canada’s Fairfax Financial Holdings, which bought a 77% stake in 2012.

“Please be reassured that all your bookings and transactions will continue to be smooth,” Thomas Cook India said on Twitter, adding that it only shares the Thomas Cook brand name through a licensing agreement.

Thomas Cook operates its own airline, with a fleet of nearly 50 medium and long-range jets, and owned several smaller airlines and subsidiaries, including German carrier Condor. Thomas Cook still had several flights in the air as of Sunday night, but was expected to cease operations once they landed at their destinations.

Condor posted a message to its site late Sunday night saying that it was still operating, but it was unclear whether that would change. Condor’s scheduled Monday morning flights appeared to be operating normally.

Around 600,000 Thomas Cook customers were reported to be traveling, of which were 150,000 British and were abroad, scheduled to fly home with Thomas Cook, the company told CNN.

The British Department for Transport and Civil Aviation Authority (CAA) prepared plans, under the code name “Operation Matterhorn,” to repatriate stranded British passengers. According to the CAA, those rescue flights would take place between September 23 and October 6, leading to the possibility that travelers could be delayed for up to two weeks.

Initial rescue flights seemed poised to begin immediately, with stranded passengers posting on Twitter saying that they were only being delayed a few hours as they awaited chartered flights.

The scale of the task has reports calling it the “largest peacetime repatriation effort” in British history, including the operation the government carried out when Monarch Airlines collapsed in 2017.

Costs of the flights were expected to be covered by the ATOL— or Air Travel Organiser’s License — protection scheme, a fund which provides for repatriation of British travelers if an airline ceases operations.

If you are on holiday with Thomas Cook UK, or have one booked, here’s what you need to do.

The Civil Aviation Authority has launched the UK’s largest peacetime repatriation operation, chartering a fleet of aircraft from around the world to bring passengers back to the UK.

A spokesman said: “Due to the significant scale of the situation some disruption is inevitable, but the Civil Aviation Authority will endeavour to get people home as close as possible to their planned dates. This will apply to both ATOL protected passengers and those who are not affected.”

It has launched a dedicated website, thomascook.caa.co.uk, where passengers stranded abroad can find details about their own flights home.

If you’re abroad with Thomas Cook now, you shouldn’t travel to the airport until your flight home has been confirmed on this website.

If you’re ATOL protected, you will be able to make claims for the cost of replacing ATOL protected parts of their trip, or for out of pocket expenses as a result of delayed flights home. The Civil Aviation Authority will be launching a service to manage all refunds by the end of the month.

I’m due to fly out with Thomas Cook today. Can I still go on holiday?

No, unfortunately all flights with Thomas Cook have been cancelled. Customers are advised not to go to the airport. If you choose to book an alternative outbound flight, you won’t be compensated for it and you won’t be eligible for a repatriation flight back.

I have a holiday booked with Thomas Cook that I’ve already paid for. How do I get my money back?

If you’re ATOL protected, you will be entitled to a full refund on your cancelled holiday – the Civil Aviation Authority will be launching a service to manage all refunds by the end of the month.