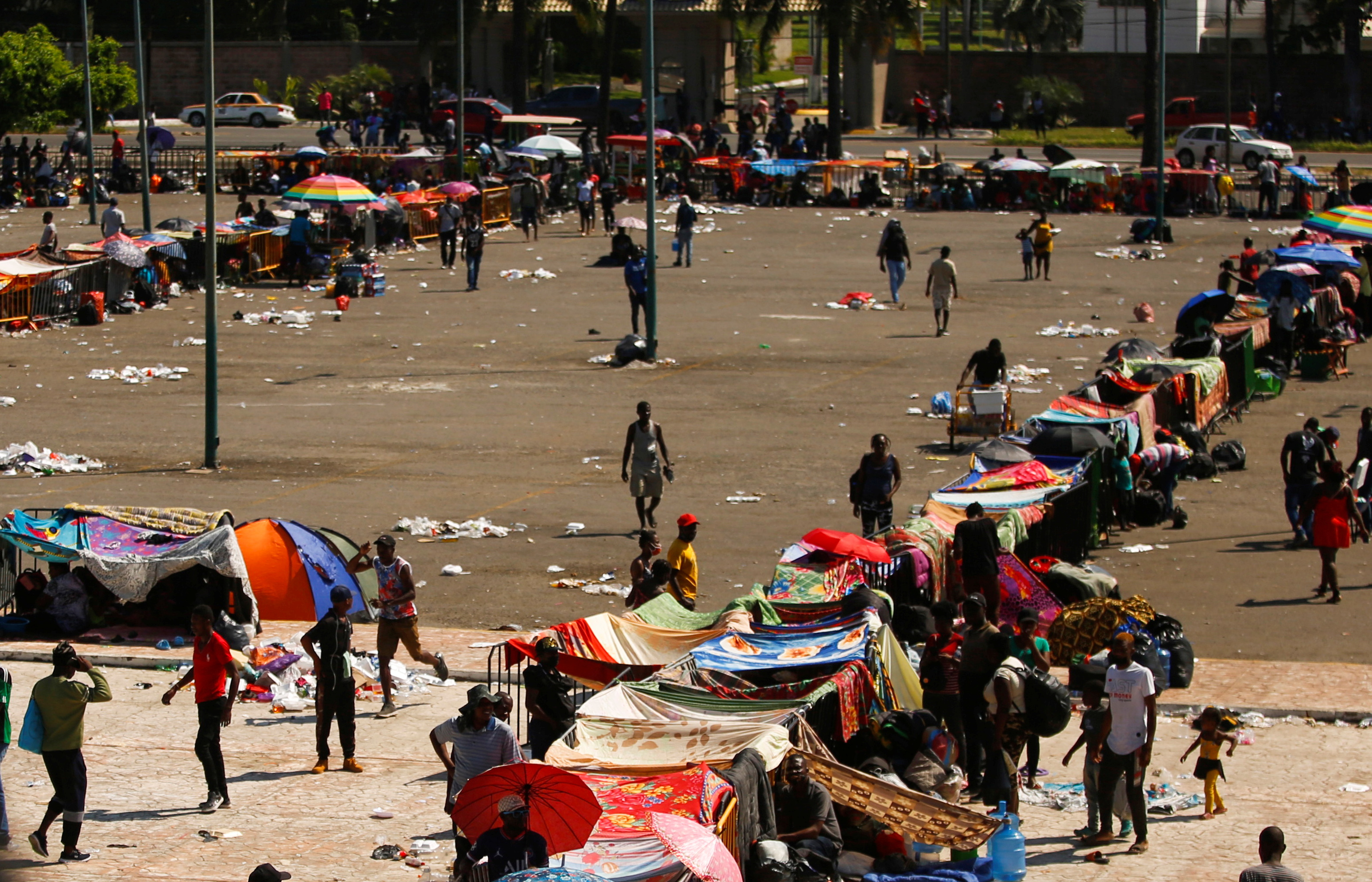 TAPACHULA, Mexico, Dec 1 (Reuters) – Several thousand Haitian migrants have camped outside a stadium in the southern Mexican city of Tapachula, pleading to be transferred to other states and given authorization to travel freely through Mexico and seek employment.

Mexican officials last week began moving hundreds of migrants to other states after they had endured lengthy waits for asylum and visas requests in Tapachula, aiming to head off migrant caravans heading north to the U.S. border.

Yet thousands more people remain in limbo in Tapachula, which is located near Mexico’s southern border with Guatemala.

Many on Wednesday told Reuters they were camping out at the stadium, which had been turned into a makeshift migration processing center, to be able to land spots on buses out of town offered by migration authorities.

Mexico’s migration institute did not immediately respond to a request for comment.

“We can’t leave the camp, we want to secure our place,” said Eliot John, from Haiti, who said he has slept at the camp several nights. “We do not want to go in a caravan because there are children and pregnant women with us, it is much more dangerous.”

Reuters photos show a ramshackle encampment of blankets hung between metal fences in a concrete parking lot under direct sun, with trash strewn about the ground.

Inside the stadium, dozens of migrants sat on the grass or in spectator seats.

Haitian migrant Roldy, who asked to not disclose his last name, said he has been waiting in Tapachula for four months and spent the last five nights outside the stadium with his wife and daughter.

“My family and I can’t keep putting up with hunger and thirst and sleeping on the street,” he said.

Marceline Pierre, also from Haiti, beseeched Mexican President Andres Manuel Lopez Obrador to take note of the unsanitary conditions and help him and his fellow migrants get paperwork to move freely through the country and find jobs.