In the recent past, there has been a lot of sex chatter on the television news in the USA.

Not to be outdone, here at home there is also news about deviant sexual behaviour. It has been reported that two women have been raped and that a man has been arrested for molesting young boys.  He is alleged to be a recent immigrant.  In Antigua, there is now open discussion on human trafficking for prostitution.  Prostitution may be an open secret here.

Let us focus initially on the paedophile. His facebook page advertises him as an Evangelist, making the allegation that he came here to grow a church, quite plausible. That process, the one for establishing a church in the Federation is ridiculously simple. Get a few persons to agree in writing that you are their spiritual leader and apply for pastor’s licence. You don’t need a sanctuary: a marquee can be sanctified. If you want to qualify for duty concessions, then have a building with two doors and two bathrooms, increase your membership to over 50, and voila!  We pray for protection against these deviants who hide behind religion.  We recall the trauma of Jamestown, Guyana and trust that our authorities can protect us.

There is now a Ministry of Ecclesiastical Affairs, yet the licencing of churches and pastors is still the purview of the Ministry of Health.  It is so easy and yet confusing.

The issue of the rape is always a difficult one. No one should be subject to such violations and the punishment upon conviction should leave a lasting impact on the perpetrator as it does on the victim.  One country is even now debating chemical castration for convicted rapists.

The sad thing overseas and also here, is that there is always someone willing to justify deviant behaviour by pointing it out in other people, or willing to pay money to “settle” the matter out of court.

It is truly sad that in the 21st century, we have made so little progress and still need to have these conversations. 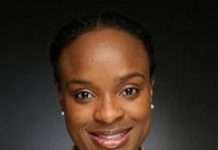 Why the Bridgetown Initiative on Climate Finance is Good For Trade

US Mid-term elections: a defining moment for the world 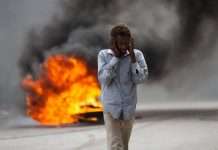