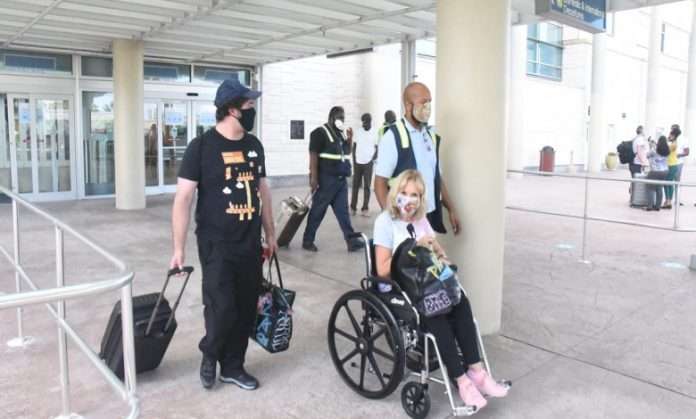 In the Bahamas, March was the busiest month for visitor arrivals since the start of COVID-19 travel restrictions, with early indications showing that approximately 60,000 tourists visiting based on the number of health visas sold.

Minister of Tourism and Aviation Dionisio D’Aguilar confirmed yesterday that the number of visas required to enter the country has nearly doubled since the peak in December.

“If I go back and look at the health visas that were purchased by visitors, when we first started in November, there were about 14,000 visitors that came in and then in December when Christmas came along, there were about 32,000. Then in January, it obviously dipped back down to 21,000 but it was more than November. Then in February, it was 28,000 – February was 28 days, it was probably as good as December was. Then in March, we jumped to 60,000 visitors. March was a bump. I think a lot of persons were on Spring Break,” D’Aguilar told Guardian Business.

“You know, I always said that as more and more Americans get the vaccine, they will become more emboldened to travel. March is always traditionally a good month for us anyway. It still is probably well below 50 percent of what we used to get.”

D’Aguilar said the upcoming second week in April could be equally as busy, as the residual effects of the Easter and Spring Break travel period linger.

“The month of March has been the busiest month since the pandemic began and this Easter weekend has been busy. While the numbers do not compare to Easter of 2019, we are grateful for the strong start to April and hope that the current positive trend will continue,” she told Guardian Business yesterday.

“Both domestic and international travel were busy. We were very pleased to welcome an encouraging number of visitors.”

Ahead of the four-day holiday weekend, NAD stated it was anticipating an uptick in foot traffic through the airport after seeing incremental monthly increases in domestic traffic since November 2020, when the tourism sector fully reopened.

While there was a lull in travelers during the month of February compared to January, Knowles said there has been month-over-month growth in travelers through the main gateway, which airport and tourism officials hope will continue during the rest of the year.

The most recent data available showed that total visitor arrivals to The Bahamas during the month of February totaled 23,619 – the majority of which came via air.

The number is significantly lower than the 687,200 arrivals in the same period last year. Still, Knowles said, The Bahamas is gaining momentum.

“There has also been month-over-month increases in international travelers for November, December and January. The airport experienced a slight downturn in international passengers during February compared to January, however March has shown the type of positive upward trend that we hope can continue throughout 2021,” she said.

There were just below 350,000 visitors that traveled through LPIA for the entire first quarter of 2020 – just before the country’s borders were closed to commercial flights, compared to the approximate 482,000 during the same period a year prior.