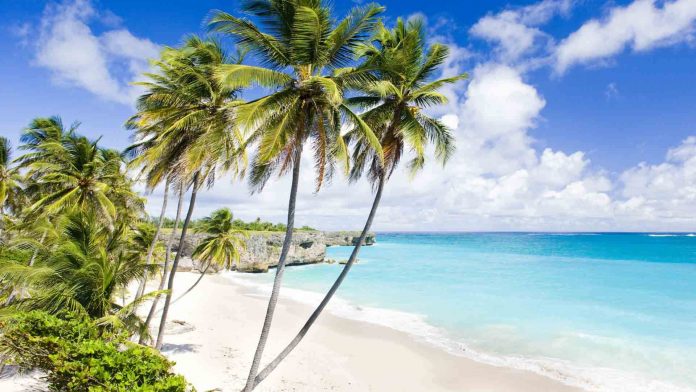 British tourists have told how they experienced ‘prison camp’ conditions at a Covid quarantine facility in Barbados. Holidaymakers said they had to fight to be released after being escorted to the compound which they say lacked basic amenities.

They were taken late at night to the Harrisons Point Isolation Facility, which they described as a makeshift centre fenced off with little outdoor space and armed guards in military fatigues posted outside.

The tourists claim that the rules kept changing after they tested positive for Covid on the Caribbean island, despite being fit and healthy and having returned negative PCR results in the UK.

One couple found themselves separated on a two-week trip after flying out on December 20, before non-essential travel was banned as England’s third lockdown came into force.

Kirsten Day was escorted from her hotel at 11.30pm on Christmas Eve after a positive test. The healthcare assistant, 47, said: ‘Harrisons Point was like a prison. ‘They told my partner I would have my own room with a television but I was put straight into a ward with people who were quite poorly.

‘The care when they realise you are poorly is quite good but if you’re ok, you’re just stuck there. ‘You are fenced off from the outside world and while there was a small area outside with chairs no one was cleaning them afterwards. If the door wasn’t open, you had to ask. ‘I didn’t touch the kettle or the microwave because people with symptoms were touching them and they were not being cleaned afterwards. I just drank water. It was just a battle to find out what was going on, different doctors told you different things.’

Ms Day was in Harrisons Point for six days while her partner, Jason Green, who tested negative throughout their stay, continually demanded answers. She says it was a constant battle to find out the testing criteria but she was eventually allowed to leave in a taxi after returning a blood test, which showed Covid antibodies, and a negative swab test.

The couple paid a total of around £900 for the tests they took on the island and are trying to get the money refunded. Kirsten and Jason, 52, an accountant, both complained to the management and Barbadian authorities throughout their stay on different parts of the island and since returning home to Cambridgeshire.

Ms Day said: ‘The food was just horrendous, we had chicken nuggets and bread and butter for breakfast one morning and there were no knives. ‘They did eventually provide knives but the basics just weren’t there. ‘They would ask you to take medicine and give it another patient.’

Ms Day tested positive for Covid antibodies in July but followed all the travel rules before leaving for her holiday. She added: ‘We knew we took a risk, but nothing was ever explained. ‘I knew the isolation centre wouldn’t be a hotel but if I’d have known if I could have ended up somewhere like that I would have stayed at home.’

Another tourist, who travelled to Barbados with her baby daughter on a budget deal with a holiday club, says she was left thousands of pounds out of pocket after being taken to Harrisons Point. The 38-year-old had also been given the all-clear for Covid with PCR and lateral flow tests before leaving the UK on December 28. The teacher and her eight-month-old daughter were taken to the 200-bed isolation facility after they and a friend arrived at the Blue Orchid resort to begin a two-week break. 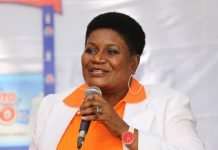 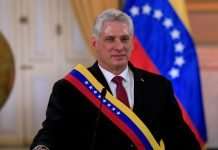