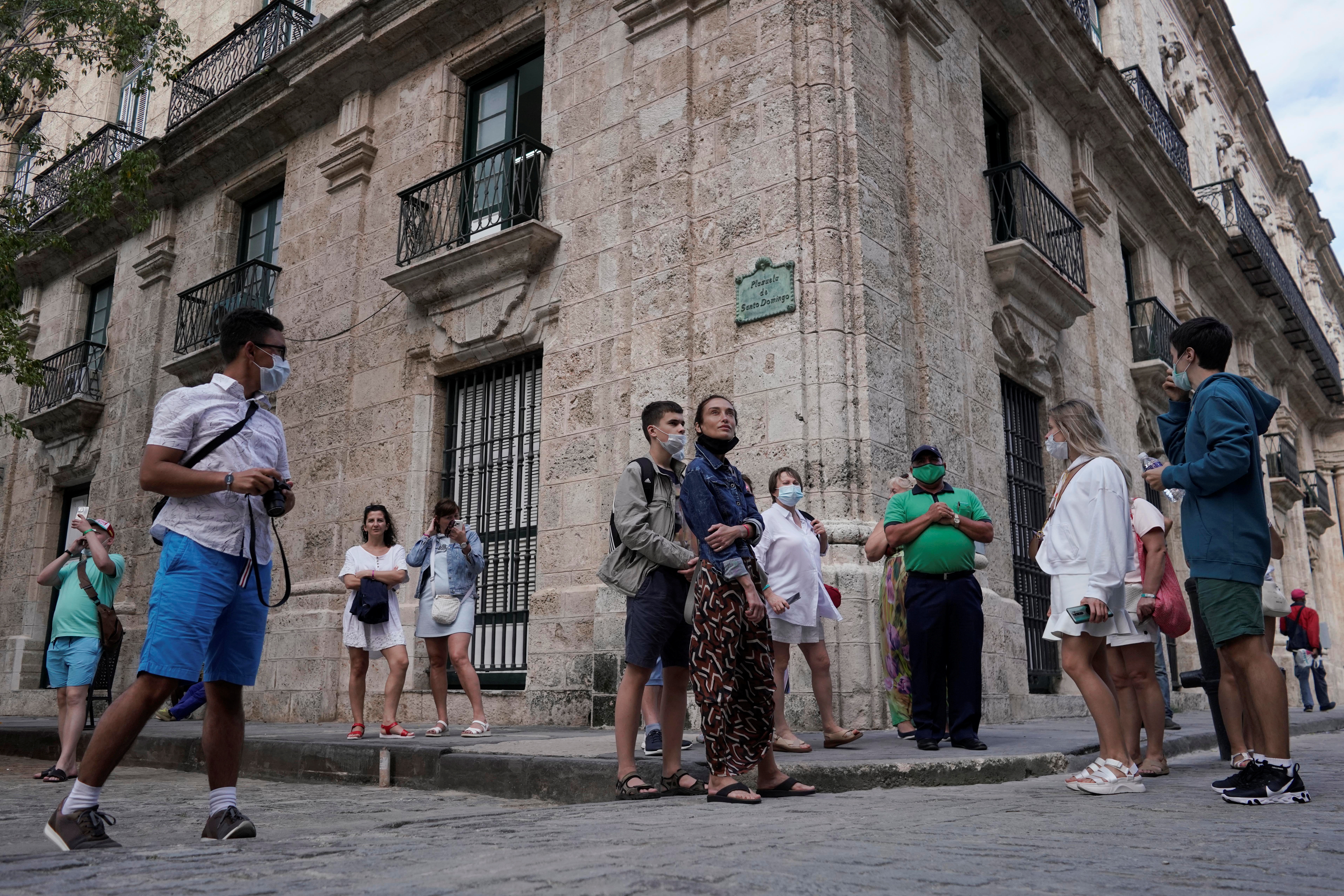 HAVANA, Nov 25 (Reuters) – Cuban tourism operators breathed a sigh of relief this week as the first tourists in months returned to sip mojitos and snap selfies in vintage cars in the capital Havana, providing a much-needed shot in the arm to the Caribbean island’s ailing economy.

Communist-run Cuba has vaccinated nearly its entire population with home-grown inoculations, prompting authorities last week to re-open the country’s borders to tourism after a nearly two-year hiatus during the coronavirus pandemic.

New infections have dropped off sharply across the country in recent weeks, according to official statistics.

The Bodeguita del Medio, a restaurant-bar that claims to be the birthplace of the mojito cocktail, was bustling on a sunny November day as bartenders prepared mint-laced drinks for largely European tourists in shorts and t-shirts.

Ernesto Hechevarria, a 55-year old tourism guide, told Reuters outside the bar once frequented by author Ernest Hemingway that foreign visitors would breathe life back into the city.

“Tourism is the engine of Cuba’s economy,” Hechevarria said as he watched tourists come in and out. “Now the economy is beginning to revive.”

Authorities closed schools, entertainment venues and restaurants, and drastically scaled back flights to the island for nearly two years during the pandemic, exacerbating an economic crisis that left residents short of food and medicine.

Dayana Siloche, who sells traditional Cuban handicrafts to tourists in Havana, had seen her livelihood all but wiped out during the pandemic.

“Everything had come to a standstill. We couldn’t make enough to eat. There was nothing,” Siloche told Reuters. “Now, little by little, things are returning to normal.”

Tourists were equally happy as they snapped photos of downtown Havana’s plazas and side streets.

“Being able to come here, and to see international borders like those of Cuba once again reopen, is marvelous,” Pindado told Reuters.