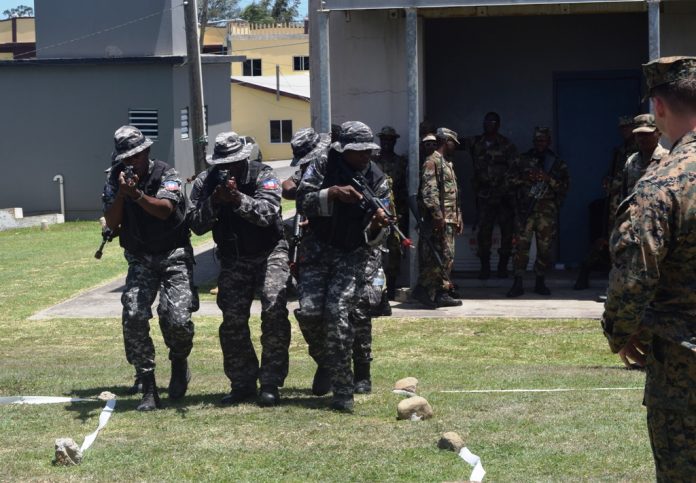 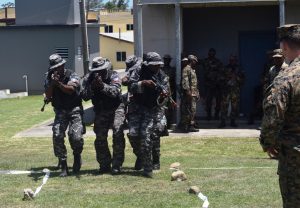 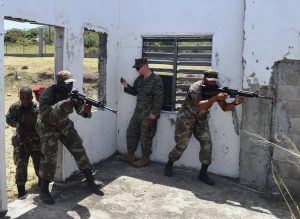 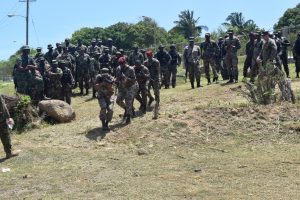 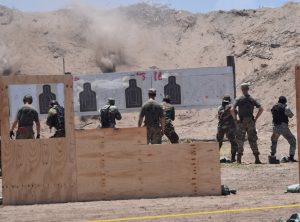 Training officially begins for Phase I of Tradewinds 2018

2nd Lt. Logan Boomgarden was among a number of United States Marines conducting and supervising the training at Camp Springfield during the early morning session. Military personnel from Antigua and Barbuda, Haiti, Guyana and Dominica were busy executing a number of exercises.

“We’re teaching all the gentlemen out here how to move through an urban environment, and clear out rooms and engage enemies throughout those rooms,” he said. “So far, it is going really well. People seem to be picking up on the tools that we’re providing them and our Marines are happy to be out here teaching.”

The Marine, along with the other members conducting the morning training, are based at Camp Lejeune in Jacksonville, N.C. This is his first time participating in Exercise Tradewinds, which is coordinated by the United States Southern Command (USSOUTHCOM).

When asked about his impression of TW18, he said: “I could not be any happier, sir. This is an excellent opportunity for me and my Marines and we hope to come out here as much as we can in the following years.”

Other activities that were held today for TW18 were in port drills for cutters and a table top exercise for an aircraft disaster that will be simulated at the R. L. Bradshaw International Airport Saturday. Phase I will run June 4-12 in St. Kitts and Nevis. Phase II will be held in the Bahamas June 13-21.