CIUDAD ACUÑA, Mexico, Sept 19 (Reuters) – A U.S. law enforcement officer on horseback wielded what appeared to be a lariat, whipping it close to the face of a man wading in the Rio Grande carrying a plastic bag of food.

It was just one desperate moment in a few hours of such scenes along the Rio Grande on Sunday.

Hundreds of Haitian migrants who have been camping under a bridge in the Texas town of Del Rio were trying to bring food and other supplies from Ciudad Acuña in the Mexican state of Coahuila, while U.S. officials have stepped up security at the border and started flying migrants out of the area, some to Haiti.

Migrants said their squalid encampment under a bridge on the U.S. side of the river was short of supplies. U.S. officials over the last few days had let migrants cross back and forth at a shallow point of the river. On Sunday, however, they told migrants they would not be able to return to the U.S. side if they ventured into Mexico.

“We’re trapped,” said Joncito Jean, 37, who had spent three days sleeping on a sheet on the ground with his wife and children, ages 3 and 4. He said he regretted the decision to come.

“There are no humane conditions… We have to break out to buy water.”

More than 12,000 migrants, identified by officials on both sides as mostly Haitian, have been gathering under the bridge in recent days, awaiting immigration processing. Instead, U.S. officials began removing several thousand people from the camp over the weekend, including some who were later seen arriving in Haiti.

Still, several people who spoke to Reuters, most of whom traveled with their children, said they would take their chances to try to stay in the United States.

Mackenley Pearre, 25, left impoverished Haiti in July with his cousin, wife and 2-year-old daughter due to the worsening violence and inability to find work as an electrician. In July, Haiti’s president was assassinated, and in August a major earthquake and powerful storm hit the country. 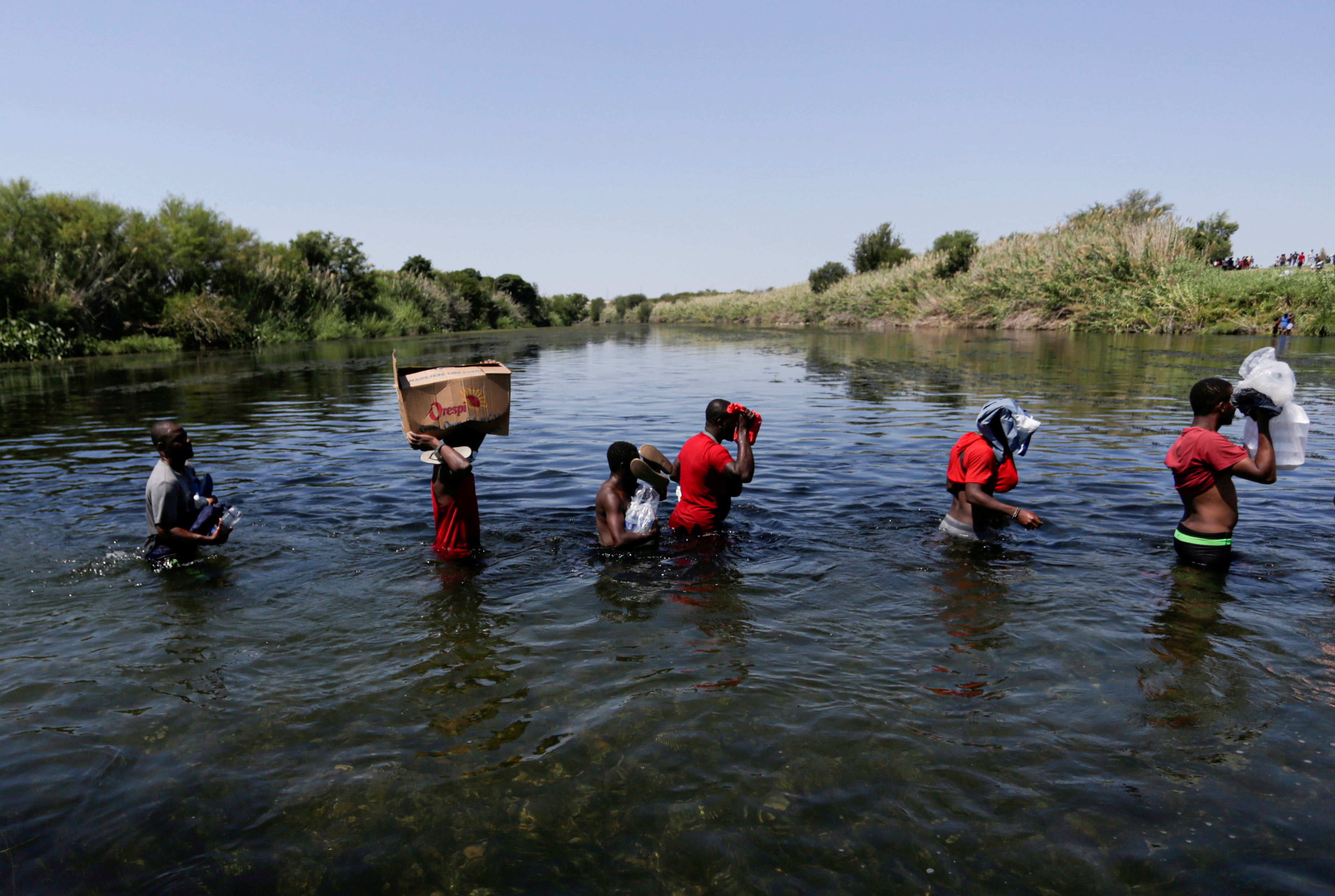 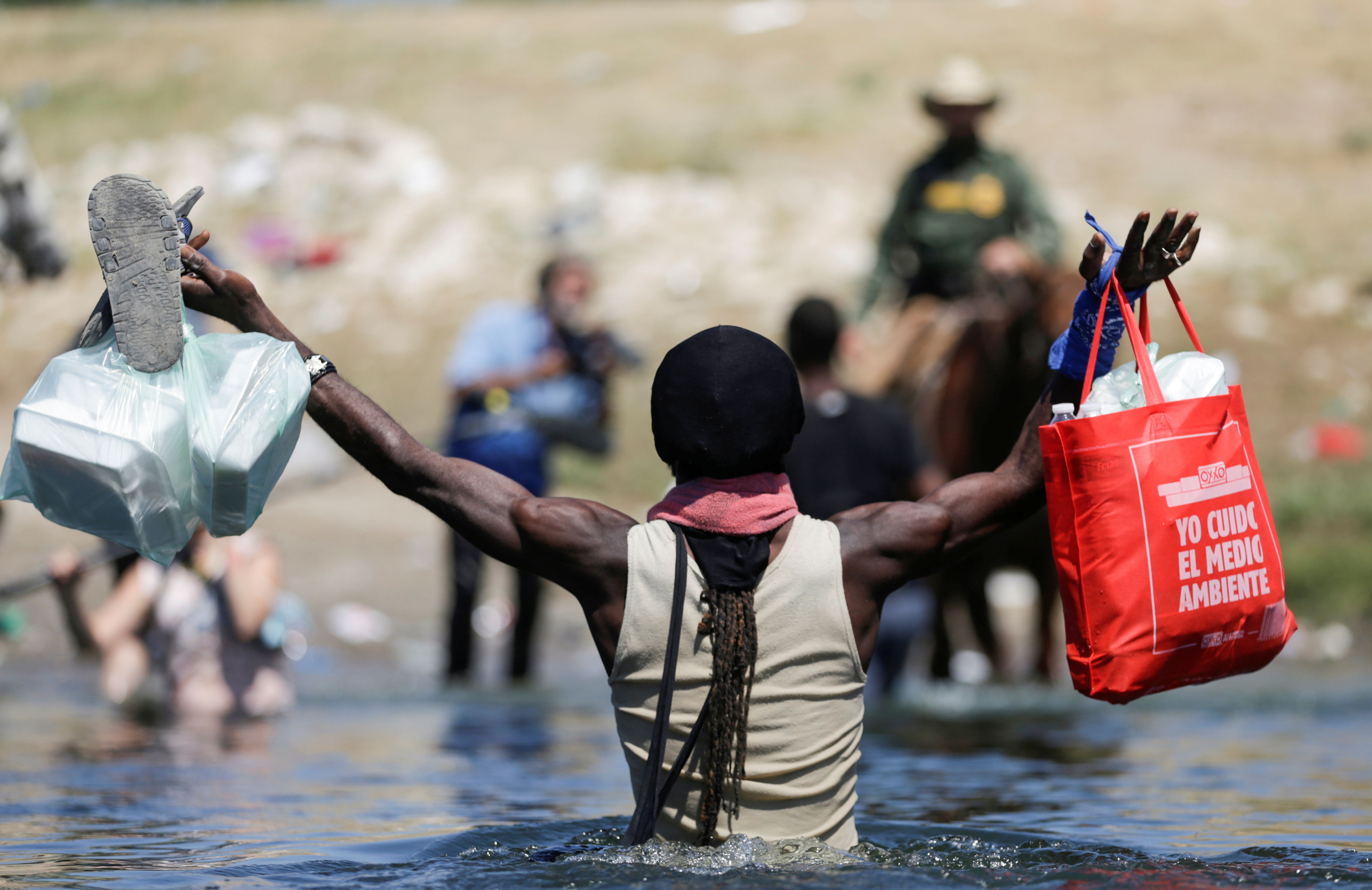 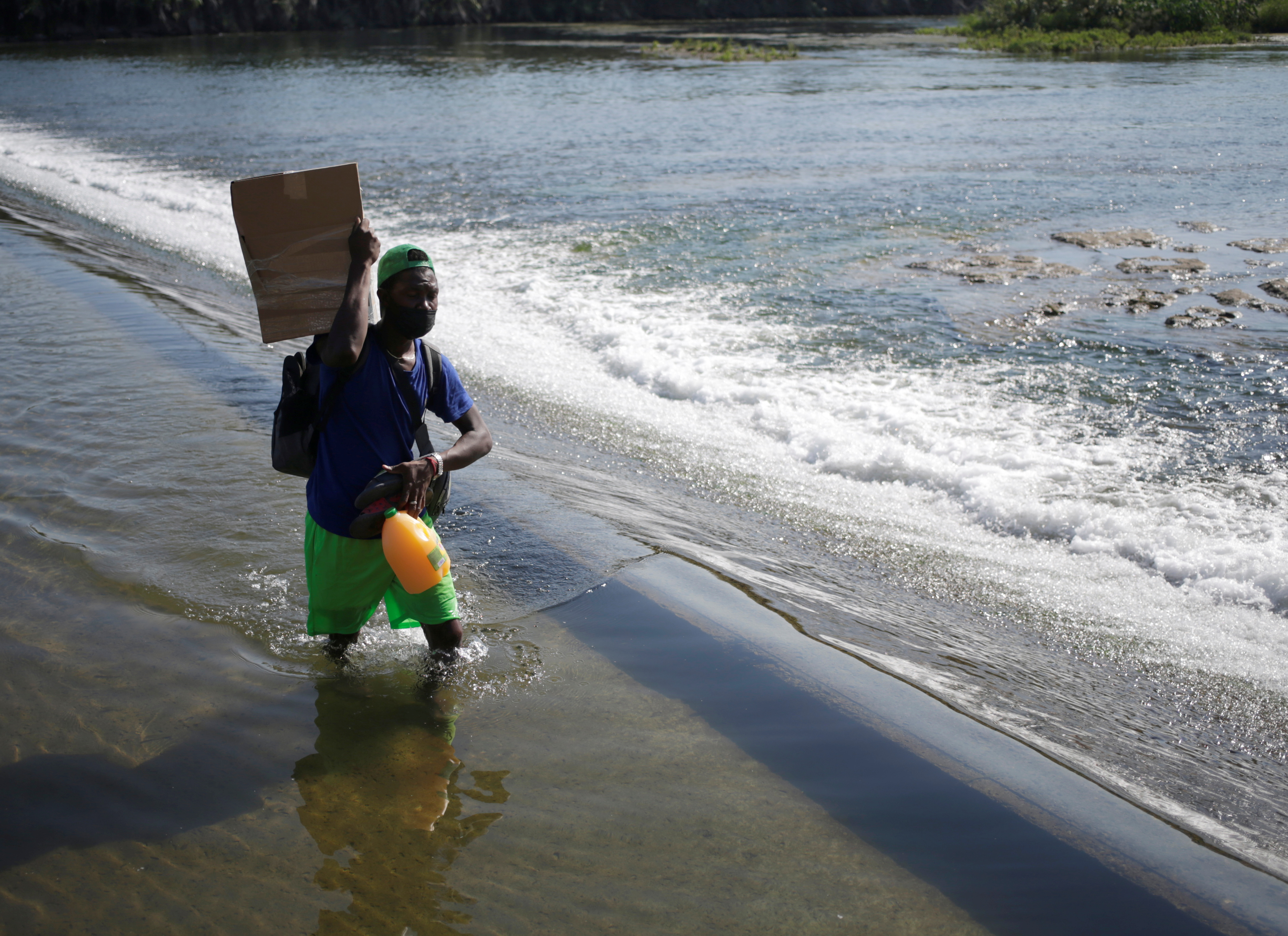 “You have to do something to not die of hunger,” he said, eating a tamale given to him by a local resident on the Mexican side, one of several people who said they felt moved to help.

“Over the next 6 to 7 days our goal is to process the 12,662 migrants that we have underneath that bridge as quickly as we possibly can,” Ortiz said. “What we want to make sure is that we deter the migrants from coming into the region so we can manage the folks that are under the bridge at this point.”

At the border, migrants waded deeper to try to evade law enforcement. Mostly men, many barefoot and in boxers, attempted trickier crossings through waist-deep water. Some migrants crossed at another point where water reached their necks.

After one of the officers in the vests unfurled a cord resembling a lariat like a whip and steered his horse to block the migrants, one tumbled back into the water. He got up and tried again, but the officer swung the cord again near his face.

In another incident, the same officer grabbed the back of the shirt of a migrant trying to run up the bank with bags of food.

Both people appeared to eventually slip past while the officers tried to hold back migrants who were scattering in all directions. A group of some two dozen people were later seen seated on the U.S. side of the river’s edge behind yellow tape near several patrol cars.