ROAD TOWN, BVI–December 2nd, 2020–With the Government of the Virgin Islands has officially reopening its borders to residents and visitors on December 1st, 2020 come a slew of new rules and regulations related to Covid-19 precautions.

All persons who arrive in the Territory must enter quarantine for a period of four complete days. Persons quarantining on an approved vessel must anchor or dock at the approved mooring sites throughout the duration of the mandatory four-day quarantine.

Additionally, vessels are allowed restricted movement in the Territorial waters amongst the areas approved for quarantine mooring sites. Landing on any site is restricted until guests have received an Arrival Day/Day 0 negative PCR test result.

The public is also reminded that vessels must be provisioned before guests arrive and board. The vessel, guests, the entire party and the 30-foot radius around the vessel make up your “mobile bubble.” This “mobile bubble” allows guests to swim and enjoy our Territory within the specified 30-foot radius of the vessel.

Vessels can also visit the list of marine approved sites in the Territory; however, vessels are to be anchored or docked by 6:00 p.m. daily at an approved mooring site until 5:00 a.m. the next day.

The government has outlined fines and fees travelers to the BVI will have to pay if they breach government’s COVID-19 protocols implemented for the local tourism industry.

The fines are outlined under section 13 of the COVID-19 Control & Suppression Regulations (2020) which were approved by Cabinet this week.

According to the regulations, “a person who tampers with or damages a geofencing device shall be issued a fixed penalty notice by the relevant authorized officer and be required to pay a fine of $125.”

Any unauthorized person who visits any person who is quarantined under the said regulations will be fined $500.

The regulations state that the fixed penalty must be paid to the Magistrate’s Court that will also specify the period within which the penalty is to be paid.

The court may require the fine to be paid within 21 days or earlier if a person is scheduled to leave the territory soon.

In an example of enforcement, four US citizens who were charged with illegal entry after their boat entered BVI waters illegally were each fined $1,000.

On Thursday, 19th November 2020 at about 1:30 p.m., HM Customs received information of a sailing vessel travelling from St John in the USVI towards Jost Van Dyke. As a result of the report made, the Joint-Task Force proceeded to the western side of Jost Van Dyke.

The court heart that about 2:04 pm the boat was found to be near Soper’s Hole in the territorial waters of the BVI. When asked where he was coming from, the captain, Cancro reportedly replied: “We came from St John, USVI and was just sailing around.”

The law enforcement officers then informed the captain that they are in BVI waters and that the borders are closed to international vessels.

Cancro then said: “I know the borders are closed, but we didn’t touch land.”

The captain was then informed that it appeared that he was in breach of the territory’s laws, and was guided to Soper’s Hole, West End. The four errant sailors were then placed into mandatory quarantine in a local hotel as part of COVID-19 preventative measures.

While under the 14-day quarantine here in the BVI, some American media outlets aired video clips released by four US citizens who said they were unfairly detained under unsanitary conditions by BVI authorities.

However, the BVI’s DPP office released a subsequent statement calling the claims made by the detainees “erroneous”. 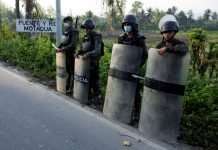 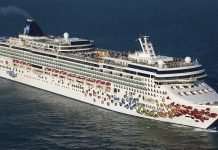