PORT OF SPAIN, Trinidad-–A video of underaged children who appeared to be drinking alcohol during school hours has caught the attention of Education Minister Dr Nyan Gadsby-Dolly.

In the 27-second video, about a dozen children are seen dancing while music plays in the background.

No one is wearing a face mask.

One boy who appears to be less than 10 years old holds a bottle looking like alcohol. He then drinks from it. A woman is heard saying, “That is what you have the children and them doing?” An adult male looks on.

Speaking to Trinidad Guardian Media, Minister Gadsby-Dolly said she could not verify the primary source of the video and therefore could not confirm who the children were, where they were from and whether the video was taken on a school day.

“I am also unable to confirm what they are drinking so I cannot comment on those issues more than to say that the use of obscene language if uttered by the children, is unacceptable,” Gadsby-Dolly said.

Asked what mechanisms are in place to ensure that students get their education, Gadsby-Dolly said an attendance accounting system is in place.

“It is critical that student attendance is taken for the purposes of accounting for our students. The Ministry of Education has asked for class attendance data to be taken daily online, and also that regular contact be maintained between teachers and parents whose children are receiving packages so we can account for the student engagement,” she added.

The Children’s Authority of Trinidad and Tobago is calling on parents to make the care and protection of their children, their number one priority.

The call comes following the circulation of a video with children liming and drinking what appears to be alcohol, outside a residence. The children are also heard using obscene language.

The Authority notes that parents and guardians must take responsibility for teaching children what is acceptable and unacceptable behavior. It adds that children should be taught at an early age the dangers of alcohol consumption and illicit drugs.

Parents are reminded of the following:

• Set boundaries about places children may go and enforce them

While the date of the video is not known, adults are encouraged to remind children that the COVID-19 pandemic requires behaviour change by all, in order to prevent the spread of the virus.

The Authority is collaborating with the Child Protection Unit of the Trinidad and Tobago Police Service to investigate the matter. According to Section 38 of the Children Act, 2012, the Authority is mandated to contact the parent, guardian or the person with responsibility for a child, once it receives information from the Police that the child was believed to be drinking alcohol.

The public is reminded that “child protection is everybody’s business” and we should not turn a blind eye when children are in danger or engaging in dangerous activity. To report concerns about a child’s safety, contact the Authority’s Hotline at 996 or the Police at 999.

Meanwhile, president of the National Primary Schools Principals Association Lance Mottley said the video was definitely an issue for parents.

“This is a parenting issue and has to be addressed from their perspective,” Mottley said.

He added that there was only so much that principals could do especially outside of the physical school environment.” 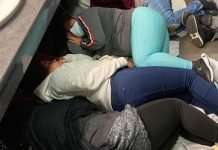 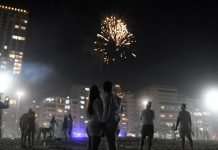