Advisers and allies of President Donald Trump warned that his attack on four Democratic congresswomen of color on Sunday may have backfired, helping to unite a fractious Democratic Party and veering off his 2020 campaign message, Politico reported.

“I’m disappointed he injected himself [in] Dem on Dem violence,” a source described as “a Republican who speaks with Trump regularly” told the publication.

“Anything the president does that distracts from the larger and broader issue is always a gift” for Democrats, the person added.

Trump’s racist attack was aimed at Reps. Alexandria Ocasio-Cortez of New York, Rashida Tlaib of Michigan, Ayanna Pressley of Massachusetts, and Ilhan Omar of Minnesota. The president told them to “go back and help fix” their “broken and crime infested” countries.

All four lawmakers are US citizens, and three were born in the US; Omar’s family fled violence in Somalia when she was a child and sought asylum in the US.

The four congresswomen were locked in a dispute last week with House Speaker Nancy Pelosi, but Trump’s attack has united the Democratic Party behind them. Pelosi tweeted on Sunday that Trump had reaffirmed that “his plan to ‘Make America Great Again’ has always been about making America white again.”

Some analysts didn’t agree with the assessment of the Republican insider who spoke with Politico. NBC’s Jonathan Allen argued that with his attack, Trump was tying the Democratic establishment to its most progressive members, helping him to portray the party as too extreme.

Read more: Trump stepped up his attacks on a group of progressive congresswomen of color, groundlessly calling them ‘pro-terrorist’ and ‘anti-USA’

Trump has since doubled down on his criticism of the congresswomen — but he has focused on smearing them as socialists hostile to the US and Israel. Early Tuesday, he groundlessly said the group was “anti-USA” and “pro-terrorist.”

Politico characterized the new attacks as an attempt to return to the 2020 campaign message — Trump, a defender of capitalism and American values, versus a Democratic Party run by socialists — that advisers were so frustrated he had veered from. 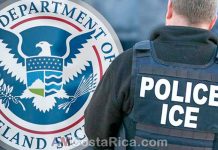 Costa Rican detainee with COVID-19 passes away in ICE custody