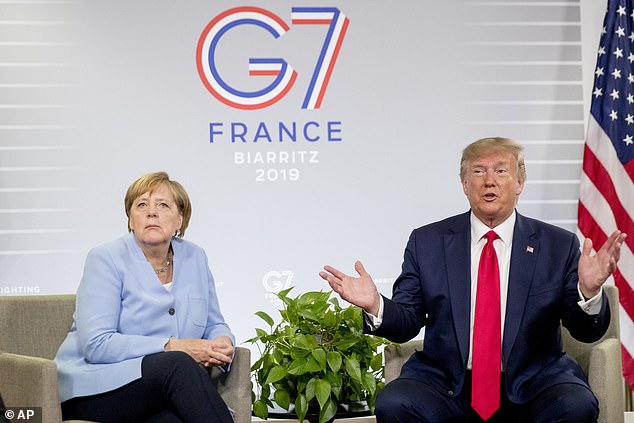 A report that President Donald Trump asked Homeland Security and national security officials if the US could use nuclear bombs to disrupt hurricanes – and his subsequent denial he said this – has put a spotlight on where he might have found inspiration for the theory.

What’s clear is that Trump’s purported proposal is not new.

It first emerged in 1935 after a hurricane ravaged the Florida Keys, the Washington Post reported.

A group of chamber of commerce executives from across the state came up with the suggestion that the government bomb storms before they made landfall.

These storms are not only local menaces,’ Clyde Elliot, the secretary of the Hollywood chamber of commerce said.

‘They reach Newfoundland frequently before they disburse, hence this control is really of national importance.’

While it did not gain any traction at the time, the proposal resurfaced in 1945 after the US dropped the first atomic bombs on Hiroshima and Nagasaki.

President Harry S. Truman received a letter from Herbert A. Frink, the mayor of Miami Beach, urging him to consider the idea to protect beachfront residences in Florida from the destructive storms.