Facebook
Twitter
Pinterest
WhatsApp
TRAVEL: by Eric Mackenzie Lamb
Located in the southeastern corner of Switzerland, the Kanton (district)  of Graubünden is one of the most scenic areas in the country’s renowned Alpine landscape. Aside from having some of the deepest valleys in Europe, and with a fifth of its area under forest cover, Graubünden is also the source of the Rhine River, one of Europe’s major tributaries. But, unless you’ve carefully studied your map, you’d never imagine that the gurgling stream you’re seeing from that hiking path will continue to grow into a majestic  waterway over 800 miles in length, touching no less than five countries as it makes its way to the North Sea.
So important has the Rhine become over centuries for commerce (and, lately, tourism) that the Kanton of Graubünden decided to erect an exact duplicate of the original lighthouse, located at the river’s mouth in Holland, to a roadside area a few miles below the glacier which is the actual source of the Rhine. Not surprisingly, it’s tagged as the world’s highest lighthouse and has become one of the Kanton’s major tourist attractions.
But that isn’t the only thing unique to Graubünden. In fact, the Kanton has its own unique language, Romantsch, which, as the name implies, dates back to when much of today’s Europe-along with parts of Britain-were invaded by forces of the Roman Empire. Over the centuries, long after the Roman Empire had ceased to exist, small isolated villages continued to incorporate Latin-based words and combine
them with their area’s own languages, primarily Celtic and Raetic, as well as Germanic and, later, French, Occitan, and Lombard.
In 1465, the town of Chur, an important religious and commercial town (and now the capital of Graubunden) was almost completely razed by fire. German artisans were brought in to repair the damage, especially those to churches and other prominent structures. As a result, many Germanic words were added to the local vocabulary. Others were simply invented where none existed in order to fit a specific need. The isolation of many villages from each other also resulted in various dialects, of which at least five still exist today. Much changed during the early to mid 1900’s, when roads and other vital infrastructures were finally built and workers from Germanic-speaking parts of Switzerland and surrounding countries began to settle in Graubunden, while, at the same time, many of the Kanton’s own residents traveled south to Italy in search of jobs. When they finally returned, their dialects had become distinctly Italianized, and this, too, would eventually Influence the Romantsch language.
Just to give you an idea, here are some examples.
Good Horses: Buns Chavals
Now compare that with Italian (Buono Cavalli) or French (Bons Chevaux). Easy to see that they have a common linguistic base.
But it can also be complicated. For example, the phrase used for the title of this article at the top of the page: Tschontschas ti Romantsch? Do you speak Romantsch? Or
Sin Seveser (Goodbye);Jeu hai num (my name is); Bundi (Good Morning). When it comes to such an unusual language, there’s no such thing as an established script.
Interestingly, Romantsch didn’t exist in written form until 1552, when a catechism was first published in the local language, followed by a translation in 1560 of the New Testament, L’g Nuof Sainc Da Nos Signor Jesu Christ.
In 1996, the Federal government passed a law which finally designated Romantsch as a common language for Graubunden. This was a major victory for those who wanted to preserve a linguistic heritage which they considered to be in grave danger of extinction. It was also a cultural 180 degree turn; in previous years, even school children were punished for speaking Romantsch in class. Still, a significant number of residents, most of whom were by now bilingual, opposed the move and preferred the language to die a natural death.  But their hopes never materialized.  During a
referendum which took place in June, 2001, sixty-five percent of Graubunden’s population voted to have Romantsch as the Kanton’s official language. Soon after, the Federal government designated it as Switzerland’s fourth language, adding it to German, French, and Italian. Nevertheless, preserving Romantsch, even today, is a continuous struggle; only about 40,000 people actually speak it, a minute fraction of Switzerland’s population.
Do cows in Graubunden also communicate with each other in a local dialect?
Who knows? 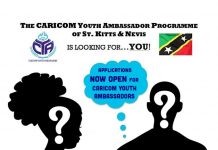