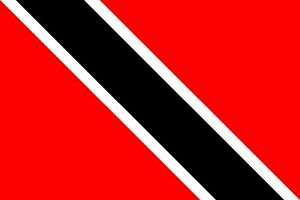 This country has remained on the Tier 2 Watch List for trafficking in persons for a second consecutive year, and there are concerns that if immediate measures are not taken to improve this urgently, T&T could find itself being blacklisted by the US.

On Tuesday, the US Department of State released the 2022 Trafficking in Persons Report and advised, “The Government of Trinidad and Tobago does not fully meet the minimum standards for the elimination of trafficking but is making significant efforts to do so.”

The report was released just days after police officers and a Venezuelan activist rescued six girls and one man from a prostitution ring in Chaguanas. The migrants, who came to T&T seeking a better life, were instead tricked and held captive and forced into prostitution. No arrests have yet been made.

The 634-page report acknowledged that efforts included increasing investigations and prosecutions; identifying more victims; and expanding training to a broader range of stakeholders.

Despite this, the report stated, “The government did not demonstrate overall increasing efforts compared to the previous reporting period, even considering the impact of the COVID-19 pandemic on its anti-trafficking capacity.”

Critical that Government has never convicted a trafficker under its 2011 Anti-Trafficking Law, the report continued, “Corruption and official complicity in trafficking crimes remained significant concerns, inhibiting law enforcement action, and the government did not take action against senior government officials alleged in 2020 to be involved in human trafficking.

“Victim identification and services remained weak, and the government did not formally adopt the National Action Plan (NAP) for 2021-2023. Therefore, Trinidad and Tobago remained on Tier 2 Watch List for the second consecutive year.”

A former official of the Counter Trafficking Unit (CTU) in the Ministry of National Security explained the magnitude of what T&T was facing as a result.

“If you are at Watch List for two consecutive years…and if we don’t step up and do what we have to, we could end up being black-listed next year,” the former official, who did not want to be named, said.

Saying T&T had a lot of work to do to get itself back up to a Tier 2 rating, which it managed to maintain from 2017 through to 2020, the ex-official said the downgrade didn’t augur well for the country.

The Bahamas and Guyana are among those countries that have managed to maintain a Tier 1 rating.

Under the category of prioritised recommendations, the report suggested increased proactive victim identification and protection among vulnerable communities, including migrants, asylum-seekers and refugees, especially Venezuelans; ensuring victims were not penalised for unlawful acts traffickers compelled them to commit; ensuring trafficking is investigated and prosecuted using the anti-trafficking law and not as other or lesser crimes.

It also called for improving cooperation between the Counter Trafficking Unit (CTU), prosecutors, the judiciary and NGOs to increase the number of cases that proceed to trial.

Although Government reported that it had prepared draft legislation in December 2020 to increase the penalties for trafficking, including for public officials complicit in trafficking crimes, the report claimed, “The draft legislation remained pending with the Ministry of National Security at the end of the reporting period.”

The Government also continued the prosecution of 51 alleged sex traffickers begun in previous reporting periods, compared with 11 in 2020.

Addressing the report, a spokesperson from the US Embassy in Port-of-Spain said, “The US Department of State urges the Government of Trinidad and Tobago to fully and transparently investigate any official suspected of complicity in human trafficking, and to seek conviction and sufficiently stringent punishment of any official found to be complicit. The Department of State urges officials to uphold the rule of law and increase victim protection efforts.”