PORT OF SPAIN, Trinidad and Tobago- (CMC) The Trinidad and Tobago government has presented a TT$50.5 billion budget to Parliament outlining a number of taxes as the twin island republic moves to diverse its economy as a result of a significant decline in revenue from the oil and gas sector.

“We must move away from our dependence on oil and gas . . . we cannot continue to live on borrowed money,” Finance Minister Colm Imbert said in a three and a half hour presentation.

Imbert told Parliament that the budget is predicated on an oil price of US$52 per barrel and a gas price of US$2.75 per mmbtu. “It should be noted that our assumed oil price is below the International Monetary Fund (IMF) forecast of US$56 per barrel for 2018 and lower than the current oil price forecast made by the World Bank and the United States Energy Information Administration and the International Energy Agency”.

He said based on these assumptions, the government is projecting total revenue of TT$45.7 billion of which oil revenue will be TT$6.41 billion and non-oil revenue TT$32.9 billion, capital revenue TT$6.4 billion.

“The total expenditure net of capital repayments and sinking fund contributions TT$50.501 billion,” he told legislators. Imbert said there would be new taxes on fuel, a new range of incentives for the importation of hybrid vehicles taking into consideration a loophole that allowed for persons to import these type of vehicles with big engines and avoiding paying the necessary takes.

He said while the incentives in the past had encouraged the importation of clean energy vehicles “there has been an unintended consequence whereby individuals have taken advantage on the tax waiver on hybrids to import luxury vehicles.

“This has caused a significant leakage of tax revenue,” he said, indicating that non-with standing the country’s current financial situation, the importation of motor vehicl hasremained unabated with an estimated 35 000 new or used vehicles entering here so far this year.

He said the taxes on vehicles with a higher engine imposed last year will remain and that motorcycles under 300 cc will be imported here without taxes. But he said the fees for motor vehicle inspection moves fromTT$165 to TT$300 and the price of super unleaded fuel will now costTT$3.97 per lire instead of the TT$3.58. The price for diesel has also increased by TT$0.38 cents to TT$3.41 cents’.

“In due course on a monthly basis, the Ministry of Energy will be required to publish the wholesale and retail product prices for the five categories of fuel. In this way, fuel prices will in future fluctuate with the prices of oil and the prices of refined products.” Imbert said that there will also be a 30 per cent Custom duty on all tyres imported into the country as well as an environmental tax of TT$20 on all tyres imported into the country “to cover the proper disposal of used tyres which is a major headache”.

The Finance Minister said that it was necessary for all stakeholders to play their part in the efforts to rejuvenate the local economy and as a result the companies operating in the oil and energy sectors will now have to pay taxes they were exempt from in the past.

“In pursing foreign direct investment Trinidad and Tobago must compete with investment opportunities in other countries to attract a share of the limited exploration and development funds available,” Imbert said, adding that with the existence of unsanctioned projects and untapped resources it has become imperative to increase the investments in the oil and gas sector to address supply concerns.

He said the Rowley administration is simplifying and modernising the oil and gas fiscal incentive regime indicating that the government should be able to share in the surplus generated by oil and gas production. “Indeed while our natural gas is being extracted at a rate of over three billion standard cubic feet per day to be converted into LNG (Liquefied natural gas) . . . and our oil is extracted at a rate of 70 000 barrels per day . . . the tax collected from the oil and gas companies has dropped by over 90 per cent.

“In fact at this time because of changes to the oil and gas fiscal regime that was introduced in 2013 and 2014 the energy companies are not paying any corporation tax at all,” he said with the companies indicating that the situation is as a result of the high level of investments in the sector.

“This cannot continue since while the grass is growing the horse is starving. With the present arrangements the companies tell us we are unlikely to get corporation taxes from them for the next seven years,” he said, adding “we consider it untenable . . . all must share in the burden od adjustment”. As a result, Imbert announced a 12.5 per cent royalty rate will now be applicable “across the board on the extraction of all gas, condensate and oil”.

He also announced that corporation taxes for all companies was now being set at 30 per cent and that “consistent with the need to share the burden of adjustment across all sectors” he was introducing a new tax bracket of 35 per cent for commercial banks operating here.

Imbert also announced a series of taxes regarding the gambling industry “in view of the extremely low level of compliance and the endemic tax evasion in the sector”. He said the new taxes in some cases will move from 20 to 40 per cent and a 10 per cent tax on all cash winnings of the National Lotteries Control Board.

He said there would also be a flat tax of TT$120 000 on roulette devices operating in bars throughout the country and the gaming tables will increase from $100 000 to $$150 000 per annum. In addition, Imbert also announced increases for annual licences for private hospitals, which he said were only paying TT$150 per annum.

“We are of the view that the licences and the penalties for operating a private hospital . . . are far too low,” Imbert said, indicating that the new fees will range from TT$25 000 to TT$100 000 annually. Debate on the budget will begin on Friday. 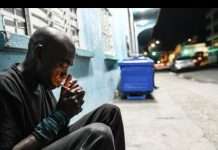