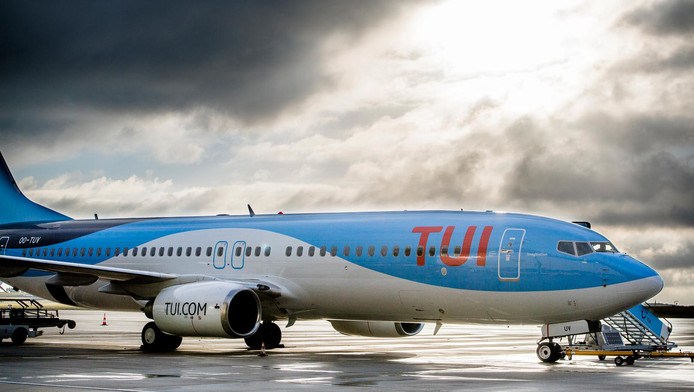 Tui are suspending the vast majority of all travel operations including package travel, cruises and hotel operations – and have made their decision in line with governmental guidelines to try and control the spread of Covid-19.

We will use your email address only for sending you newsletters. Please see ourPrivacy Noticefor details of your data protection rights

Tui will be suspending package holidays including cruises until further notice due to the coronavirus pandemic.

The company said this includes the vast majority of all travel operations including package travel, cruises and hotel operations.

They said their decision was made in line with governmental efforts to control the spread of Covid-19.

Travel company Tui said: “In this rapidly changing environment the safety and welfare of our guests and employees worldwide remains of paramount importance and thus Tui Group has decided, in line with government guidelines, to suspend the vast majority of all travel operations until further notice, including package travel, cruises and hotel operations.

“This temporary suspension is aimed at contributing to global governmental efforts to mitigate the effects of the spread of the Covid-19.

This comes after Tui holidays booked to Spain were cancelled over the weekend.

In a statement on Saturday, they said: “Following local measures put in place by the Spanish Authorities, including closing some hotel facilities and the local bars, restaurants and beaches we have made the difficult decision to cancel holidays due to travel between 14 and 16 March.

“Although there is currently no advice from the UK Government against travelling to Spain it would not be the holiday experience we would want for our customers.

“We will proactively contact all customers due to travel to Alicante between 14 March and 16 March to offer alternative holiday options or offer a full-refund.

“Any customers due to travel between 17 March and 23 March will be contacted about their holiday on Monday 16 March.”

Airlines around the world have said they would make more drastic cuts to their flying schedules, shed jobs and seek government aid after countries further tightened border restrictions because of the fast spreading coronavirus.

The owner of British Airways said on Monday that it would cut flying capacity by at least three quarters in April and May.

Its outgoing boss, Willie Walsh, will defer his retirement as the carrier tries to survive the fallout of the virus.

easyJet, Europe’s fourth biggest airline, also announced that it would be drastically scaling back its flight schedule over the coming months.

The budget-airline called on the UK government to provide it with financial assistance while announcing it would ground the majority of its fleet on a rolling basis.

“European aviation faces a precarious future and it is clear that coordinated government backing will be required to ensure the industry survives and is able to continue to operate when the crisis is over,” easyJet’s CEO Johan Lundgren said in a statement.

Both airlines said they had strong balance sheets, providing details on their cash positions and credit facilities.

IAG, which also owns Iberia and Aer Lingus, said it had total liquidity of €9.3billion, while easyJet said it had £1.6billion of cash plus an undrawn $500 million revolving credit facility.

Last week it was reported that Virgin Atlantic was preparing to plead with the government for a £7.5billion bailout so the company can survive the coronavirus pandemic.

Transport minister Grant Shapps said the government understood it was dealing with a crisis like never before.

“We know that aviation of course is at the forefront in many ways because the first thing that stops is travel internationally,” he told Sky News

“We want to make sure that companies … who are in a good state are able to continue.

“I’ll be discussing them with the chancellor and the prime minister later today and those discussions with the sector are ongoing.”