Türkiye and Cuba on Wednesday signed six agreements in various fields and underlined the importance of enhancing bilateral cooperation and solidarity.

“I especially attach importance to increasing our cooperation and solidarity with Cuba, one of our main partners in the region,” President Recep Tayyip Erdoğan said during a joint press conference with his Cuban counterpart Miguel Diaz-Canel Bermudez in the capital Ankara.

“As you know, our relations with Latin America and the Caribbean region constitute one of the main pillars of our foreign policy,” Erdoğan emphasized.

During the visit, Türkiye and Cuba signed six agreements in the areas of media and communication, culture and diplomacy.

Erdoğan said the leaders discussed ways to develop existing cooperation in fields such as energy, tourism, construction, agriculture, development, health and the environment.

Diplomatic relations between Türkiye and Cuba were established in 1952. Türkiye opened its first embassy in the Caribbean island nation’s capital Havana in 1979.

Erdoğan added that bilateral relations have remained beneath their potential since unilateral sanctions were imposed on Cuba years ago.

“Despite difficulties arising from sanctions, we see that our companies’ interest in Cuba has increased,” Erdoğan highlighted.

Türkiye and Cuba also agreed to raise their bilateral trade volume to $200 million.

“Although there has been progress in bilateral trade relations in recent months, we have agreed to further diversify our commercial and financial relations and cooperation between the two countries,” Diaz-Canel said.

“Türkiye and Cuba are among the few countries that have developed their own domestic vaccines against the coronavirus. In our bilateral meeting, we also discussed making joint vaccine investments in the next period,” Erdoğan said.

Diaz-Canel, for his part, underlined that throughout history, Türkiye-Cuba ties developed “on the basis of respect.”

The president said he had a “fruitful” meeting with Erdoğan and that the two countries agreed to further diversify bilateral trade relations.

“We have great confidence in the future of relations between Türkiye and Cuba, we believe that it will strengthen and expand,” he added.

Following a multifaceted and multidimensional foreign policy, Türkiye has increased the number of its representative offices in the Latin American region to 17 and the number of its embassies in Latin America to 16. The country is also an observer country in organizations such as the Organization of American States (OAS), the Central American Integration System (SICA), the Association of Caribbean States (ACS), the Caribbean Community (CARICOM) and MERCOSUR.

While the total volume of trade between Türkiye and the Latin American region was $1 billion in 2002, this increased to $15 billion in 2021. 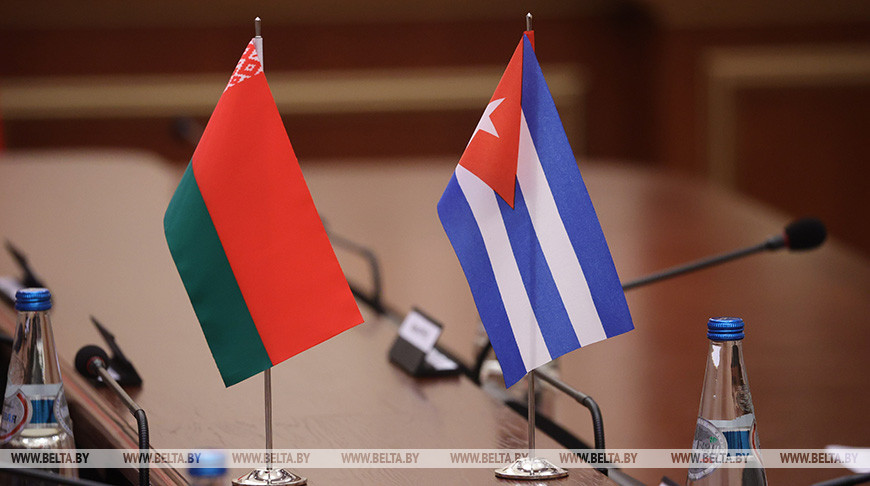 MINSK, 24 November (BelTA) – The Belarusian Medical Academy of Postgraduate Education (BelMAPO) and the University of Medical Sciences of Havana signed a cooperation agreement during the working visit of the Belarusian Healthcare Ministry delegation to the Republic of Cuba, BelTA learned from the press service of the Healthcare Ministry.

The agreement was signed by the heads of the two educational institutions. The document formalized preliminary arrangements on the exchange of students and the faculty. Prior to the signing of the document, the BelMAPO delegation studied the principles of undergraduate and postgraduate training of doctors at the University of Medical Sciences of Havana.

During the visit to Cuba the Belarusian delegation met with senior officials of the Ministry of Public Health and the Health Commission of the National Assembly of People’s Power of the Republic of Cuba.

In addition to that, the Belarusian delegation visited the immunology research center of Cuba and agreed on cooperation in prenatal diagnosis, neonatal screening, cancer and diabetes studies. The parties discussed the possibility of using Cuban reagents in various screening projects.

While visiting the Center of Molecular Immunology of Cuba, the BelMAPO representatives agreed on launching joint projects in the field of neurological diseases, ophthalmology, and treatment of burns using stem cell technologies.