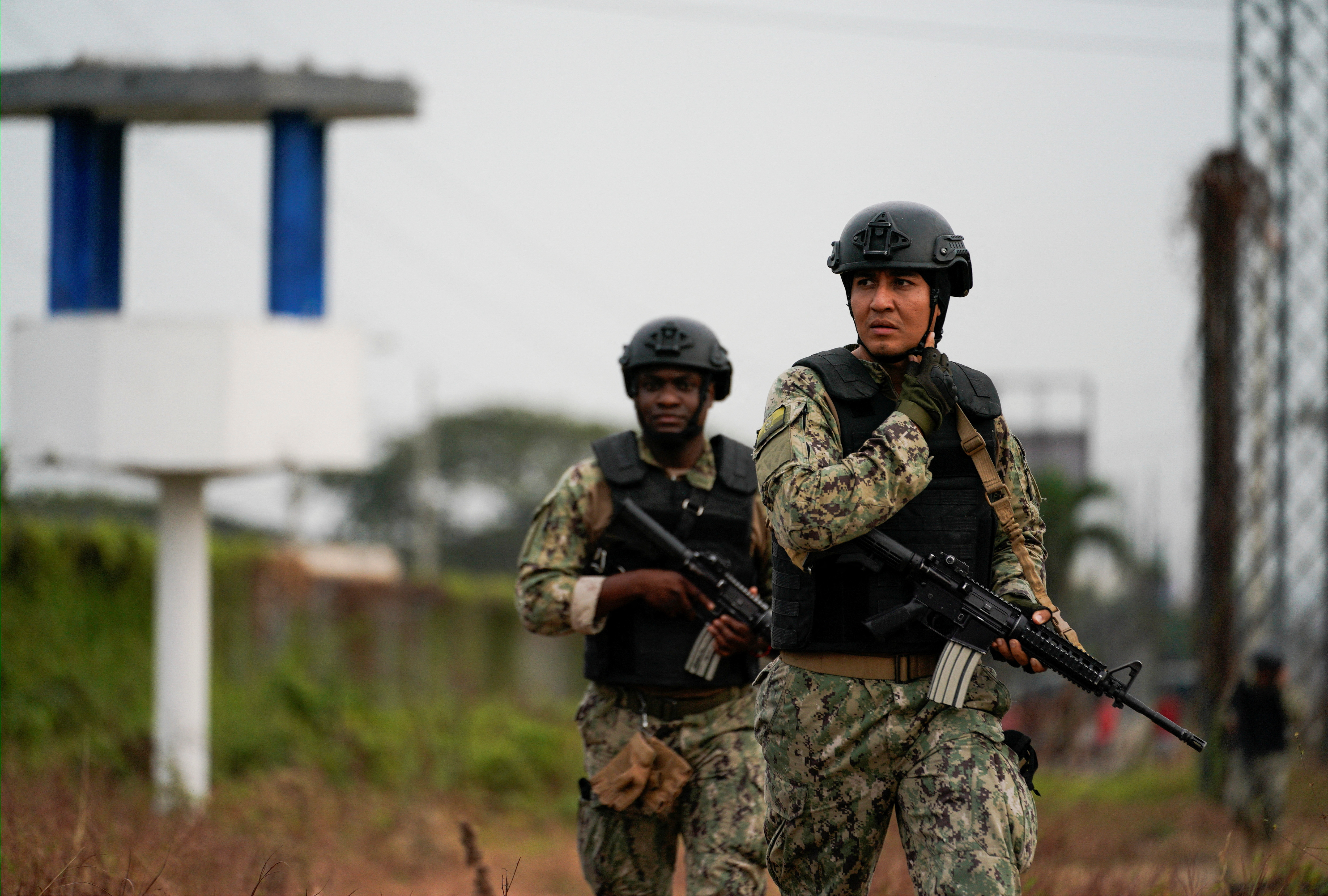 QUITO, Nov 2 (Reuters) – Fighting between gangs at Ecuador’s most violent prison has killed at least two people, prisons agency SNAI said on Wednesday, on the heels of attacks against police over prisoner transfers.

The transfer of about 1,000 people from the prison to two other detention centers sparked more than 18 attacks on police with guns and shootings against the police on Tuesday, killing five officers. The transfers are an attempt to reduce overcrowding and improve conditions for inmates, SNAI has said.

In response, President Guillermo Lasso declared a 45-day state of emergency and a curfew in Guayas and Esmereldas provinces.

Police arrested 36 people allegedly connected to the attacks and seized thousands of explosives and dynamite sticks.

“We have planned a series of operations to safeguard the peace and quiet of all Ecuadoreans who want to work and prosper,” Lasso said in a statement on Wednesday. “They will not intimidate us. They will have to answer for their actions.”

Lasso has repeatedly accused drug gangs of using violence – including inside prisons – to retaliate against his government’s efforts to combat them. Ecuador is used as a transit point for drugs bound for Europe and the United States.

More than 1,400 soldiers are helping police in Guayaquil and Esmeraldas, Defense Minister Luis Lara told reporters, and that figure could grow.

Earlier in the day police in southern El Oro province stopped a truck carrying 16,416 sticks of explosives, 1,200 sticks of dynamite and 150,000 detonating capsules.