Two Ross University students were injured, including one shot in the foot, during a robbery which saw the theft of a vehicle on Tuesday near West Farm.

St. Kitts and Nevis police issued a statement on Tuesday describing the robbery of two Ross students in West Farm who were driving on Island Main road from Ross University.

Police said that at about 11:20pm Jason Ghuman of Mattingley and Hannah Abramson of West Farm were driving in a car owned by Ghuman to Abramson’s residence.

“When they got to the residence of Adamson, they were approached by an armed assailant who demanded money. Ghuman exited the vehicle and the assailant opened fire and shot Ghuman in his right instep while Adamson was grazed by a bullet to the back of her head,” the police said.

The gunman then stole and fled in Ghuman’s vehicle.

Both were taken to JNF hospital for treatment. Adamson was treated and released while Ghuman remains warded in a stable condition.

The scene of the attack has been investigated by police and evidence taken into custody.

Ross University confirmed in an e-mail to its staff and students that two members of its community were injured during a robbery and were taken to JNF Hospital. It did not specify whether the persons robbed were staff or students. 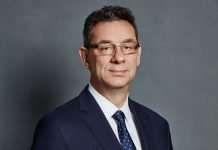