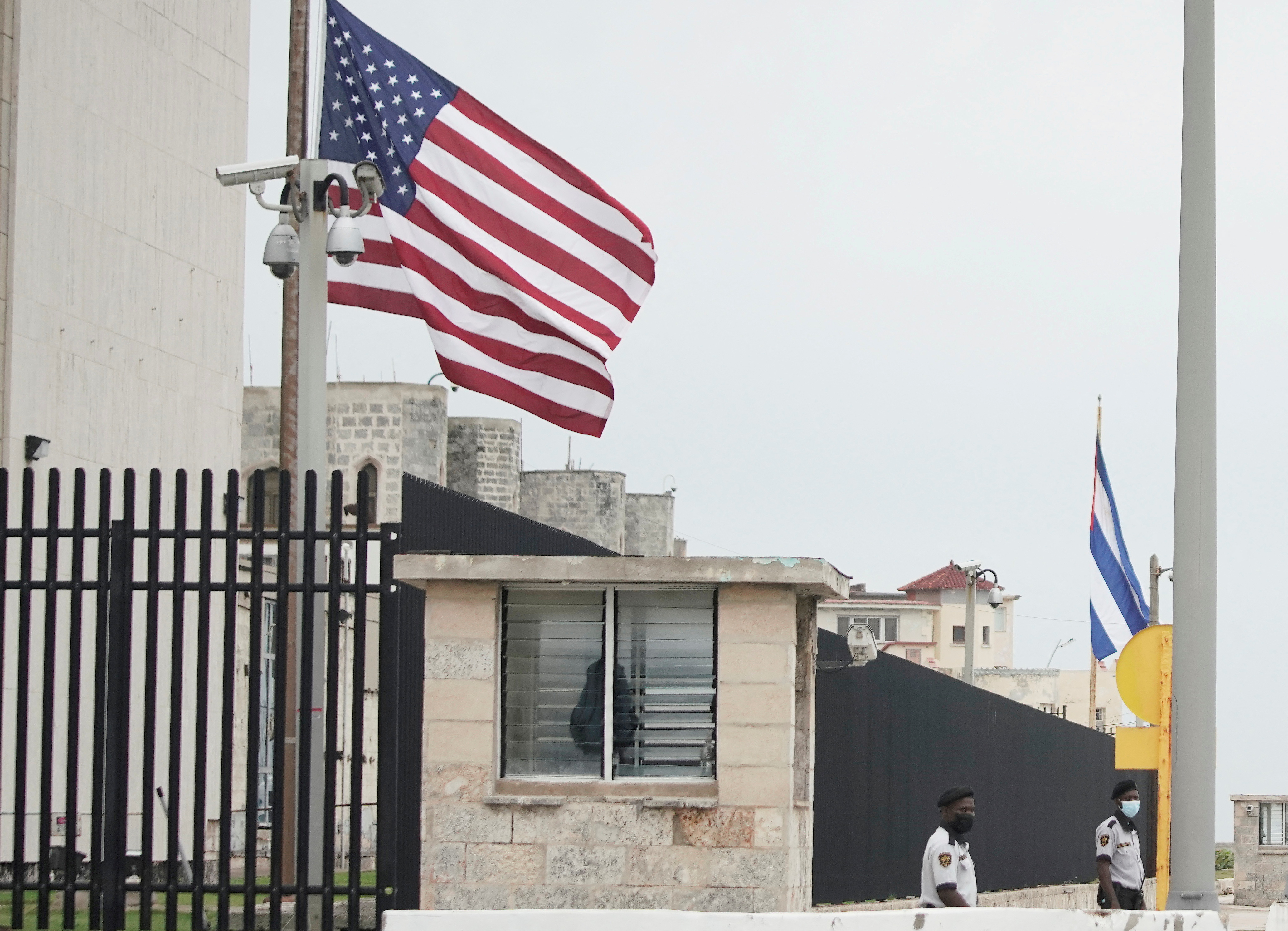 HAVANA, June 1 (Reuters) – The U.S. Embassy in Havana on Wednesday criticized the trial of two Cuban artist-dissidents as neither “free nor fair” on social media, fueling a growing standoff over human rights just weeks after Washington moved to ease sanctions on the island nation.

Activists Luis Manuel Otero Alcantara and Maykel Castillo were awaiting announcement a verdict after standing trial in Havana on Monday and Tuesday. They face seven and 10 years in jail, respectively, for alleged crimes ranging from contempt to assault.

The U.S. Embassy said on Twitter that the trial violated the human rights of Otero Alcantara and Castillo and called for their immediate release.

“To no one’s surprise, the trial was neither free nor fair. The regime used trumped up charges. They are being persecuted for their art and opinions,” the U.S. Embassy said.

Neither a group of European diplomats nor foreign journalists were authorized to attend this week’s trial. Reuters submitted a request to the Cuban government to enter the courthouse but did not receive a response. read more

A Cuban state-run radio program on Tuesday accused the U.S. Embassy of “politicizing” a normal judicial process, saying the alleged crimes at issue in the trial were clearly described in Cuba’s penal code.

“No profession exonerates anyone from being brought to trial for a crime. If you are an artist and you commit a crime, you must respond to the law,” the radio report said.

Otero Alcantara and Castillo are members of a Havana-based artists collective that spearheaded an unusual wave of small protests before most left Cuba, alleging repression. Both men also appeared in the music video for the Latin Grammy-winning song Patria y Vida, the unofficial anthem of widespread anti-government protests on the island last July 11.

The U.S. Embassy has continued to blast Cuba’s handling of trials – and has moved to limit Cuba’s participation in the upcoming regional Summit of the Americas – even as the administration of President Joe Biden moved to ease sanctions on the island in May.