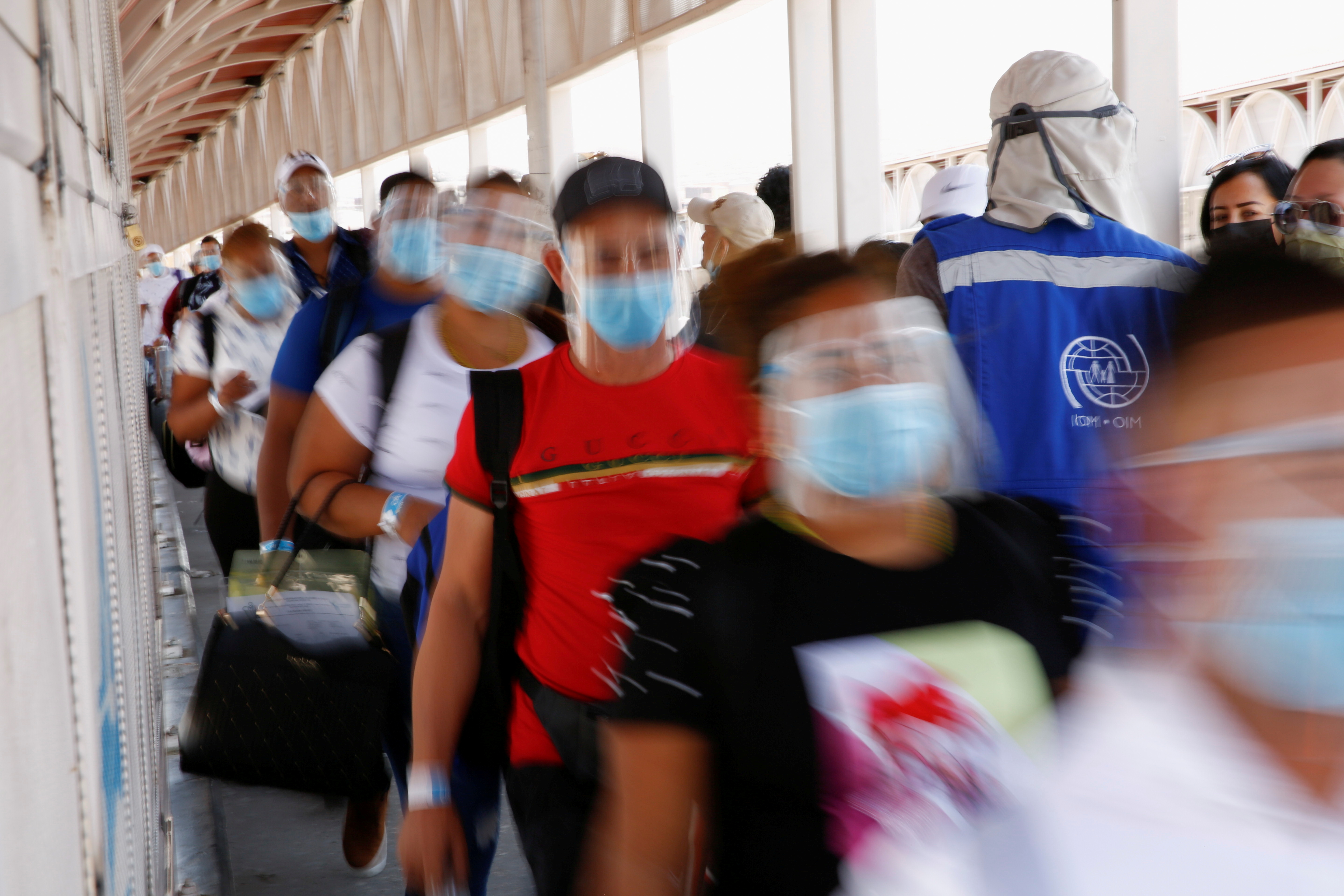 Oct 15 (Reuters) – President Joe Biden’s administration is taking steps to restart by mid-November a program begun under his predecessor Donald Trump that forced asylum seekers to wait in Mexico for U.S. court hearings after a federal court deemed the termination of the program unjustified, U.S. officials said Thursday.

The administration, however, is planning to make another attempt to rescind the Migrant Protection Protocols (MPP), commonly called the “Remain in Mexico” policy, even as it takes steps to comply with the August ruling by Texas-based U.S. District Court Judge Matthew Kacsmaryk, the officials said.

The possible reinstatement of MPP – even on a short term basis – would add to a confusing mix of U.S. policies in place at Mexican border, where crossings into the United States have reached 20-year-highs in recent months. The administration said it can only move forward if Mexico agrees. Officials from both countries said they are discussing the matter.

Mexico’s foreign ministry said in a statement on Thursday that it has expressed a “number of concerns” over MPP to U.S. officials, particularly around due process, legal certainty, access to legal aid and the safety of migrants.

Trump, a Republican known for hardline immigration policies, created the MPP policy in 2019, arguing that many asylum claims were fraudulent and applicants allowed into the United States might end up staying illegally if they skipped court hearings. Biden, a Democrat, ended the policy soon after taking office in January as part of his pledge to take a more humane approach to border issues.

Immigration advocates have said the program exposed migrants to violence and kidnappings in dangerous border cities where people camped out for months or years in shelters or on the street waiting for U.S. asylum hearings.

Biden in March said that “I make no apology” for ending MPP, a policy he described as sending people to the “edge of the Rio Grande in a muddy circumstance with not enough to eat.”

After the Republican-led states of Texas and Missouri sued Biden over his decision to end the program, Kacsmaryk ruled in August that it must be reinstated. The U.S. Supreme Court, whose 6-3 conservative majority includes three justices appointed by Trump, subsequently let Kacsmaryk’s ruling stand, rejecting a bid by Biden’s administration to block it.

The administration has said it will comply with Kacsmaryk’s ruling “in good faith” while continuing its appeal in the case. The administration also plans to issue a fresh memo to terminate the program in the hopes it will resolve any legal concerns surrounding the previous one, officials said.

“Re-implementation is not something that the administration has wanted to do,” a U.S. Department of Homeland Security (DHS) official, speaking on condition of anonymity, said in a call with reporters. “But in the interim we are under this obligation of the court.”

The official said the administration has taken steps including preparing courts, some housed in tents, near the border where asylum hearings could be held.

For MPP to restart, Mexico has said that it first wants to make sure migrants have access to legal counsel and that particularly vulnerable people are not returned, a second DHS official said.

A senior Mexican official, also speaking on condition of anonymity, said that while conversations have been underway through a working group since the August Supreme Court ruling, “there is no decision at this point.”

Biden has left in place another policy that Trump implemented in March 2020 early in the COVID-19 pandemic that allows for most migrants caught crossing the border to be rapidly expelled for public health reasons, with no type of asylum screening. One DHS official said that policy will continue.

Mexico has also expressed its concern over this policy, the foreign ministry said on Thursday, warning that it incentivises repeat crossings and puts migrants at risk.

In a win for Mexico on a separate front, the United States said this week it will lift restrictions at its legal ports of entry for fully vaccinated foreign nationals in early November, ending curbs on non-essential travelers during the pandemic.

Reporting by Mica Rosenberg in New York and Kristina Cooke in San Francisco; Additional reporting by Frank Jack Daniel; Editing by Will Dunham