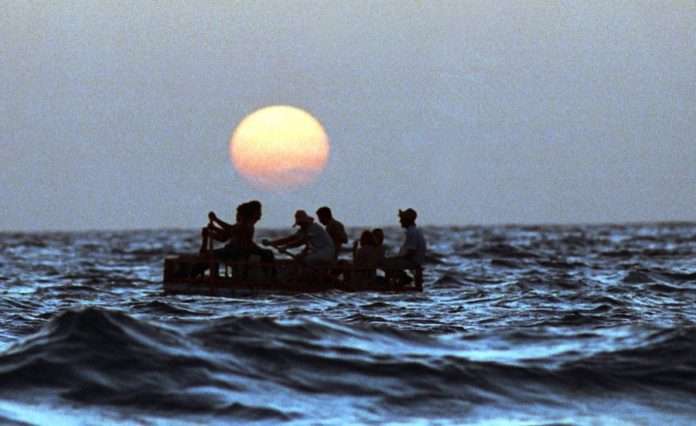 HAVANA, Jan 5 (Reuters) – The U.S. Coast Guard said late on Tuesday it had returned 119 Cuban migrants to their island home after picking them up at sea, marking a growing trend of migration by water from the poor, communist-run country to its wealthy northern neighbor.

The migrants, swept up in 12 operations that took place over just three days in the South Florida Straits from the Bahamas to the Florida Keys, were found in boats adrift offshore, the U.S. Coast Guard said in a statement.

Cuban state media said Tuesday’s repatriation was the largest in four years. Footage from the docks on Cuba’s north shore showed masked health workers clad in white receiving the migrants, who had been delivered by boat by U.S. authorities.

A growing group of migrants are trying their luck at sea in recent months as Cuba’s economy is battered by mounting U.S. sanctions and the COVID-19 pandemic, which has hobbled international tourism vital for foreign exchange on the Caribbean island.

The dangerous crossing, complicated by swift ocean currents, relentless sun and wind and shoddy vessels, has claimed the lives of many Cubans over decades.

Coast Guard figures show 586 Cuban migrants have attempted to illegally migrate to the United States in the first three months of fiscal year 2022 alone, a far faster clip than in 2021, when the Coast Guard repatriated 838 Cubans all year.

The number of Cubans arriving at the U.S.-Mexico border also hit its highest in a decade between October 2020 and May 2021, according to U.S. immigration statistics, as many Cubans turn to overland routes to attempt to enter the United States. read more

Cuba says it advocates legal, orderly and safe migration, and has blamed the United States for the uptick in illegal migration, saying the country’s policies, including the Cold War-era embargo, encourage Cubans to risk their lives to leave the island.

U.S. Secretary of the Department of Homeland Security Alejandro Mayorkas said last year following unprecedented protests in Cuba that Cubans leaving the island “will not come to the United States.”