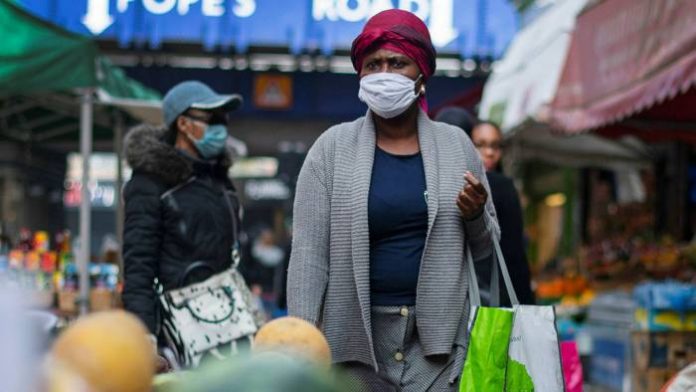 COVID-19 in the UK starkly illustrates the racial and ethnic divide between its Black and White populations. Coronavirus is killing black Caribbean people in hospitals in England at almost three times the rate of white people, highlighting inequalities in the deadly effects of the disease.

Experts said that unlike in the US, the higher mortality rate, especially for those of black Caribbean descent, was not simply because the victims were more likely to live in areas where the virus was most prevalent.

The figures and analysis will reinforce concerns that Covid-19 has exposed deep disparities in British society, with some ethnic minority groups facing choices between their lives and their livelihoods.

Figures from NHS England on Thursday showed the disproportionate pain the coronavirus has inflicted on black Caribbean people — far greater than on other large ethnic minority groups or on white people.

Separate NHS England data showed that 6.8 per cent of all coronavirus positive tests were for black people, while the group represented just 3.5 per cent of the English population in the 2011 census. Although black people were not over-represented in hospital admissions, they accounted for 7.8 per cent of patients admitted to intensive care.

Richard Blundell, professor of economic policy at University College London, said the pandemic had highlighted the need to address all the challenges of inequality, especially as it affected ethnicity. “There is no question there is a really worrying, disproportionately high number of hospital deaths among non-white British people and we’re only just beginning to understand that,” he said.

His comments supported Institute for Fiscal Studies research on Friday that showed, using earlier data, differences exist even when you took account of the fact more black people lived in urban areas harder hit by coronavirus.

The research institute added that people from the Pakistani, Bangladeshi and black African groups also had a much higher death rate once they accounted for the younger age of these communities than the white British community.

The results might exaggerate the racial impact of coronavirus so far because they only measured hospital deaths, the IFS conceded, and 94 percent of care home residents, which were not included in its study, were white.