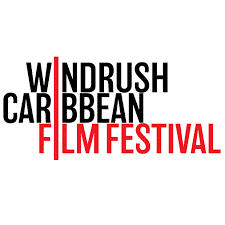 The Windrush Caribbean Film Festival (WCFF) Film Awards were handed out at the closing screening in Birmingham on July 17, 2022.

The Best Short Film honor was handed to filmmaker, Alex Koyode-Kay for his film on the little-known story of a young community activist, Olive Morris. The Ballad of Olive Morris is a short film that shows a true-life incident in Brixton, London in 1969.

Seventeen-year-old Olive Morris was assaulted by police officers after she tried to prevent a Nigerian diplomat from being arrested and assaulted under false pretences by Metropolitan police officers.

This film was timely as it coincided with the anniversary of Olive’s death on July 12, 1979.

Best Feature Film was awarded to Tony Oldham, the producer/director of Arts of Conflict – The Discourse of Notting Hill Carnival. The Notting Hill Carnival has been described as Europe’s largest street festival, but in the UK, many feel it’s been demonized by the media, police, politicians, and local residents unfairly.

This is the story of the controversial event, from its inception in the 1950s London race riots, to its present-day.

The final accolade which is given from the festival’s content is the Best Film. This year the award goes to Patricia Frances for Art of Oppression. This film uses a documentary format to allow three diverse female artists to use their art to speak of marginalization and injustice.

The coveted award which has become synonymous with the festival is the Paulette Wilson Justice Award. This year the recipient is Wendy Williams CBE for all her determination to deliver a strong report on the causes of the Windrush scandal and lessons learned for the Home Office.

Speaking after the awards she said, “I am both honored and privileged to accept the Paulette Wilson Justice Award, and I am particularly humbled when I think about the person in whose name the award is being given.”

This award is sponsored by Integriti Capital and was launched in honor of the Windrush campaigner who sadly passed away before she could be compensated as a result of the Windrush scandal. Throughout her campaign, Paulette fought tirelessly against her own deportation to Jamaica and for all others affected by the scandal. Her efforts brought media attention to the human rights violations of those caught up in the Windrush scandal.

“The experiences of Paulette Wilson were both harrowing and unjust and it was a privilege for me to have the opportunity to document her experiences and the experiences of so many others. I can only hope that my review has played a small part in telling the stories of those from the Windrush generation who were badly affected” continued recipient Wendy Williams, CBE.