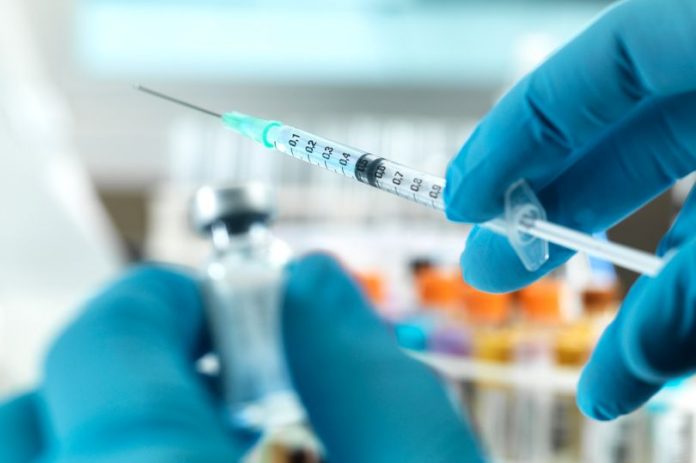 Scientists trying to develop a vaccine in the UK are working at ‘astonishing’ speed, according to a documentary maker given access to their laboratory.

TV doctor Michael Mosley visited Porton Down lab where vaccines being developed by Oxford University and Imperial College London researchers are being tested. He told the Mirror: ‘Everybody is moving ahead with the belief we’ll have a vaccine by the end of the year.

The speed at which it’s happening is astonishing as vaccines normally take five to 10 years.’ Sarah Gilbert, professor of vaccinology at Oxford University, previously said she is ’80 per cent’ confident that the vaccine her team are working on would be successful.

Asked if the vaccine could be ready by September, Professor Gilbert replied: ‘Yes and we have to go for that.’ She added it was ‘just about possible if everything goes perfectly’.

Plans have been revealed for the UK to have 30 million coronavirus vaccines given to the public by September, according to Business Secretary Alok Sharma.

Progress with the vaccines was discussed by the secretary during Downing Street’s daily briefing on Sunday, in which it was confirmed that Oxford University have finalised a licensing agreement with pharmaceutical company, Astra Zeneca.