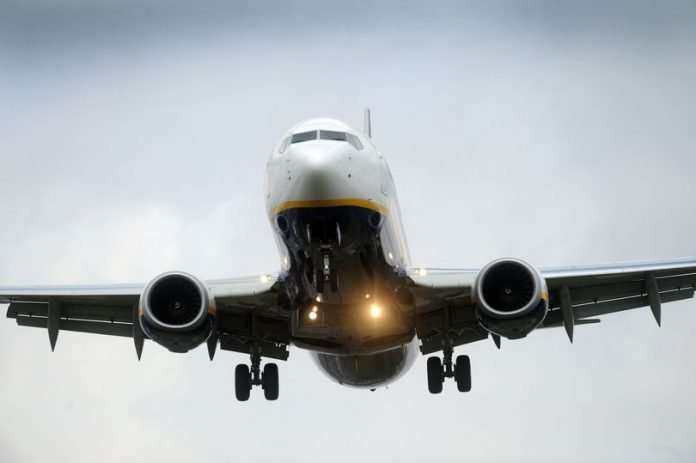 The charter flight carrying less than 10 people departed from Stansted Airport at around 1am on Wednesday. Those on board were Jamaican residents of Britain being deported by the UK Government.


Human rights activists have revealed the ‘chaotic’ scenes that took place moments before a mass deportation flight to Jamaica – including alleged attempted suicides.

The plane left from London Stansted Airport in the early hours of Wednesday (August 11) containing up to 10 Jamaican nationals previously convicted in UK courts. One is understood to be from Birmingham.

The move has been slammed as an ‘abomination’ by human rights activists who claimed some detainees made suicide attempts while in detention before the flight.

Those onboard included convicted offenders who have been deemed to be in this country illegally.

It is the fourth deportation flight since the Windrush scandal broke in 2017, with one plane – nicknamed ConAir – leaving from Birmingham.

Bella Sankey is the director of Detention Action which had taken up some of the deportation cases.

She tweeted today: “There has been A LOT going on behind the scenes of the #Jamaica50 flight tonight. Horrifying suicide attempts and now lots and lots of people being taken off the plane.

“It is complete chaos, and we’re still receiving referrals. Just now from a man with clear potential Windrush links but who has not had proper legal advice and doesn’t even have any immigration papers.

“He is confused yet on the bus to the plane having spent over 30 years here. The Home Office hasn’t got a clue what it’s doing.

“It is shocking to see so many people’s lives hanging in the balance and nearly all without time or access to properly make their case.

“There is no way a mass expulsion can ever uphold human rights or ensure that those with the right to be here are allowed to stay.

“No country should accept charter flights. They sweep everyone up and create a political spectacle that dehumanises those involved and their children & loved ones.

“Transatlantic crossings in the dead of night? It is sickening.

“So much harm has already been done. There are likely thousands of British children who have been permanently scarred by a parent being ripped away.”

Campaigners have called for the flight to be turned around due to concerns about the spread of the Delta coronavirus variant. They also claim a ‘frail 66-year-old with dementia’ was among the people who boarded the plane this morning.

Karen Doyle, the national organiser for Movement Justice, an organisation that played a pivoted role in campaigning against the deportations told Birmingham Live: “I’ve worked with 30 detainees, of those 26 had their tickets cancelled and four were on the flight.

“One of those who boarded the plane was a 66-year-old vulnerable frail man who we suspect has dementia. His condition meant it was impossible to get the evidence needed to fight his case. He’s second-generation Windrush and had been in the UK for 32 years.

“We will be working with Detention Action to try and get him back as he has no family in Jamaica. He had worked his whole life for the former Department of Health and Social Security.

“He was taken straight from prison and only had three days to try and build a case. It’s a massive injustice. This is exactly how things like the Windrush scandal happen. He’s no danger to the public, he can barely walk.”