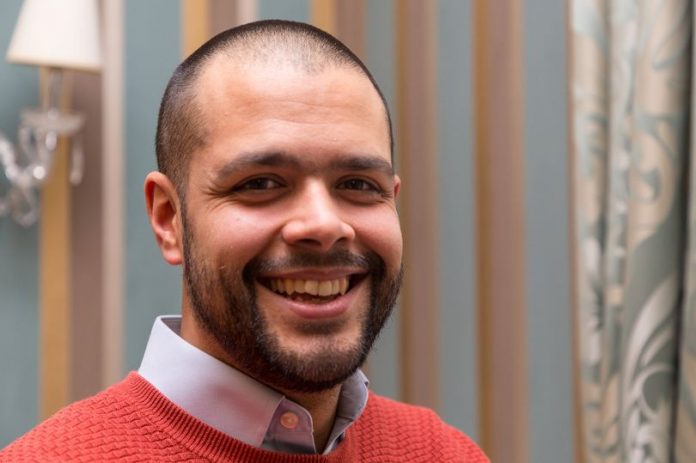 A UK doctor has cut through all the fog to bring you his no-nonsense guide on everything you need to know about coronavirus.

Cardiologist Dr Dominic Pimenta, 32, said was fed up of seeing “a lot of misinformation” about the virus.

So he has put together a guide on everything you need to know about Covid-19, compiled using expert advise and medical journals from around the world

The registrars from London warned there was “no ‘media hysteria'” because “there has not been a comparable situation in the UK in a hundred years”.

He said a vaccine probably won’t be around for 12 months – but provided reassuring stats on “mild” cases being the most prevalent.

He emphasised that the most important way to combat the virus is to wash your hands frequently, avoid unnecessary travel, and self-isolate if you feel unwell.

Dr Pimenta said the virus can be “disrupted” by alcohol-based cleaning fluid – and he advised people to “ignore” anyone who suggests that ‘anti-bac’ means it does not work on viruses.

He said: “Take the threat seriously, as much to protect others as far as possible as yourself.

“There is no ‘media hysteria’, there has not been a comparable situation in the U.K. in a hundred years.

“The facts are deadly serious here, as they always were. Be informed, be kind, stay safe.”

Dr Pimenta, who is based at the Royal College of Physicians, near Regents Park in London, said: “There was a lot of misinformation out there.

“This especially regards the severity of the virus and what is and isn’t going to help.

“My wife is a doctor too so we have discussed this a lot at home, which informed most of the deep delve into what has been published already.

“I also worry social media drives a lot of negative health behaviour, which could be hugely damaging in a pandemic.”

Dr Pimenta, whose Twitter handle is @juniordrblog, posted his advice online but made sure to let his 19,000 followers know that he is a heart doctor, and not a virus specialist.

But he backed up his list of facts by citing and sharing scientific journal articles and published papers.

He said: “Most of the data we have about Covid-19 is from the Wuhan, China outbreak, and it is still incomplete.

“Most notably it isn’t clear how many very mild or asymptomatic cases have been tested for, potentially giving us a skewed view of how the virus behaves.”

The total number of confirmed coronavirus cases worldwide currently stands at 96,278, with over 3,300 deaths from the virus – although 53,900 people have made a recovery.

Quoting from the Journal of the American Medical Association (JAMA), he outlined how different age groups have been affected by the virus so far.

The most-affected age range are people aged between 30 and 79 years old – with 87 per cent of diagnoses (over 38,000 cases) falling within this age range.

“Shortness of breath and pneumonia develop in 10-15 per cent of cases. Ten per cent have abdominal symptoms: diarrhoea and pain.”

The doctor then shared a table outlining that every one person who gets infected with coronavirus will typically pass it on to two or three other people.

The virus has a mortality rate of between one to three per cent, he said.

He cited that in the worst-case scenario, 80 per cent of the UK population could be infected – but up to 15 per cent of milder cases may never get diagnosed at all.

“The ‘incubation’ period, from the time you are exposed to producing symptoms, is reported as between three and 24 days,” Dr Pimenta wrote.

“It has been shown asymptomatic patients in this phase can still pass the virus on to others.

“The virus is spread primarily by droplets, either sneezed out and inhaled by another person or probably less commonly, onto a surface that is then touched and introduced to the mouth or nose by your own hands.

“Studies of other Coronaviridae have suggested virus droplets can remain infectious, viable, on a surface for up to nine days.

“They can be disrupted by alcohol-based cleaning fluid. Hence you can see why WASHING YOUR HANDS can reduce the spread dramatically.

“Hand sanitiser is probably not as good, but if it’s alcohol-based (60 per cent at least), it can disrupt the virus droplets.

“This isn’t true of all viruses, but please ignore the “scientist” on Twitter about ‘anti-bac’ meaning doesn’t work on viruses. It does.”

He added: “There is no vaccine or current antiviral medicine yet, and probably not for 12 months minimum.”

He stressed to “take the numbers with a pinch of salt”, and added: “It heavily depends on how you define what a ‘case’ is.

“This has changed several times and may still be missing infections that cause no or very mild symptoms.

“We are now seeing local spread in non-travellers in many countries, UK included.

“This suggests that for each case we do identify as coronavirus we are missing 1-2 more, who potentially will infect 2-3 more people.

“The CMO [Chief Medical Officer] has suggested in the worst-case scenario, 80 per cent of the population could be infected.

“The real challenge will be caring for severe cases. The UK has very few intensive care beds and even fewer doctors and nurses per head, compared to Europe or the USA.