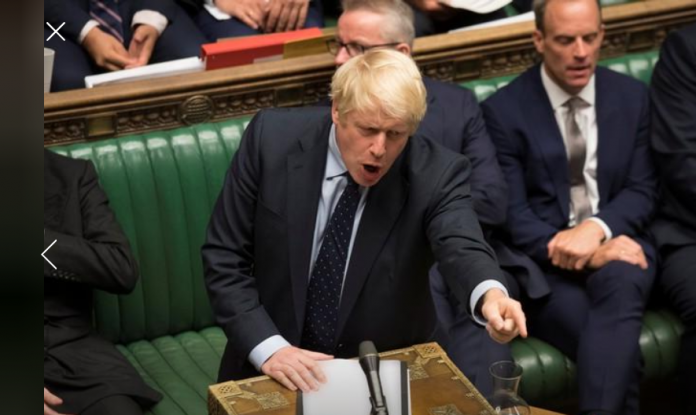 LONDON (Reuters) – British Prime Minister Boris Johnson has only been in the job a few weeks yet he will call a snap election today (Sept. 4) after lawmakers seeking to prevent him taking Britain out of the European Union without a divorce deal dealt him a humbling parliamentary defeat.

On the plus side for Johnson a judge at the highest court in Scotland has found his planned prorogation (closing) of parliament lawful.

Legal action aimed at preventing the UK government suspending parliament ahead of the Brexit deadline of 31 October was considered at the Court of Session in Edinburgh.

Lord Doherty revealed his decision that the prorogation was lawful this morning.

It followed claims Mr Johnson wants to limit MPs’ scrutiny and their attempts to stop a no-deal Brexit.

Announcing his decision, Lord Doherty said the decision on proroguing parliament was for politicians, and not for the courts.

He said: “In my view, the advice given in relation to the prorogation decision is a matter involving high policy and political judgement.

“But the main battle is currently in parliament, where the Prime Minister has lost his majority and does not have the support of the House for his dangerous plan to impose a no-deal Brexit on the country.

“We have wrested control of parliamentary business and will attempt to pass a law that makes a no-deal Brexit illegal. We will also fight to secure a final say for the people of the UK on Brexit and we must campaign to remain in the EU.”

An alliance of opposition lawmakers backed by 21 rebels from Johnson’s Conservative Party defeated the government on Tuesday on a motion allowing them to try to pass a law which would force a three-month extension to Britain’s EU exit date.

Johnson cast the rebellion as an attempt to surrender to the EU, vowed never to delay Brexit beyond Oct. 31 and said the country needed an election. The government has scheduled a vote on an election for about 1800 GMT on Wednesday.

But opposition parties and rebels in his own party said they would not allow a no-deal Brexit to be “smuggled” through under the cover of an election.

“We’re not going to dance to his tune,” said Keir Starmer, the opposition Labour Party’s point man on Brexit. “It’s obvious what he’s up to. He wants to intercept this bill having lost control of parliament and stop us finishing the task in hand.

“We’re not going to vote with Boris Johnson today to deprive ourselves of the opportunity to complete the business that we’ve just seized control of the house to do,” he said.

Johnson has promised to lead the United Kingdom out of the European Union on Oct. 31 with or without a deal, raising fears that he could catapult the world’s fifth largest economy into an abrupt departure from the bloc without agreement on how to handle everything from food regulations to car component imports.

The showdown between prime minister and parliament continues on Wednesday with a dizzy array of events planned including a vote on the attempt to block no deal, a vote on Johnson’s election bid and weekly questions to the prime minister.

“Base case is pre-Brexit election, but not necessarily before the 31st October,” U.S. investment bank Citi said. “No deal risk persists, but now wrapped in a general election.”

An election would open up three main options: a Brexit-supporting government under Johnson, a Labour government led by veteran socialist Jeremy Corbyn or a hung parliament that could lead to a coalition or minority government of some kind.

In a sign of just how far Brexit has distorted British politics, Johnson’s Conservatives vowed to expel the 21 rebels – including the grandson of Britain’s World War Two leader Winston Churchill and two former finance ministers – from the party. Johnson also lost his working majority in parliament.

“How, in the name of all that is good and holy, is there no longer room in the Conservative Party for @NSoames?” Ruth Davidson, who quit as the Conservatives’ leader in Scotland last week, wrote on Twitter.

Johnson said he did not want a no-deal Brexit – which investors warn would roil financial markets and send shockwaves through the European economy – but it was necessary to put it on the table so that Britain could negotiate the result it wanted.

The EU has refused to renegotiate the Withdrawal Agreement reached with Johnson’s predecessor Theresa May last November, and there were reports in British newspapers that Johnson’s top adviser Dominic Cummings had described negotiations as a sham.

When asked on Wednesday if that was how he saw the Brexit negotiations with the EU, Cummings told Reuters: “No. I never said that.”