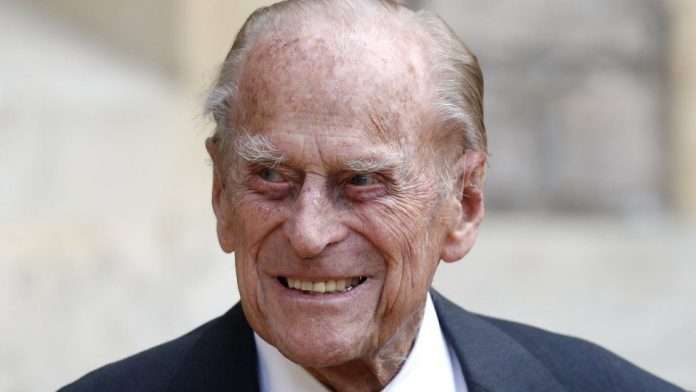 Prince Philip, the Duke of Edinburgh and husband of Queen Elizabeth II, died on Friday at the age of 99, just three months from his 100th birthday/

Buckingham Palace announced that the prince died “peacefully” at Windsor Castle, where he and the queen have spent most of the past year amid the coronavirus pandemic.

“Further announcements will be made in due course,” the palace said in a brief statement. “The Royal Family join with people around the world in mourning his loss.”

It is with deep sorrow that Her Majesty The Queen has announced the death of her beloved husband, His Royal Highness The Prince Philip, Duke of Edinburgh.

His Royal Highness passed away peacefully this morning at Windsor Castle. pic.twitter.com/XOIDQqlFPn

Philip had reportedly insisted that he did not want the “fuss” of a state funeral at Westminster Hall, according to The Times of London. His body is instead expected to lie in St. James’s Palace, similar to the funeral arrangements for the late Princess Diana.

He had retired from public life in August 2017 following more than 20,000 royal engagements. After crashing his car in 2019, he also gave up his driving license.

The prince had been admitted to the hospital in February of this year after “feeling unwell” and was treated for an infection and preexisting heart condition.

The Greece-born royal was a constant companion for the world’s longest-serving monarch throughout their 73-year marriage.

The couple, who are both great-great-grandchildren of Queen Victoria, were married in 1947 in a ceremony at Westminster Abbey that more than 200 million people listened to on the radio.

Philip gave up his naval career and became the queen’s “consort, the title given to the official companion of the monarch, after the sudden death of her father King George VI in 1952.

”Being married to the queen, it seemed to me, my first duty was to serve her in the best way I could,” Philip said in 2011.

The duke served as the patron of dozens of charities and championed several causes, including environmental preservation and science. He was also an avid art collector and polo player.

However, he brought negative attention to the monarchy over the years for his occasionally racist and sexist remarks.

He is known for helping to usher the Royal Family into the modern age, even becoming the first member of the family to do a televised interview.

“He helped create the model of the British Royal Family that has enabled it to continue forward into the 21st century,” historian Sarah Gristwood told NBC News. “We may have lost sight of that now, but I hope we’ll remember him for it.”

The queen praised her husband’s influence during a speech for their 50th wedding anniversary in 1997, calling him her “strength and stay.”

“I, and his whole family, and this and many other countries, owe him a debt greater than he would ever claim or we shall ever know,” she said at the time.

He is also survived by eight grandchildren, including Peter and Zara Phillips; Prince William and Prince Harry; Princesses Beatrice and Eugenie; and Lady Louise Windsor and James, Viscount Severn. He also had 10 great-grandchildren.