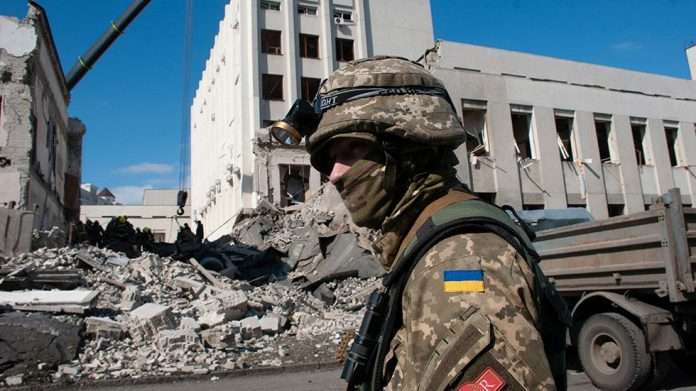 The virtual meeting, which included ministers and chiefs of defense from 47 countries, was the second Ukraine Contact Group gathering since Russia’s attack began in late February.

New commitments: “Many countries are donating critically needed artillery ammunition, coastal defense systems and tanks and other armored vehicles,” Austin told reporters at the Pentagon after the meeting ended. “Others came forward with new commitments for training Ukraine’s forces and sustaining its military systems.”

Who’s giving what: Among the weapons being committed is a Harpoon launcher and missiles from Denmark to “help Ukraine defend its coast,” Austin said.

The Czech Republic, meanwhile, agreed to send “substantial support, including a recent donation of attack helicopters, tanks and rocket systems,” he added.

In addition, Italy, Greece, Norway and Poland all announced new donations of artillery systems and ammunition.

Intensifying efforts: Austin said he was encouraged by several more countries joining the group in its second meeting, including Austria, Bosnia and Herzegovina, Colombia, Ireland and Kosovo.

“I’m deeply grateful to these countries and to all the countries that have stood up today,” he said. “In the short four weeks since the contact group convened at Ramstein, the momentum of donations and deliveries has been outstanding. And after today’s discussions, I’m pleased to report that we’re intensifying our efforts.”