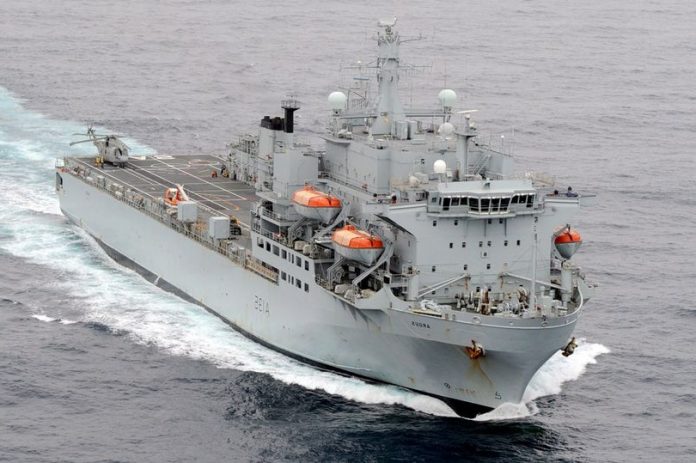 The UK’s only hospital ship set sail from Plymouth yesterday for the Caribbean to support British Overseas Territories during the upcoming hurricane season and support the response to the Covid-19 pandemic – as the coronavirus crisis worsens at home.

However, Plymouth Sutton and Devonport Labour MP Luke Pollard says that while sending RFA Argus – the Primary Casualty Receiving Ship of the Royal Fleet Auxiliary – is the “absolutely the right thing to do”, it shows that the Royal Navy and the RFA do not have enough ships.

The Shadow Secretary of State for the Environment said the UK must “continue to support British Overseas Territories at this time”, but said “people will be asking why” the country’s “only hospital ship…  is being deployed, when she could be alongside in London”.

“It’s right that she is being deployed, but it shows the UK doesn’t have enough ships,” said Mr Pollard. “Hurricanes and coronavirus are not something that British Overseas Territories should have to deal with on their own.”Our Armed Forces are standing up to help in the UK, with food distribution and the construction of emergency Nightingale hospitals.

“What we can’t do is ignore British Overseas Territories including Gibraltar the Falkand Islands and those in the Caribbean.”

But Mr Pollard said the decision to send RFA Argus – which is regularly seen in Falmouth at docks owner A&P is contracted by the Ministry of Defence (MoD) for its maintenance and refits – “will raise eyebrows” and was “because we don’t have enough ships”.